When Apigee priced its IPO yesterday, it became the newest example of what we have termed an IPO Down Round, where the IPO prices below the last private round of investment. Apigee’s last private round, its Series H, was a mix of venture and institutional investors and sold for $22.116 per share. The IPO priced at $17, 23 percent lower than the last raise. 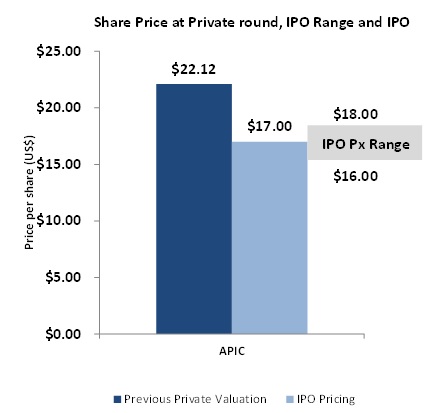 By today’s first trade of $20, however, the margin had narrowed to a -10 percent return. Investors that paid $22.16 a year ago in the Series H actually would have been better off buying the stock in the open market when it commenced trading, along with everyone else. 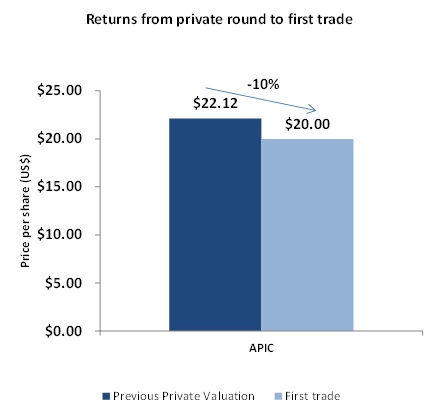 The Series H shares did however carry an anti-dilution clause, which was triggered on the IPO pricing, and that caused the issuance of an additional 111,918 shares based on our computation from the S-1. While this further reduced the negative return, Series H investors still ended up with a negative 6.2 percent return on the opening trade.

Factoring in the impact of the anti-dilution ratchet, Series H investors reached an actualized negative (6.2 percent) return. The math looks like this:

Based on the opening trade of $20, Series H investor returns increased to negative (-6.2%) 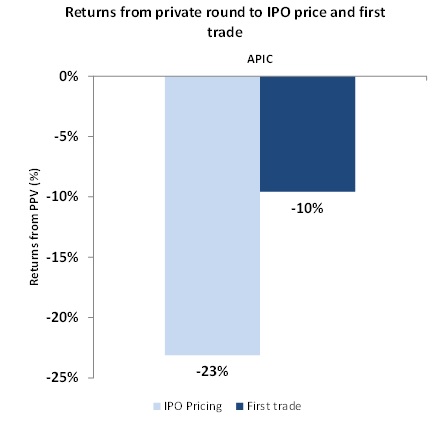 IPO down rounds are becoming more common, and even more so when companies go public rapidly after they raise their “last” round of private funding. Our review of data has shown the average time from last private round to IPO of late has been 20 months, and when it goes faster, it generally goes worse.

In the case of Apigee, the IPO occurred roughly 11 months after the Series H. The more rationally priced round actually occurred 10 months before that (21 months before the IPO). That was the Series G where BlackRock made its first appearance at $16.91 a share, a price just below the IPO pricing and handily below the first trade.

A brief history of their prior rounds appears below. 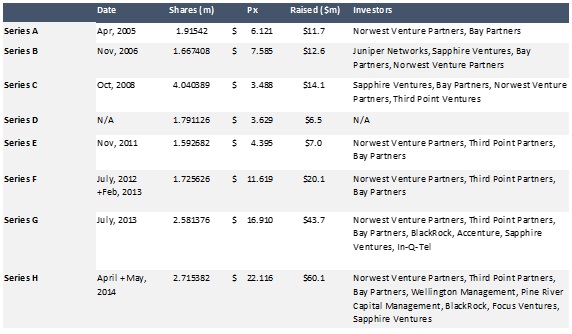 As you can see, the early venture investors, like Norwest, that participated throughout the life of the company generated far more compelling returns, although over a much longer time frame. Late-stage investors that got there right in time for the IPO generated modest losses for now.

So we’re scoring this one a win for traditional venture capital and a modest loss for the institutions and late stage venture folks in the last round.