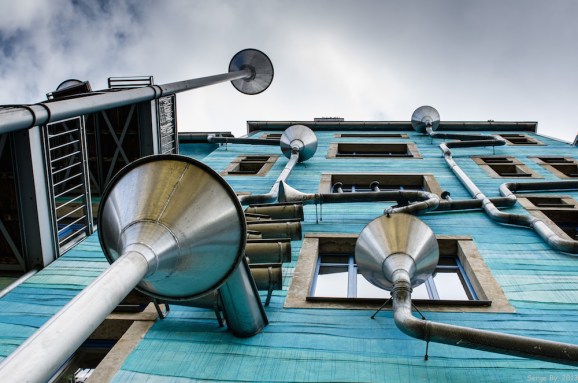 Big data sales intelligence startup Datanyze is adding a new product to its existing bag of lead-finding tricks. Give Datanyze access to your Salesforce account so it can analyze your best customers, and the company will comb through millions of other companies to find the best look-alike leads.

The company — which spiders millions of websites daily to sniff companies’ tech stacks — has a secret weapon.

“It turns out that one of the best predictive attributes for lead quality is based on the tech stack of the new prospects,” CEO Ilya Semin told me yesterday. “For example, if you’re an enterprise solution and you see that that a prospect is using Wordpress, Google Analytics, and GoDaddy … there’s not a big chance they’ll sign up. But if they’re using Marketo, Salesforce, and Akamai, they clearly have budget.”

That plays into the company’s existing strengths, of course.

Datanyze checks millions of websites to see which SaaS software they’re using. To date it has sold that information, which B2B sales reps use to help prioritize and discover leads, very successfully — growing 25 percent per month at one point in its young history.

Now Datanyze is unveiling a new product based on a test it has been conducting with some of its best clients. Since the service already connects into clients’ Salesforce instances to populate them with leads, it’s a simple step to receive permission to scan a company’s existing clients and then search through the millions of companies in Datanyze’s database to find near matches.

The result is leads that look very much like your customers.

And the result of that is a 35 percent increase in qualified opportunities, according to one beta tester, and a three times larger average deal size, according to another. 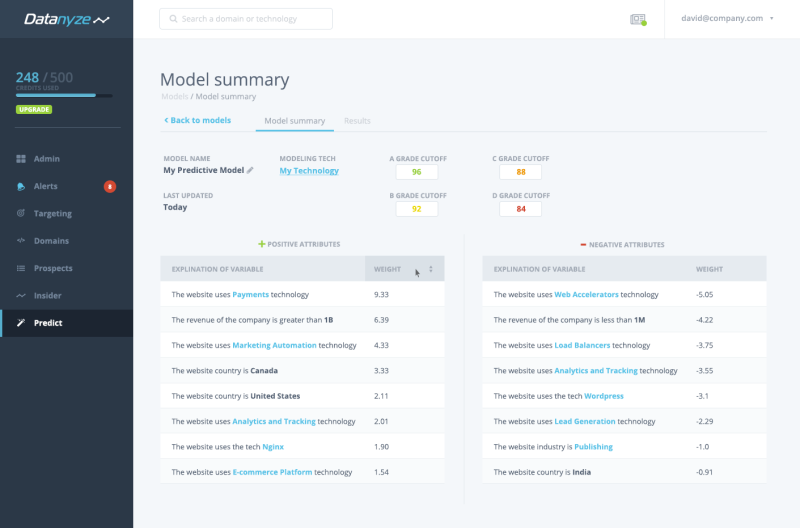 Bringing the tech stack info and lead-matching products together has increased the value of each of them, said COO Jon Hearty.

“You can search for who has visited your pricing page and, for instance, is also using your competitor,” he told me. “There are companies doing this individually, but bringing it all together makes it more powerful.”

What’s better, said Semin, is pairing the vast quantities of data the company collects with both human-aided and machine learning.

“There are two feedback loops,” Semin said when I asked how Datanyze improves the results over time. “First, when customers see a lead, they can indicate a thumbs up or thumbs down … and add why. The more a customer gives us feedback, the better it gets. Second, when we export leads into Salesforce, you can set the lead source to Datanyze. Over time we’ll see which leads are closing at a higher rate … and based on that the model will adjust itself.”

Predictive analytics is a key growing segment, taking in twice as much martech investment as the next-largest category. Existing players such as Infer and 6Sense have strong positions in the space.

Semin thinks that Datanyze can differentiate itself, however, by not just scoring and adding contextual data to leads, but also by bringing new leads into the funnel.