Domo blasted like a comet onto the startup and marketing technology scenes last month, seemingly out of nowhere, rocketing from zero to hero with a multi-billion-dollar valuation, impressive reference clients like the NFL, NBC, eBay, and National Geographic, and a massive $200 million fourth round of funding.

Of course, no instant success story is really instant.

Domo CMO Heather Zynczak will be speaking at our upcoming CMO-only GrowthBeat Summit (Boston, June 1-2). I caught up with her this week to talk about Domo’s business, its value proposition, and what she has to say to the world’s top marketers next month.

Even if not instant, however, Domo’s ascent has been rapid:

“It’s a Cinderella story,” Zynczak told me. “Ever since I joined the doors have been flying off, we’re going rocketship crazy … I’ve never seen anything like this, and I spent most of my career in Silicon Valley.”

Domo’s product and strategy are essentially very simple, although complex to execute.

With all the automation, analytics, and omnichannel-ization of marketing in the past decade has come a mountain of data. Data from disparate systems and in incompatible structures, and housed in various systems and document formats. Domo’s promise is to take that data, understand it, combine it, normalize it, and tell you what the hell is happening with your company.

Above: A summary screen in Domo

That means data from your Salesforce or other CRM, Google Analytics, Facebook ads, Instagram likes, MailChimp email opens, Shopify sales, Zendesk support emails, YouTube views, Twitter retweets, and Oracle financials all come together to form a gestalt view of whether you’re winning or losing — something that is exceedingly hard to know in this age of proliferation of data and diffusion of meaning.

“We’ve built over 300 connectors,” Zynczak said. “And everything is automated.”

Join us at GrowthBeat Summit in Boston, June 1-2
Apply for your ticket to this invite-only event right here

It helps, of course, that CEO Josh James has years of experience in marketing technology, having built Omniture, the marketing analytics business that he sold to Adobe for $1.8 billion in 2009. In other words, he knows what is hard in marketing because he’s been there.

I asked Zynczak why the company spent so long in stealth mode, or at least in private beta.

The answer? Sheer paranoia: James wanted a three to four year lead on the competition. 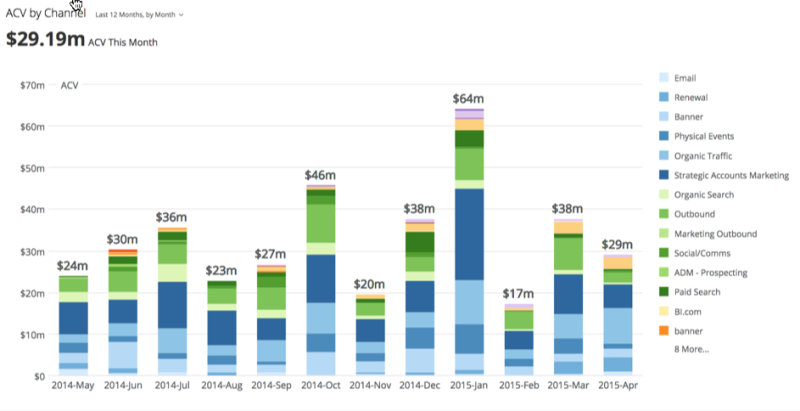 “Josh could make Steve Jobs look not paranoid,” said Zynczak, explaining that there was such a need in the market that prospective clients would sign a laborious NDA just to try the software. “He has a healthy paranoia for the competition.”

Domo’s competitors, of course, would include the large marketing clouds as well as smaller companies like Beckon and Origami, who have been in the public eye longer than Domo but do not have nearly the funding or the thousand-strong client list. However, Domo is not just selling into marketing departments and to CMOs, but is also positioning the software as overall business intelligence for every department.

Even the highest of high-tech companies, Zynczak says, doesn’t have the insight it needs into its operations, costs, and ROI.

“Our zero-to-hero story makes sense because there’s just such a need,” she told me. “I look at how much we’ve changed people’s lives … starting with myself. At SAP I had terrible reporting. … One quarter our China pipeline massively increased, but I had no idea why. At Domo I have access to everything, have every single piece of data I want.” 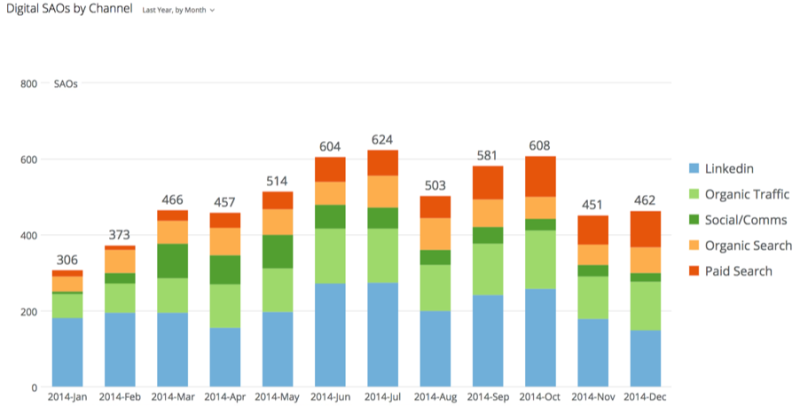 That kind of data access makes careers, Zynczak says, pointing to CMOs who have used the tool and not only had detailed data at their fingertips when needed in board meetings, but also have used the insights to boost revenues and cut costs by allocating resources to where they’re getting the highest ROI.

I asked Zynczak what she wants to talk to CMOs about at GrowthBeat Summit in June.

“Our role is going through a transition,” she said. “If you’re not extremely data-driven and analytical and you know your ROI and bottom-line … you’re riding an early retirement plan.”

As we discussed with the CMOs of Virgin America, Xerox, Birchbox, TOMS, Old Navy, Salesforce, Harvard University, Dun & Bradstreet, and Green Mountain at VB’s inaugural CMO Council meeting in March, every CMO of a significant company is changing both themselves and their organizations to be much more data-driven. 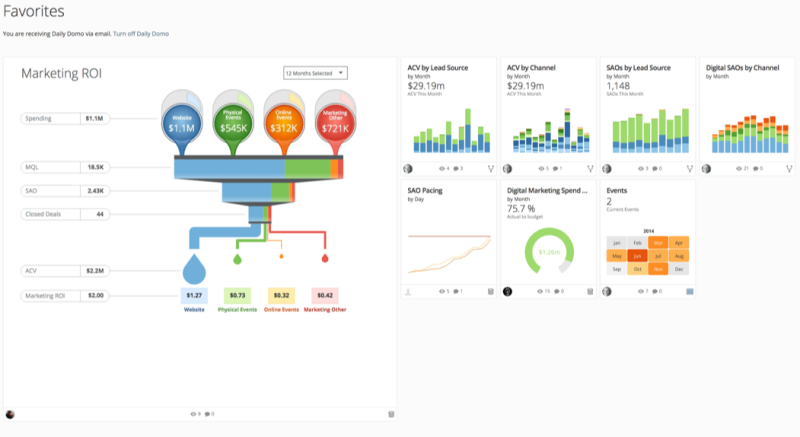 Even with that challenge, however, there’s the long-standing role of a CMO on the squishier side of marketing, which is not going away: defining the brand, telling the story, setting expectations for customer experience.

That, Zynczak said, is the really good part: Being data-driven can make you better there, too.

“The other argument is: are you data-driven or are you creative?” she said. “I would argue that I get to do much crazier stuff with my team because I know exactly what’s making us money … I actually have much more freedom here than ever before.”