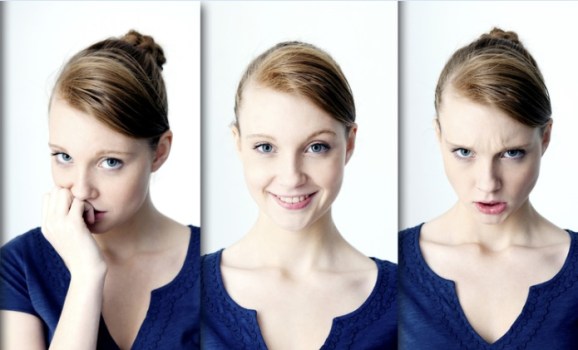 Hollywood has long been obsessed with the idea of humanizing robots. The idea that seemingly inanimate objects can develop a soul captivates audiences. Whether it’s Rosie from The Jetsons, C-3PO from Star Wars, or Samantha from Her, we consistently respond to the hope that humanity is not exclusive to Homo sapiens.

The reality of robots may soon catch up with Hollywood depictions, as interest in consumer robotics is on the rise. A BI Intelligence report from a couple of weeks ago states that “the multibillion-dollar global market for robotics, long dominated by industrial and logistics uses, has begun to see a shift toward new consumer and office applications. There will be a $1.5 billion market for consumer and business robots by 2019. With such a huge market prediction, investors are taking notice – creating a race to the top for the next big robotics breakthrough.”

And Huntington Funds Chief Investment Officer Randy Bateman said in January that 2015 would be a prime year to invest in robotics, predicting that investing now could lead to huge payoffs down the line.

But the success of robotics could rest on the ability to give machines one of the most foundational attributes of humanity: personality. WALL-E wouldn’t be as beloved if it weren’t for his playful curiosity. Data from Star Trek wouldn’t be as interesting if we didn’t get to watch him navigate the complexities of his “emotion chip.” Personality is about our different ways of being. How we are all variations on the same themes, whether robot or not. How the humanity we share manifests in different styles of thinking, feeling, and acting.

A fascinating Chicago startup called Narrative Science operates at the intersection of robots and personality every day. Narrative Science is able to analyze large batches of data, identify what’s most important, and use proprietary algorithms to automatically generate an easy-to-read, data-driven narrative. Its robots may not clean your apartment or provide you with companionship, but you likely interact with them each time you read a news report, the fine print of your 401k, or even an analysis of a company’s quarterly earnings. The trick is in making the machine-generated content readable.

The New York Times recently published a quiz powered by Narrative Science’s software. It displayed eight short entries and asked the reader to select whether a human or a computer wrote each one. To my total surprise upon taking the quiz, a robot wrote six of the entries. To the causal eye, all but the most mechanical entries appeared to be the product of a human. Who knew that robots could write poetry?

To put a finer point on this — only one of the six computer-generated entries was found to be of a personality style one would commonly associate with robots (logical, facts and figures). You’d assume that if Data from Star Trek were writing the text, it would be filled with – well – data, and relatively devoid of empathy.

However, the humanity of the algorithm shone through the text.

But should we really be surprised? As businesses deploy increasingly more sophisticated algorithms – at a dizzying rate and with an astonishing degree of specificity – humanity and personality will emerge as a battleground for differentiation. We mortals demand the simplicity of automation, but we crave the personal touch. After all, would Siri be as sticky if she weren’t a smart aleck?

The late Clifford Nass, Stanford professor and renowned human-computer theorist, observed that intelligent machines would rapidly integrate into our lives. But for them to truly be accepted as part of our daily lives, they will need to display relatable traits and features. “The human brain is built so that when given the slightest hint that something is even vaguely social, or vaguely human, people will respond with an enormous array of social responses,” said Nass.

And that’s the key. Indeed, robots aren’t human, but to be accepted by humans they must convey personality. And that’s the real magic in the wave of algorithms and robots heading toward us. They aren’t destroying our world; they’re personalizing it. Unless, of course, we’re talking about Ultron.