When the fitness wearable company Fitbit filed IPO papers Thursday, the first question that came to mind was: “Why now? The (potentially Fitbit-swallowing) Apple Watch has just hit the market!”

Here’s what Fitbit says about the Apple Watch in the “risk factors” section of the filing: “Apple has recently introduced the Apple Watch smartwatch, with broad-based functionalities, including some health and fitness tracking capabilities.”

But Fitbit probably isn’t very worried about the Apple Watch right now. Looking at Fitbit’s market position, brand visibility, and sales numbers, the San Francisco wearables company has been on a reasonable trajectory toward an IPO, and has good reasons for holding one now. 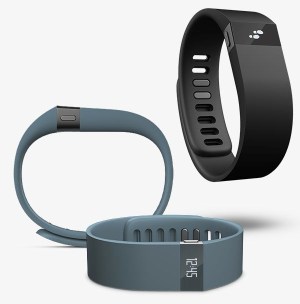 Fitbit has for a long time been the best-known brand in the fitness tracker space, and sales numbers show it. Sales in 2014 doubled from 2013, ramping up on a nice upward curve throughout the the year.

Some in the media suggest that we have a classic battle brewing between the lower-priced purpose-built device (Fitbit) and the more expensive Swiss army knife device (the Watch). The argument goes that the Apple Watch has all the features of the Fitbit, plus a lot more, so there’s little reason to buy a Fitbit.

But it’s not that simple. Fitbit trackers have been adding smartwatch-like features like heartbeat monitoring and phone notifications, and they also have the sleep tracking function that the Watch lacks.

From the consumer perspective, there’s a huge difference in the price points. Plenty of people will be interested in the health aspects of a wearable and will have no interest in paying $200 more for the full set of smartwatch features in an Apple Watch.

To be sure, the Apple Watch is a beauty, and it does a lot of stuff. Maybe too much stuff. The simplicity of the Fitbit device, and the effectiveness of the corresponding app, are key selling points for many buyers.

The real threat to Fitbit might be the growing set of sub-$100 fitness trackers on the market. The one that Fitbit should, perhaps, be most worried about wasn’t even mentioned as a competitor in the IPO filing.

Xiaomi’s wearables partner company, Huami, produces a $13 fitness tracker — the Mi Band — that has been selling like crazy in China after only six months in the market. 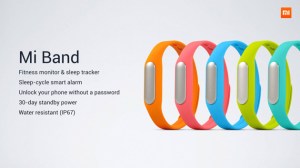 The truth is, selling fitness trackers is becoming a branding game. The component technology itself — the accelerometers and other sensors, the displays, etc. — isn’t that expensive, and prices are dropping.

That’s why everybody and their mother made a fitness tracker in 2014, and that’s why there are products like the Mi Band in the world.

Fitbit already has the solid product and market experience, but it will need to pump up its brand marketing volume to keep separation from the hordes of companies offering less expensive trackers.

Indeed, Fitbit does say in its IPO filing that it’s been increasing its marketing spend, and will continue to do so. A large part of the $100 million or so it’ll raise in its IPO may be used to pay for that.

If Fitbit can bolster its brand enough to maintain and justify its current price points, its sales trajectory may keep moving up. This might help Fitbit become a real performer in the public markets, at least in the near term.