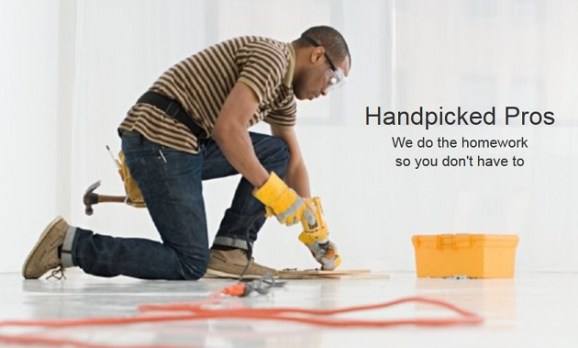 In late March, Amazon Home Services launched as a marketplace to connect customers with more than two million service offers across more than 700 professional services. The move was no surprise. Amazon wants to be a one-stop shop for consumers, and adding services is the obvious next step.

But Amazon’s method was surprising — and surprisingly smart. Instead of tackling the industry on its own, it partnered with TaskRabbit to launch the new platform.

This is a departure from Amazon’s usual practice of directly taking on competitors. The partnership was a strategic move, and it offers a lesson for entrepreneurs and business leaders.

A Service Platform Is a Natural Extension

Amazon’s foray into the services industry makes sense. Customers spend about four times more on services than they do on physical goods, so even if Amazon only takes a small percentage from each transaction, its revenue stream will be significant.

So why did Amazon partner with a smaller player instead of going it alone? It didn’t need TaskRabbit’s name recognition or platform. The e-commerce giant could have built its own database and driven others out of business, as it has done to so many competitors in the retail sector. Instead, Amazon recognized it could benefit from TaskRabbit’s unique strengths.

For Amazon to hit the ground running, it needed not only a vast database of service providers, but also the certainty that customers would receive quality work from day one. Working with TaskRabbit meant Amazon didn’t have to start from scratch.

TaskRabbit provided Amazon with more than 30,000 service professionals who have passed background checks and collectively have hundreds of thousands of reviews. And in turn, Amazon brought its trusted platform to the deal.

Also, Amazon is avoiding a margin race to the bottom — as is happening with the competition between Lyft and Uber. TaskRabbit and Amazon Home Services can coexist and both make healthy margins while gaining credibility with consumers.

Amazon Still Has the Upper Hand

Amazon didn’t give up control when it partnered with TaskRabbit. Amazon functions as a huge lead generation tool for TaskRabbit and manages the demand side of the equation. In most cases, the partner controlling demand has the stronger position in a partnership.

Also, if Amazon Home Services doesn’t take off immediately, the partnership with TaskRabbit gives Amazon time to let its marketplace grow without spending resources building up its database.

Although its partnership with TaskRabbit represents a departure from the norm, Amazon has shown a deep understanding of the market and demonstrated an important lesson: Sometimes you can get more by sharing the pie than by competing for the biggest slice.

TX Zhuo is a managing partner of Karlin Ventures, an L.A.-based venture capital firm that focuses on early-stage enterprise software, e-commerce, and marketplaces.