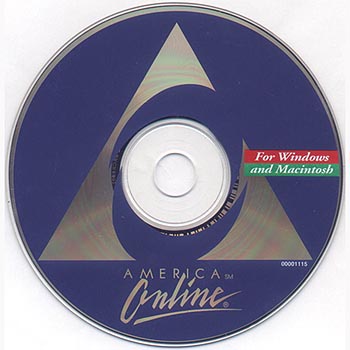 With word that Verizon was spending $4.4 billion this week to acquire Ay-Oh-El, there was naturally a fair bit of chuckling over the fact that the latter STILL has 2.2 million suckers paying for dial-up Internet access.

Dial-up! Can you believe it?

Another old person tricked into buying AOL so they can connect to the Internet.

Of course, then came counterintuitive explainers about why dial-up matters more than we realize. Broadband may not be available in many areas, there’s a digital divide, and some old people are just plain stubborn.

While there is some truth to both the jokes and the serious takes, they both reveal a fundamental lack of understanding about just what AOL’s dial-up business really is.

First, it’s not a dial-up business any more. It’s now AOL’s “membership service.” Indeed, if you went to AOL.com to sign up for dial-up (okay, probably nobody is, but still…), you’d have a hard time finding a reference to the service.

Eventually, you can click on the “Join AOL” link and that takes you to the membership service offers. There are three tiers of membership, and they range in costs from $6.99 per month to $27.99 per month.

Now, before your eyes go exploding out of your head ($27.99 for dial-up!), let’s look at what these services are. They are actually packages of various other services that AOL now bundles together.

Separately, AOL estimates these services would cost another $54 per month. The other more expensive packages just offer longer lists of services, with dial-up also listed almost as an afterthought.

Though it may be in inevitable decline, AOL believes this business still matters. The Membership Group generated $182.6 million in Q1 2015, out of AOL’s overall revenue of $625.1 million for the quarter. That was a year-over-year decline from the $196.3 million in revenue from Q1 2014, driven by a drop in subscribers from 2.4 million to 2.2 million.

But, the decision to reposition dial-up as “membership” packages has slowed the rate of subscriber decline. People may have once come for the dial-up, but AOL has given them a ton of other reasons to remain subscribers.

The company has managed to keep most of its longtime customers while even attracting some new ones at the margins, thus reducing the rate of churn. And that helped increase the average amount subscribers paid for AOL member services to $20.83 for Q1 2015 from $19.41 for Q1 2014.

Of course, AOL could have just given this business the finger and left it untended to wither and die. Instead, AOL has found a way to create more value for users without investing tons of money in trying to develop new services on its own.

“Our membership team has done an excellent job finding ways to bring significant value to our subscriber packages, which has driven lower churn and enabled price increases at times,” chief executive Tim Armstrong said during the company’s Q4 2014 earnings call in February. “Over the long term, the trends for this business are quite clear and should continue. That said, declining less is not our long-term goal here and we’ve challenged teams to find avenues of growth through the subscription services.”

To be clear, I’m not arguing that membership is some blockbuster business, or that AOL has refashioned dial-up into something revolutionary.

But at the very least, the shorthand references to the dial-up business are off base, and the lack of understanding explains why people are baffled by these numbers.

In time, AOL will provide an interesting case study in how to rethink a declining legacy business while creating the new ones (video, mobile, programmatic advertising) that apparently attracted Verizon.