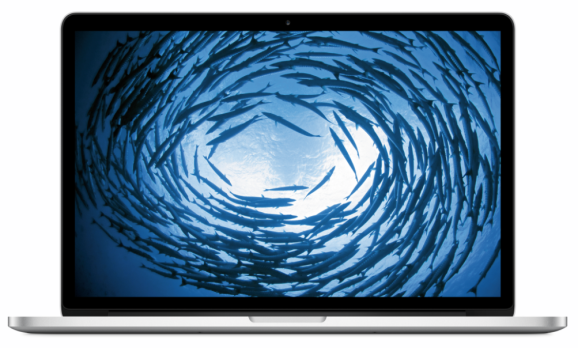 Apple has announced that it’s bringing its pressure-sensitive “Force Touch” trackpad technology to the 15-inch MacBook Pro, two months after it was announced for its latest, smallest MacBook and MacBook Pro.

The Force Touch trackpad sports a “taptic engine” for haptic feedback, similar to what you get when interacting with a smartphone’s screen, meaning you can click anywhere on the trackpad. The trackpad also detects the force of your touch. There are no buttons as such, and you can customize the level of pressure required to action a “click.”

The upgrade for the 15-inch MacBook Pro isn’t restricted to touchpads, however — its flash storage has also been given a boost, while longer battery life is promised alongside faster graphics.

Additionally, Apple is introducing a new $1,999 version of its gargantuan 27-inch Retina iMac. To get to that price, the company has cut Fusion Drive technology from the machine, meaning it just has a normal 1TB drive. At the upper end of the iMac spectrum, Apple has also scythed the price of the top-end 5K iMac model to $2,299 — that represents a $200 price drop from when it first went on sale last October.