Adblock Plus today launched Adblock Browser for Android. Currently in beta, the company’s first browser was created by taking the open-source Firefox for Android and including Adblock Plus out-of-the-box.

You can try the browser yourself by joining the Adblock Browser Beta Google+ community. Just click the red “Join” button on the right-hand side, go to “About this Community” and click “Beta Opt-In.” Update: Because Google Play took a while to update the listing, Adblock Plus decided to just offer the APK for direct download from here. 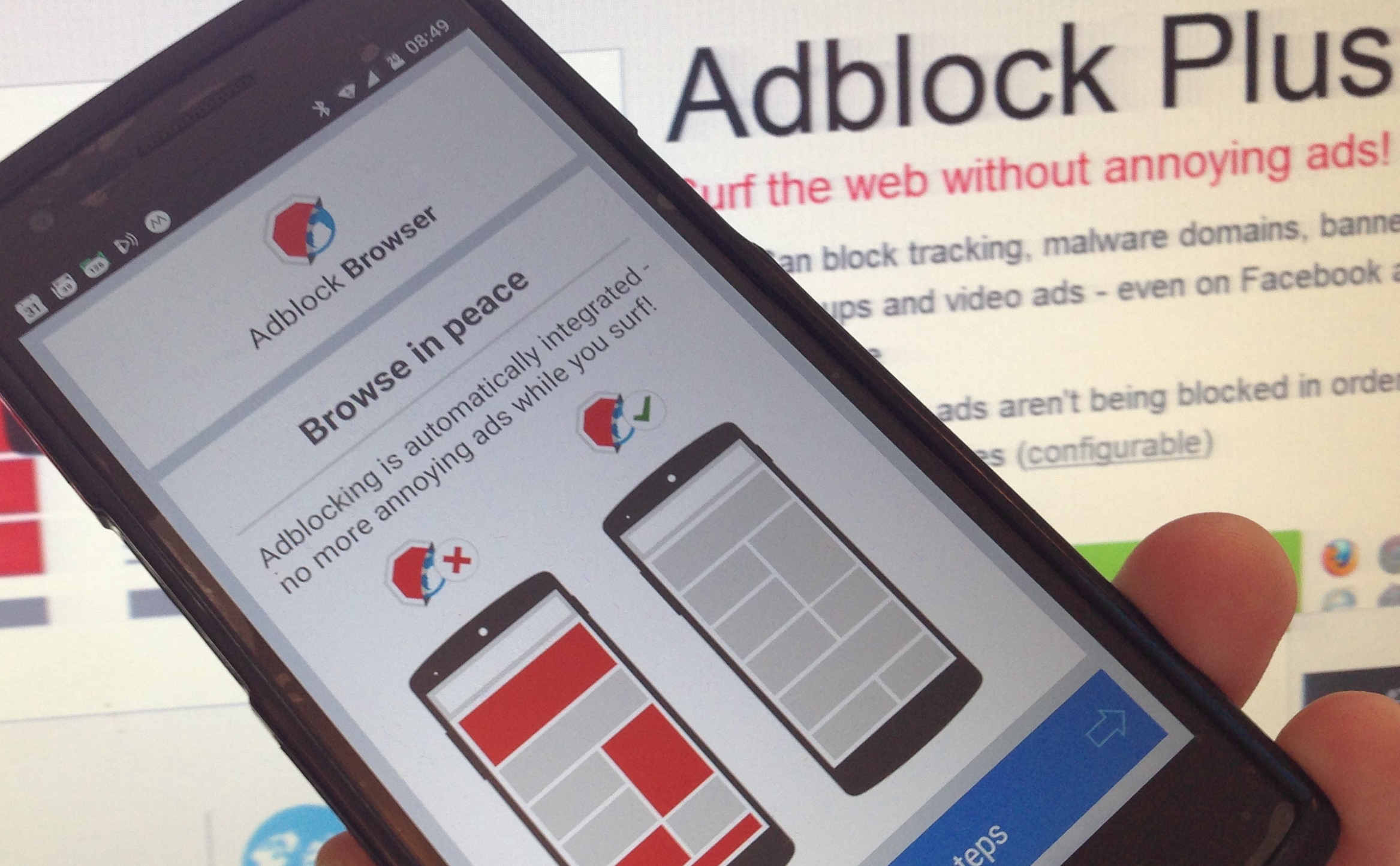 Above: Adblock Plus Android

Adblock Plus already has a Firefox for Android add-on, though it requires installing two apps and setting them up. The company also has an Android app that blocks in-app ads, but it only works on Wi-Fi connections and has to be sideloaded and hooked up to a proxy.

In other words, Adblock Plus isn’t easy to use on mobile. Adblock Browser is supposed to change that. “This is the first time we’ve really gone with a solution that is completely ours,” communications manager Ben Williams told VentureBeat.

Adblock Browser wasn’t exactly written from the ground up. The team used the open-source Firefox for Android browser as its base, included Adblock Plus, and disabled Sync while adding support for other add-ons.

Adblock Plus for Android got kicked out of Google Play along with other ad-blocking apps in March 2013 because Google’s developer distribution agreement states apps cannot interfere with the functionality of other apps. Williams thus believes Adblock Browser “should be fine” as it only blocks ads that are shown as you browse the Web.

Adblock Browser is based on Firefox 37 for Android, and Williams said the team plans to keep it updated as Mozilla releases new versions. The browser ships with a basic filter list (EasyList and Acceptable Ads), just like Adblock Plus on other platforms.

EasyList can’t be customized in Adblock Browser right now, unlike in Adblock Plus. Acceptable Ads, the company’s initiative to allow certain ads in the hopes of moving the Internet toward more digestible forms of online advertising, can be disabled.

Adblock Plus says its app is the first mobile browser to offer users ad blocking as an integrated, out-of-the-box feature. More people are using ad blockers, according to the company, and so moving to the mobile space automatic ad blocking at the browser level is a natural extension.

“As people have embraced the mobile web, advertisers have rushed in after them and destroyed the user experience with ads that are often thoughtlessly designed, as well as mobile ad networks that are riddled with security holes,” Adblock Plus cofounder Till Faida said in a statement. “Adblock Browser for Android puts the control back into users’ hands.” In fact, not only does Adblock Plus promise shorter load times and a reduced chance of dealing with malware, just like with its main tool, it also believes its Android browser can lead to data usage savings and better battery life.

We were naturally intrigued, and prodded for some hard evidence. Williams admitted, however, that Adblock Plus doesn’t yet have numbers to back up those statements, but as the beta progresses, the company plans to “come up with some tests” to see how much faster browsing can be, as well as much data and battery life can be saved.

Williams said Adblock Plus is aiming to release Adblock Browser out of beta in July or August, hopefully with tracking and malware protection features. He also hinted that the look and feel of the browser will change as development continues.

Going forward, the goal for Adblock Browser is very straightforward: to let the user do everything they currently can with Adblock Plus on the desktop. After all, the tool can block more than just ads.

Aside from Android, the company is considering expanding the browser to other platforms, though it isn’t making any commitments just yet. That said, an Android browser appears to be just the beginning. “This is the opening salvo for mobile,” Williams said.