Here is how it works. After you’ve finished designing your app, when you generate the package, Windows App Studio will prompt you to select the desired Windows version(s): 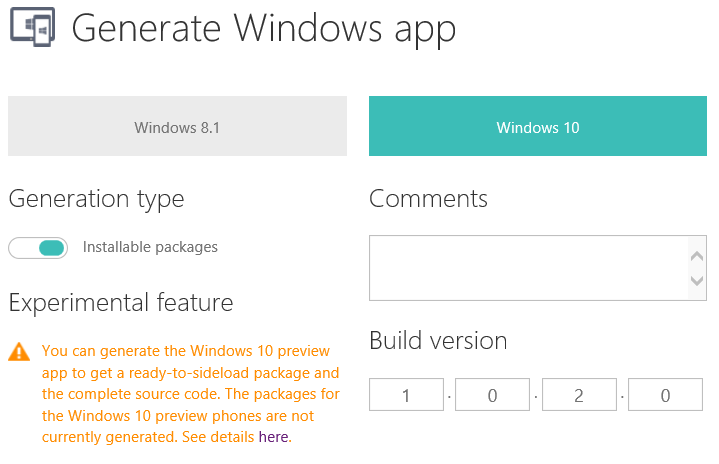 Once the app is generated, you can then download the app packages (to sideload to your devices for testing) and the Visual Studio project that lets you access your source code. Today’s beta lets you sideload and test packages on Windows 10 for PCs, but does not yet allow those packages to be sideloaded onto Windows 10 for phones (that’s coming in a future release).

Generated package names are now also based on the app name and version number, a big request from Windows App Studio users. Every package thus now has a consistent naming scheme based on the name you choose for your app.

As part of the Windows 10 support, Windows App Studio has gained new SplitView and VisualStateTrigger controls, along with menu navigation provided by a hamburger button in the upper left. These elements are key to Microsoft’s latest design approach for its new Windows Universal Platform; apps use these controls to lay out and reflow content.

The image above shows a sample app called FridayBand. On the left the app is in a small window while on the right it is shown with more content after the user expanded the window.

The last point is probably the most exciting. Application Insights Instrumentation Key can be configured from the settings page in Windows App Studio. Once you do that, you get results and reports on a dashboard: 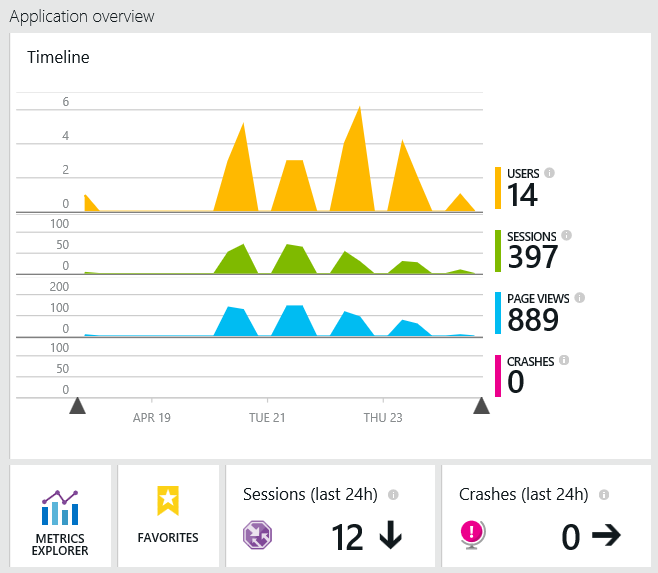 Windows 10 is launching this summer in 190 countries. The Windows 10 Store will thus start taking app submissions very soon, so it’s no surprise Microsoft wants to get Windows App Studio up to speed.