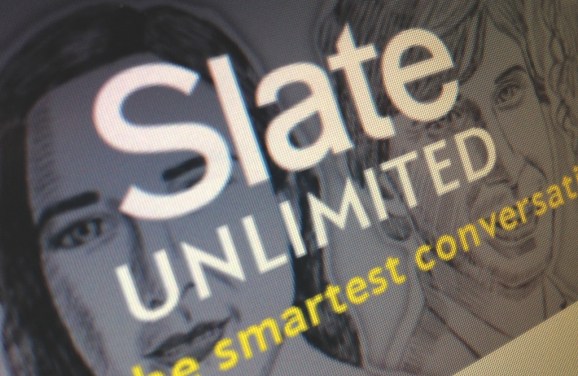 Slate, the online news, culture, and current affairs magazine, has launched a paywall that charges readers $5 per month or $50 per year to access more than five articles. But it only applies to those outside the United States.

The arrival of Slate Unlimited comes a little more than a year after the launch of Slate Plus in the U.S. and beyond, which offered a membership program with extra perks such as ad-free podcasts. Slate editor David Plotz was quick to remind readers that this move was not a paywall, saying at the time:

It’s not a paywall. Let me say that again: It’s not a paywall! We’re not asking you to pay for stories, and we’re not turning on a meter that stops you 10 stories into the month. Everything that’s free on Slate will remain free for all Slate readers.

Twelve months on, Slate Plus now has 9,000 paying subscribers, according to a Digiday report, equating to roughly $500,000 a year in revenues. While its non-metered paywall approach has been moderately successful, it’s now looking to ramp up its content-monetization plans by adopting a model that has become increasingly popular across the digital media realm.

With a metered paywall approach, as opposed to a hard paywall, major publications such as The New York Times, Financial Times, and The Wall Street Journal tease readers with a limited number of free articles each month in the hope that they’ll convert to a full-fledged subscriber. But it’s arguably easier for major publishers to adopt a paywall, which is why those “lower down” the media chain typically follow an ad-supported model.

Launched in 1996, Slate is one of the oldest Web-only publications, and it first tinkered with paywalls as far back as 1998. Indeed, it gained as many as 20,000 subscribers, but in the chase for higher user numbers, the experiment was scrapped.

So why is Slate launching an all-new metered paywall only for non-U.S. readers? It all comes down to a lack of “local” advertisers.

Julia Turner, Slate’s editor in chief, is quick to laud her publication’s “robust international audience,” but points to the fact that its sales team largely targets advertisers based in the U.S., ones that are mainly focused on U.S. consumers.

“This may sound provincial, but there are decent business reasons for it,” added Turner. “Maybe the car company buying ads on our site doesn’t sell the model it’s advertising in your country. Or maybe the marketing strategy where you live is different. Whatever you think of the logic, the fact is inescapable: Many U.S. advertisers won’t pay us to reach readers outside of the United States.”

Of course, one solution would have been to employ a sales team to target advertisers in other locales around the world, but this would likely also involve having to beef up its editorial with more localized content to sell ads against. This would require significant investment, without any guarantee of success.

Slate doesn’t reveal its traffic by country, but it’s likely that the U.S. represents a significant majority of it. With a metered paywall in place for international readers, Slate can test its global readership: Readers who visit frequently will now have to pay for full access. Those who only visit for the occasional article — for example, those who see an article shared on Facebook or Twitter — won’t notice much difference. It’s also worth noting here that those already signed up to a Slate Plus plan will receive access to Slate Unlimited for no extra charge.

The new paywall could also serve as an experiment for a subsequent launch in the U.S. too, letting Slate tweak the model to see what people are and aren’t willing to pay for. However, it says it has “no intention of launching a domestic paywall at this point.”