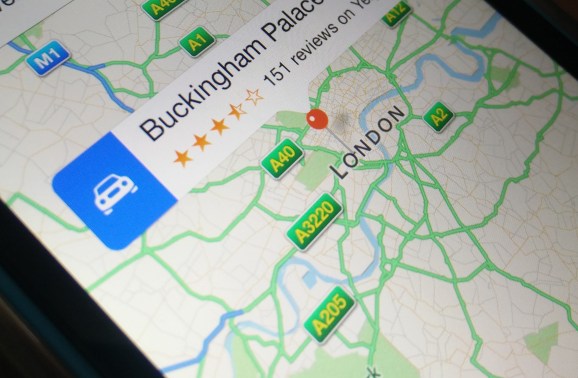 Apple has officially announced that it’s dispatching cars to city streets to “improve” Apple Maps. And it has revealed that it will be taking photographs on its jaunts — the clearest indication yet that it’s looking to launch a Google Street View competitor.

A new page on Apple’s website confirms that it’s driving its “Apple Maps vehicles” through a myriad of cities across the U.S., U.K., and Ireland from June 15 through June 30 to collect data — “some of this data will be published in future Apple Maps updates,” it said.

The cars will be limited to a few localized areas within a handful of cities at first, including Boston, Chicago, Atlanta, Los Angeles, New York, London, and Dublin.

While these drives will be used to improve Apple Maps in general, including scanning and recording the layout of streets and the wider environment, Apple also said that it will “blur faces and license plates on collected images prior to publication” to protect user privacy. In other words, it’s taking photos of its journeys, similar to what Google does on Street View.

Apple has been rumored to be working on such a project for a while, and speculation kicked off in February when a car leased to Apple was spotted traversing the streets of San Francisco laden with cameras and scanning equipment.

Given that Google has offered Street View for almost ten years already, it feels as though Apple may be a little late to the table here. Ever since Apple ditched Google Maps in 2012, the Cupertino, California-based company has been striving to improve its own mapping system, which uses data from a number of third-party platforms, including TomTom, OpenStreetMap, and AutoNavi (in China). Indeed, Apple announced transit directions for its maps just a few days ago, despite Google having offered such a feature for a while.

So will Apple’s version of street-based imagery simply be a direct copy of Street View? Possibly not. A patent filed back in 2013 mentions “3D Position Tracking for Panoramic Imagery Navigation,” and the filing is disparaging of existing imaging software, calling it a “tedious experience,” though it doesn’t mention Google Street View by name. The patent read:

The user can rotate in the bubble using a navigation control and an input device (e.g., a mouse) or finger. To turn a street corner and enter a another street (e.g., a street intersection), the user has to “jump” to a panoramic “bubble” at the intersection then pan in the bubble to face in the direction of the target street. This can be a tedious experience for a user of a handheld device that needs to navigate streets of a neighborhood quickly.

By contrast, Apple discusses using “position tracking subsystems” and mobile sensors that let users navigate a location simply by moving and tilting their device. Most modern smartphones, including the iPhone, have a gyroscope and accelerometer, so it looks like Apple is working on a different implementation of street-level photography. Interestingly, Apple also mentions entering a virtual indoor structure such as a “commercial venue” and carry out other actions, including making a purchase — so in effect, Apple could be working on a system that lets you navigate inside an online store using your iPhone and pick items off shelves to buy.

It’s not clear yet when Apple will begin introducing these images to its products, what format it will take, or when other data captured from its vehicles will be used to improve its existing maps.