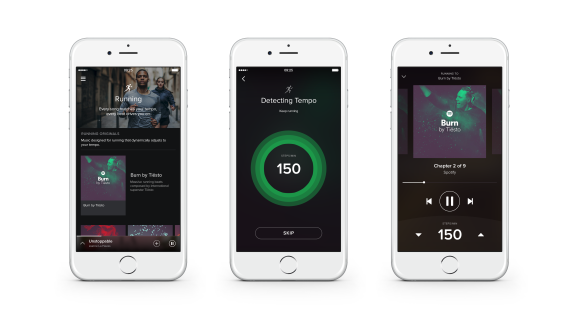 On the same day news emerged that Spotify has raised a gargantuan funding round, the music-streaming titan has revealed it now has 20 million paying subscribers, from a total active user base of 75 million people.

This represents an increase of 5 million and 15 million respectively since Spotify last provided figures back in January. But looking back to the same period last year, Spotify has effectively doubled its then 10 million paying subscriber base and 40 million active users.

Spotify also says that it has now paid more than $3 billion in royalties to artists and rightsholders, 10 percent of which has come in the first three months of 2015.

Hidden within today’s updated figures is an interesting little nugget that may hint at what’s to come. Spotify’s paid-to-unpaid ratio has typically always been 1-to-4, or 25 percent. It now sits at closer to 27 percent, which means its ratio of paid users is edging upwards, though admittedly only slightly. It will be interesting to look at Spotify’s next update to see if this trend continues.

The timing of Spotify’s announcement is notable as it comes just days after Apple officially unveiled its upcoming music-streaming service, which many people say will dent Spotify’s coffers. But fresh from its $526 million round, and armed with a fast-growing subscription base propped up by a freemium model that artists and record companies alike have criticized, Spotify is coming out all guns a-blazin’ as it strives to defend its ad-supported model.

The company has also produced a new video, replete with its familiar voice-over guy, to support its freemium model. It reminds everyone that by offering a free service, they get new users in the door whom they can later convert to paid users.