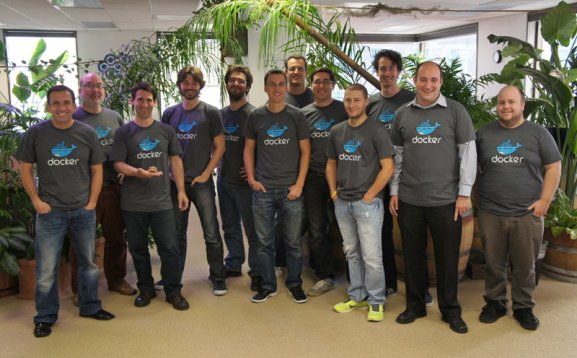 If you asked me to name the hottest enterprise tech startup right now, I would have to say it’s Docker. The startup’s open-source container technology has become a hit among developers, and several major tech companies have moved to integrate with it.

When Docker announced its $95 million funding round in April, PitchBook told VentureBeat in an email that it had a $1.07 billion post-money valuation. Now the startup has plenty of money to spend.

A couple of years ago, though, that wasn’t the case. Docker was in the midst of pivoting — from a platform-as-a-service (PaaS) cloud for building and running applications to a company that would focus on the containers at the heart of PaaS. Containers, which Docker open-sourced in March 2013, package up application code that developers can then move from one server environment to another, without any tinkering. The technology is a substitute for long-standing virtualization tools from companies like VMware and Microsoft.

In hindsight, the move to open-source Docker proved to be quite smart. But at the time Docker was still in relatively poor financial shape.

Even so, it was still surprising to see this week — after someone pointed it out on Hacker News — that Docker paid out $799 in June 2013 to the person who came up with the winning logo design in a 99designs contest. The winner was Ricky AsamManis of Indonesia.

It beat out 83 other designs, some of which look downright quaint now. There were giraffes, acorns, a shipping crane, and even an elephant.

Docker didn’t try to cover up the fact that it paid out $799 through 99designs for the logo, which people voted for in a poll; the company even described the process in a June 2013 blog post. Even so, such a small payment for a logo that has become so big just seems a bit odd now, given the $1 billion valuation.

Docker did not immediately respond to a request for comment.