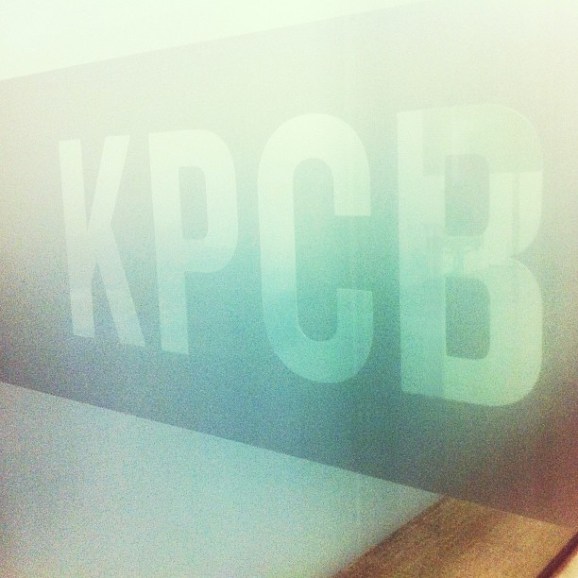 Kleiner Perkins Caufield & Byers has an office in San Francisco, which will house the new Edge Fund.

Like everyone else in venture capital, mega-firm Kleiner Perkins Caufield & Byers is looking for a way to get the attention of very early-stage companies.

To that end, it’s launching something today called the Edge Fund, a seed-stage initiative that uses a “software-focused, founder-friendly” approach to funding.

What that means: Edge Fund has three very young partners making investment decisions. It will focus on exciting new tech areas like drones, cryptocurrency, virtual reality, and digital health. It will be offering uncapped convertible notes in the $50,000 to $250,000 range. It’s based in San Francisco. And it has an app — one that even has a cryptocurrency angle.

Anjney Midha is the young partner who is leading the charge on Edge. Just a year out of Stanford, he met KPCB partner Mike Abbott when the latter was holding office hours on the Stanford campus. At the time, Midha was an undergraduate, running the Dorm Room Fund (which was backed by First Round Capital). Within two weeks, Abbott told VentureBeat, Midha had a job at Kleiner.

Edge Fund is not exactly a fund in the usual sense. KPCB is allocating $4 million to the fund, and has said that it will back 15 to 20 companies over the next twelve months. The total represents mere pennies for Kleiner, whose most recent fund, KPCB XVI, has $450 million committed.

Abbott promises that KPCB partners won’t be making the investment decisions: That will be left to Midha and the other two Edge Fund partners. The separation is probably important, because the firm doesn’t want to signal that an investment is worthless if KPCB declines to make a follow-on investment in one of the Edge Fund portfolio companies. That’s a problem that has faced other VC firms that have made lots of seed-stage investments, like Andreessen Horowitz.

“The biggest question is: Are you helping your founders or not?” Midha said of seed-stage funds. As for Edge, he said, “It’s a dedicated team of seed folks who are accountable only to you.”

You, in this case, being the founders who decide to take the Edge Fund’s capital. There are other benefits besides the cash, however, and that’s where Edge is hoping that software will give it, well, an edge.

First up: An app that lets Edge portfolio companies get help from other companies in the network, or tap into contacts from KPCB’s in-house contact management system.

Eventually, Midha said, the app, called Office Hours, will allow entrepreneurs to compensate others for good advice using its own cryptocurrency, Edge Coin. And as it expands, Midha and Abbott expect the app will welcome — and be useful to — people who are outside the KPCB ecosystem.

Also, the new Edge website will be what Midha called “a living, breathing web app,” showing what the partners are reading about, talking about, and thinking about in real time.

“We’re not looking at this first version as ‘How can we source deals for Kleiner Perkins?'” said Abbott. It’s more about “helping companies grow faster with less pain,” he said.

And, in true software engineer fashion, the team plans to take feedback from its market and adjust the product accordingly.

Updated 10:30am with the total size of the Edge Fund, and corrected information about KPCB’s most recent fund.