Google has announced a trio of new initiatives as it looks to help surface genuine eyewitness footage from the vaults of YouTube.

For citizen journalists and professional hacks alike, YouTube is often the first port-of-call for video uploads, but sifting through the noise to find the best and most reliable ones (i.e. not fakes) can be a challenge. So in conjunction with social news agency Storyful, a company acquired by News Corp. back in 2013, Google has introduced The YouTube Newswire, which is basically a “curated feed of the most newsworthy eyewitness videos of the day.” 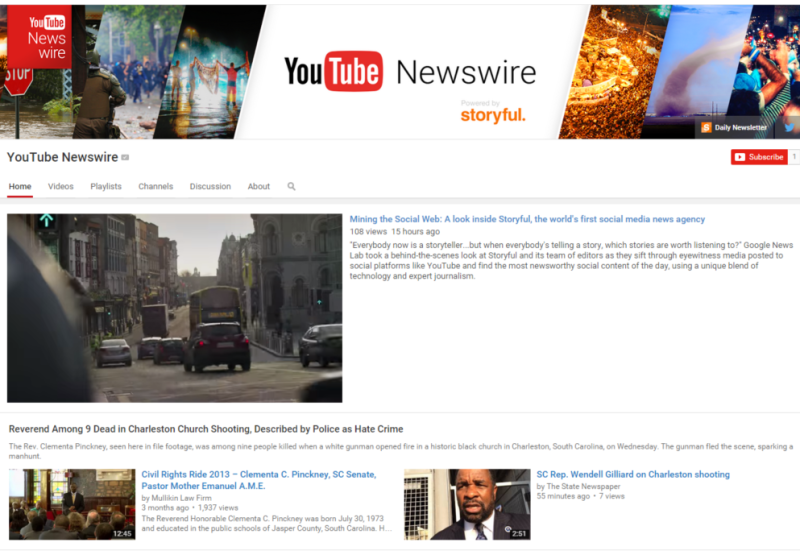 Featuring global and regional feeds, the Newswire will only feature videos that have been independently checked by Storyful’s editors. It’s ultimately designed to stop the spread of false or misleading video footage around key events, as well as highlight some of the best video evidence. But it’s not the only such effort.

Elsewhere, the First Draft Coalition is basically an assembly of “thought leaders and pioneers in social media journalism” who have created a library of resources designed to help journalist verify user-generated content on YouTube. It features people from Eyewitness Media Hub, Storyful, Bellingcat, Reported.ly, Meedan, Emergent, SAM Desk, and Verification Junkie. The official site isn’t quite live yet, but there is a repository of resources on Medium for the time being.

In addition, the Witness Media Lab is a result of a partnership between Google and Witness, an organization that specializes in training around the use of video in human rights cases. The project is a collaboration between Google and “innovators in the technology, advocacy and journalism fields” that will culminate in a “series of in-depth projects that focus on human rights struggles as seen from the perspective of those who live, witness, and experience them.”

To get an idea of the kinds of things the Witness Media Lab will cover, one of the first projects will look at the role bystander videos play in bringing justice in police brutality cases in the U.S. — this is particularly topical given some of the high-profile cases that have emerged this year, including that of the shooting of Walter Scott in North Charleston back in April.

With the rise of citizen journalism and user-generated content enabled by the ubiquity of smartphones, there has been an increased focus on curation and verification in recent years. Last July, Amnesty International launched an online tool to help journalists and human-rights advocates distinguish real videos from fake. This followed shortly after the launch of the Verification Handbook to help journalists verify the most useful user-generated content.

And just a few weeks back the International Bar Association (IBA) launched a mobile app to help users verifiably document and report crimes that happen in conflict regions. A user records photos, videos, or sound, and the app automatically embeds information such as time, date, and GPS coordinates in the file. An encrypted file can then be uploaded directly to a database maintained by EyeWitness to Atrocities.

It can be difficult to separate fact from fiction at the best of times, and when you throw the pressures of real-time breaking news coverage into the mix, the need to “get things right” is imperative. Remember that video last year that captured a young Syrian boy evading gunfire to rescue a girl? Well, it was fake.