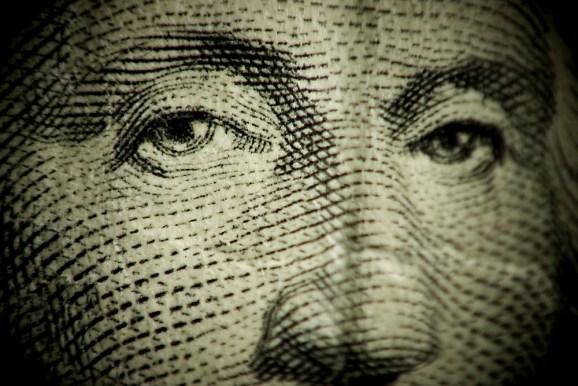 Crosscut also announced that Clinton Foy is joining the team as a new managing director, bringing additional operating and gaming expertise to the Venice, California-based firm.

Snowflake Computing, a startup that has built data warehouse software based in the Amazon Web Services cloud, announced a new $45 million funding round and made its software generally available.

London-based payments enabler Currency Cloud has closed a $18 million series C round, taking its total funding to $36 million since the company was founded in 2012.

The latest round was led by Sapphire Ventures, with participation from all of Currency Cloud’s existing investors, though one notable new investor has entered the fray — Japanese e-commerce titan Rakuten, which is participating through its Rakuten FinTech Fund.

Indix, a product analytics company for brands and retailers, announced today that it took in $15 million in a round led by Nokia Growth Partners. The funding will be used to hire data scientists and engineers, and to help the company grow, which Indix says has a 250 percent revenue increase.

Nexus Venture Partners and Avalon Ventures also participated in the round.

Envoy, a company that provides an iPad-based sign-in system for office reception desks, has raised $15 million from a single funder: Andreessen Horowitz.

Office reception desks might seem like a dry topic for a startup, but Envoy has seen enviable uptake among hot Silicon Valley companies — and well beyond. Customers include Airbnb (its first customer), Pandora, Heroku, Box, Eventbrite, New Relic, Medium, and Tesla. Andreessen Horowitz was a customer, too, even before it had invested.

Hadoop is huge, as anyone interested in “big data” can tell you — but the open-source platform for storing vast quantities of unstructured data doesn’t make it easy for people to pull useful insights out of it.

That’s what AtScale aims to do, calling itself “the first company to allow business users to do business intelligence on Hadoop.” It may not be the first — Datameer, Tableau, and many others are aimed at enabling BI on Hadoop — but with a new series A round of $7 million in capital, AtScale is in the race and off and running.

Real estate startup SoloPro announced today at RealogyFWD, an annual summit for real estate technology, that it raised $1.1 million in a seed round. Oxpoint Investments and Buchanan Ventures led the round, and Blue Capital, Arnold Capital, and angel investors followed.

The platform’s beta is in over 30 countries and covers around 90 ecosystems. Mapme said the funds from the round will be used for global expansion and product development.

Blockchain Capital has raised a new $7 million fund to invest in startups that use blockchain technology for non-financial services. The new fund indicates that while investors are excited by Bitcoin and its technology, they aren’t waiting around for the currency to take off.

“The wallet has disappointed,” said Bart Stephens, partner at Blockchain Capital. He and his firm are looking for companies that are doing innovative work with blockchain technology that’s solving immediate problems.

The blockchain is a public ledger of tokenized transactions verified by Bitcoin miners. With Bitcoin it’s used to document the movement of Bitcoin from one entity to another and to verify ownership of Bitcoin, but the technology could be used in other settings. Already some startups are using it for secure document signing, and some have suggested it could be used for voting.

To date Blockchain capital has invested $1.2 million in startups like Xapo, Coinsetter, and Coinbase.

Want to help? Share your thoughts with us, right here.