The biggest change in this release is that Project Spartan has finally been rebranded as Microsoft Edge. As Microsoft warned more than a week ago, Edge and Spartan have different app IDs.

This means all your favorites, cookies, history, and Reading list items that you had saved in Project Spartan will be lost when you upgrade from the previous build. To avoid losing them, you’ll have to back up everything before upgrading, and then import them back into Edge:

Oh, and in case you haven’t seen it yet, Microsoft Edge features a new dark theme: 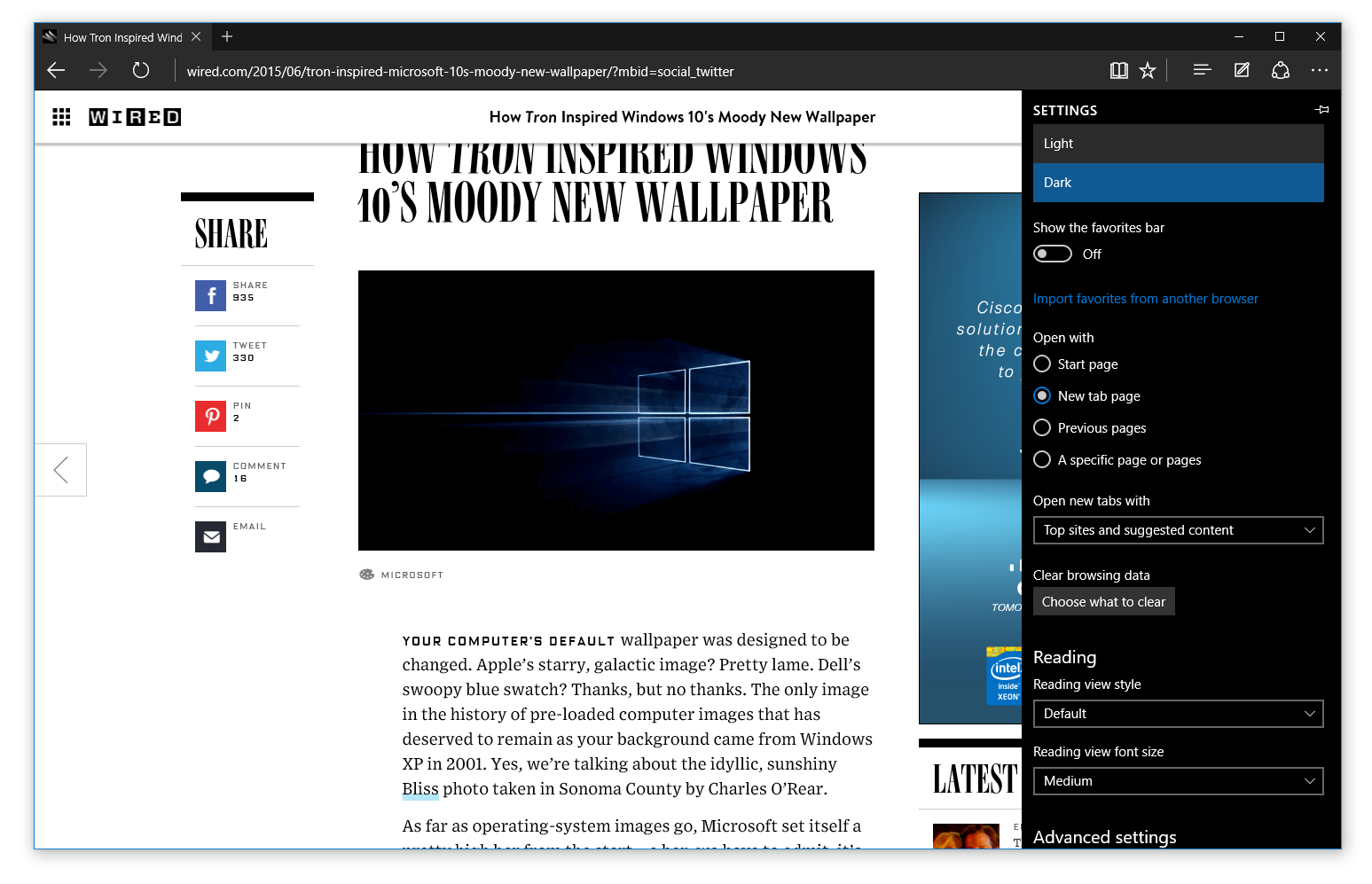 Other changes between Project Spartan and Microsoft Edge include:

Edge aside, there are other visual changes in this build. Continuum’s Tablet mode has received improved animations and support for Windows 8/8.1 apps and classic (Win32) apps. When using the Start Menu, you can now swipe up on the left side to open All apps. Also in All apps, you can now click on a letter to quickly go see all the apps under that letter.

When an app needs your attention on the Taskbar, it will now flash orange. When you download something or move files around in File Explorer, the progress animation in the Taskbar has been changed back to green with a horizontal animation (Windows Insiders didn’t like the white and vertical animation, and frankly neither did we).

Next up, Cortana has been tweaked yet again, also with a dark theme color to match the rest of Windows 10. Cortana’s Notebook is in its final stage with a combined Profile and Settings experience. Flight tracking and package information have been enabled, as have alerts for going to work, home, and to the airport. You can now also send an email with Cortana (just say who you want to email, the subject, and what you want to say), although the feature is limited to U.S. English for now. Last but not least, Cortana has been integrated with Office 365, though you can only try it right now if your company has opted into First Release for Office 365.

The Photos app for Windows 10 has a few new features too. The top requested one, support for animated GIFs, has finally arrived. There’s also an “Open with” button in the photo viewer (while viewing a photo, click the “…” icon in the top right). Links to your saved photos, screenshots, and camera roll are now available on the Albums page. 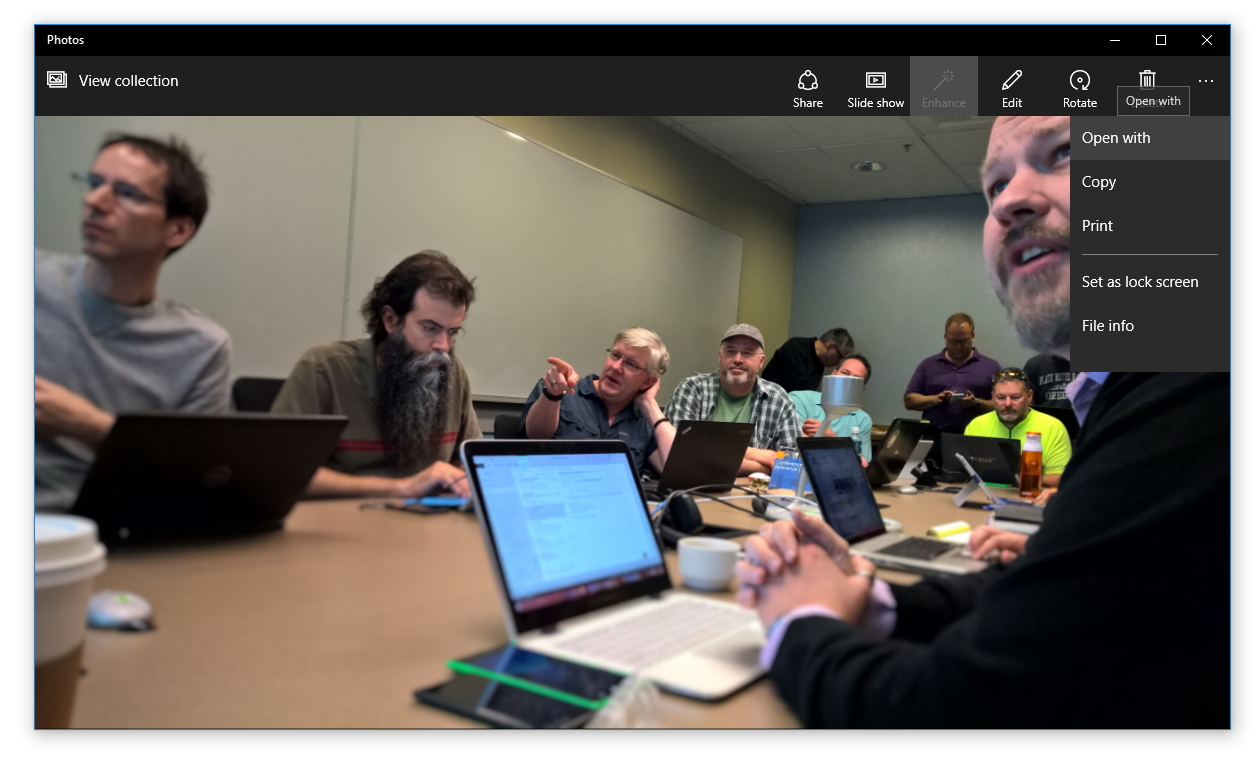 The Snipping Tool now has an option to set a 5-second delay to capture pop-up menus. Lastly, there are fixes for the Surface 3 (upgrades between builds should work properly now) and Surface Pro 3 (battery life improvements).

Today’s update bumps the Windows 10 build number from 10130, released on May 29, to build 10158. The update should arrive overnight for Windows 10 preview users via Windows Update (your PC has to be plugged in, and be on or sleeping). If you want to get build 10158 now, head to PC Settings, select “Update and recovery,” then “Preview builds,” and click the “Check Now” button.

“Why two builds so fast back to back?! As you probably know, we validate builds that we produce in internal rings where they’re used by engineers in OSG and Microsoft,” Microsoft explained. “If they pass all of our criteria we make them available to Windows Insiders, first to Fast and then to Slow once we know it’s a stable build. We’d been using 10158 for almost a week and knew it was going to be a strong build, and the data backed that up so we released it yesterday. Hot on its heels though was build 10159, which in addition to more fixes (over 300 of them!), took in one very interesting change. We didn’t want to wait with 10158 so we went ahead and released that build while we were still evaluating 10159. As it turns out though, 10159 is also a great build and passes our criteria for the Windows Insider Fast ring.”

Build 10159 should be available by the end of the day.