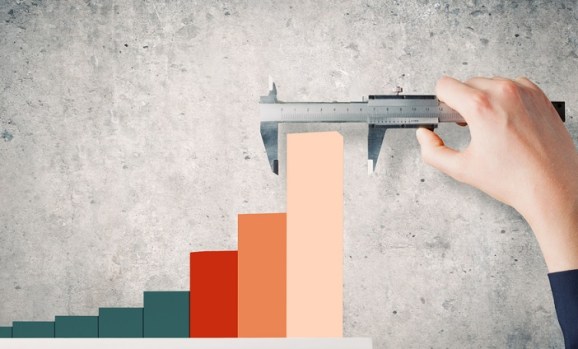 At its best, venture capital provides software startups with more than just capital. Business experts bring experience, a network of leaders, and guidance to the table to support startups. Without those non-monetary benefits, we would never have seen companies like Facebook and Juno Therapeutics become the successes they are.

Unfortunately, many VCs are now overlooking these benefits and the operational rigor that has benefited so many successful companies, accidentally undermining the long-term viability of tech startups. To be clear, this is a different problem than the VC bubble. Bubble concerns are about the real value of a company and the viability of the VC model to accurately determine corporate valuations.

What I’m talking about is a systemic problem underpinning the way businesses are run after they get funding.

Though by no means alone, Box is a perfect example of how things can go wrong when everyone keeps an eye on growing a single line on the income statement instead of on the company as a whole. In 2014, Box planned its public offering after raising $100 million privately to value itself at around $2 billion.

When the company filed its paperwork, investors saw massive marketing spending and no profit. Not only that, promotional costs rose 373 percent in two years to account for 138 percent of the company’s revenue. Over the same time, research and development rose 220 percent, but only accounted for 37 percent of revenue.

Box held off for almost a year before it could finally face the market and throw the IPO switch. Box’s shares jumped immediately. The company was valued over $2.7 billion in its first full day of trading. Over the next two weeks, the stock fell back to the $2 billion valuation it received last year.

I’m no stock picker, and for all I know they may find the inner operational genius when they cross a billion or two in revenue, but I doubt anyone would be surprised to see it keep sliding as it continues to bleed millions of dollars on a weekly basis.

I don’t want to sound like I’m picking on Box. This is a problem that seemingly every recent B2B software company is facing. It even took Salesforce until now – when their annual revenue has reached $6 billion – to finally reach profitability.

The firehose of cash has pushed these companies’ valuations into the mesosphere. It hasn’t helped innovators improve their products or manage their businesses to profitability nearly as much as it has helped them acquire more and more customers. The problem stems from a fundamental mismatch between the goals of VCs and the goals of businesses. VCs want to take a business from zero to sixty as quickly as possible. If that means buying a rocket and strapping it on top, so be it. A tech business wants to be able to navigate the long road with its sharp turns and sudden stops – and build a company for the long haul. Relying on the rocket to power you through those obstacles won’t work once the rocket disappears.

Consider the way VCs promote overextending on marketing and sales; VC-backed companies are getting pressured to divert between 80 and 120 percent of their revenue into sales and marketing over the early years of their company’s life instead of focusing on improving the product.

When SaaS companies reach their IPO, cross $100 million, $500 million, or even $1 billion in annual revenue but struggle to make a profit, something must be wrong. The software industry is supposed to have high margins. When you’re doing nine figures in annual revenue, you shouldn’t be spending 80–100 percent of your revenue on sales and marketing — even if you are growing at 50 percent. A lack of focus on improving your product and serving your current customers will eventually lead to your demise.

Why? Because a software startup with laser-like focus on its product is gunning for you.

For the software entrepreneur, there are two solutions to this problem. The first is to reject the lure of venture capital. After all, software companies are supposed to be cheaper to get off the ground than ever before. For entrepreneurs willing to work long hours and muscle through a product launch, this may be the best option. If you build a great product and get it in front of the right customers, you can rely on referrals to ramp up your business early on.

If your product idea is simply too capital intensive and you need venture capital, make sure the VC you get comes with meaningful leadership, a strong network of contacts, and experience. All the best VC/tech relationships come from these intangibles. Facebook is a perfect example. Without VC guidance, Zuckerberg would have been on his own to staff his executives and likely would have run the business into the ground – like most any college-age entrepreneur would.

Don’t throw prudence and resourcefulness out the window, though. You don’t need to spend all your money in 18 months. You’re a startup. It may take years, possibly a decade or longer, for your company to take off. Do your research, and find VCs that can handle a flexible timeframe if things take longer than expected.

They almost always do.

Michael Ortner is CEO of Capterra. He and his cofounders launched the company in 1999, hoping to find VC funding. When they weren’t able to get funding, they were forced to fund the company the old fashioned way, with revenue from customers (and a bit of credit card debt). Today, the team feels it was the best thing that could have happened to the company.