Only a third of app marketers are currently using in-app messaging. That could soon change, however, if the other two-thirds find out that apps that use in-app messaging tend to get 3.5 times better retention.

A 3.5-times better retention rate adds up to a 50 percent third-month retention of new users — solid numbers in the cutthroat and fast-moving app industry, where people will often install an app, only to use it once or twice and then delete it. 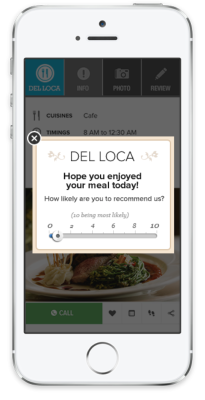 Above: An example of an in-app message

The data is from app analytics and marketing platform Localytics’ latest usage and engagement study. Localytics, which is embedded in 28,000 apps on more than 1.5 billion devices globally, offers both analytics as well as user engagement features for mobile developers. Bigger analytics platforms like Google Analytics and Flurry lead the market in installs, but Localytics achieved top qualitative scores from developers in VB’s mobile app analytics report, and was a best bet in our mobile marketing automation report.

The problem with in-app messages is often knowing just what to send, Localytics said.

“Many app owners wonder how to create content that isn’t viewed as spam and doesn’t detract from the user experience,” Localytics’ business analyst Dave Hoch said. “This may explain why only one third of app marketers are currently using in-app messaging as part of their mobile engagement strategy.”

Smart in-app messages that users don’t see as spammy are often triggered by user events, Hoch said. That means it’s not random, it’s not something that is simply indicative of a chatty app that really really wants to communicate to users, and it does fit into the flow of precisely what users are doing in the app.

In the example pictured to the right, for example, you might have just had a meal delivered, and now you’re being asked to rate the service.

Localytics just studied in-app messaging in this particular study, but push messaging is also a popular form of engaging and re-engaging users. Push messaging, of course, does not require that users actually be in-app to receive the message, but will show up on lock screens and in iOS’ and Android’s notifications areas. Opt-ins to push messaging are down on both Android and iOS, said push notifications industry leader Urban Airship, but achieving that degree of trust from users helps you almost double user retention, according to data released today by another mobile marketing automation vendor, Kahuna. 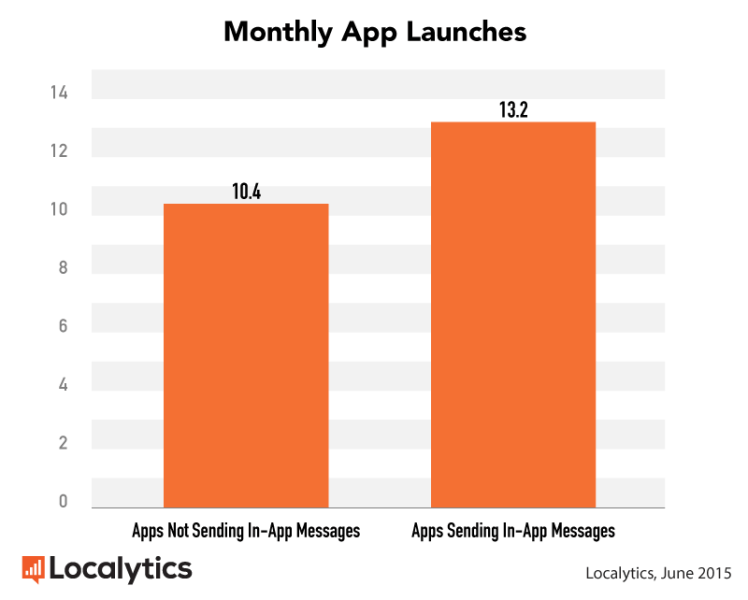 Above: App launches for apps that do and do not use in-app messaging

Retention is one of mobile developers’ three core challenges. The first is user acquisition, followed by retention, and then monetization. (The bigger problem that precedes all of these, of course, is actually creating a great app in the first place.) 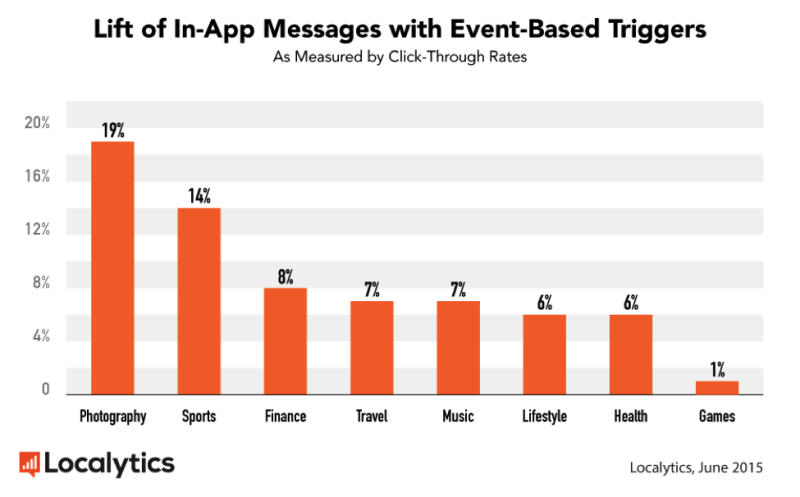