In-store beacons are attracting a lot of marketers’ attention, but the question is whether they make a bottom line difference to the store owner.

The jury is still out on that question for all user groups, but today beacon platform inMarket is introducing some new evidence suggesting the answer is yes.

inMarket is announcing that 38 percent of Millennial Generation mothers in the U.S. can now be reached through beacons. This is based on beacon-generated interactions through its platform with more than 36 million monthly active app users visiting several thousand U.S. retailers. The company notes that its platform’s data is verified by comScore.

For all women of that generation — about 41 million — the reach is 20 percent on inMarket’s platform. About nine million of those are the mothers in question.

Millennials were born between 1982 and 2000, and the 83 million or so of them now constitute a bigger demographic block than Baby Boomers, for the first time. CEO and cofounder Todd Dipaola pointed out that this represents “a changing of the guard in terms of what the consumer looks like.”

The 18-to-34 demographic in general is a desirable one for marketers because they are active spenders, and mothers are often in charge of spending in retail stores.

Thirty-eight percent of Millennial Moms is an impressive reach, given that beacons’ impact is still being determined. But it leaves some open questions, since inMarket doesn’t yet have stats on what percentage of those reachable Millennial Moms actually buy things because of a beacon-based promotion. 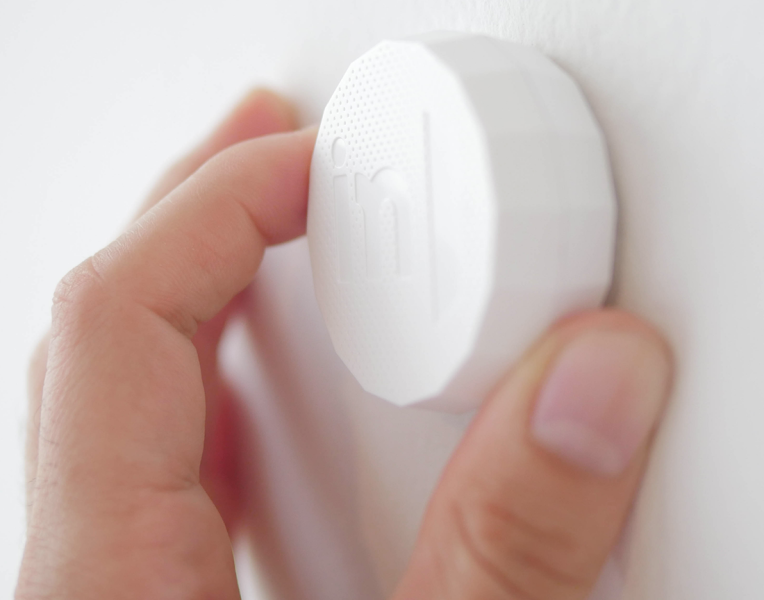 Above: An inMarket beacon

inMarket does, however, have other stats for general users suggesting beacons can lead to a significant boost in sales.

The Los Angeles-based company says its platform generates, on average, a 14 percent increase in products in a basket during a store visit. This is for all users.

Last July, the company said that a beacon-based campaign on its platform by Hillshire Brands, maker of Hillshire Farm American Craft Link Sausages, led to a 20-times increase in purchase intent for those exposed to its messaging. Hillshire also reported a 36 percent “increase in brand awareness and lift in overall sales.”

A previous inMarket study in June of 2014 found that consumers are 19-times more likely to engage with a product after receiving a beacon-driven message.

Of course, “purchase intent,” “likely to engage,” and a combined increase in brand awareness and overall sales don’t reveal the bottom line results, but they indicate there is some effect.

As beacons move past their initial adoption phase, a key issue is their impact versus other kinds of marketing campaigns. Among other things, beacon-driven messaging — potentially from every product maker in a large store — can annoy or oversaturate consumers as well as incentivize them.

There are also a number of factors that need to align for a beacon campaign to work.

The beacon itself simply sends out a location ID, which needs to be picked up by a compatible app, open or not. GPS often does not work indoors, which is the key reason for beacons.

InMarket says its platform works with a wide variety of shopping and retailer apps, including Epicurious, CheckPoints, Key Ring, and others.

Then the app needs to communicate via WiFi or cellular data with the marketer’s server, in order to get notifications or discount coupons.

inMarket, which says it was the first beacon platform for multiple retailers, addresses the potential problem of a customer not immediately getting a connection while standing in the store, by sending coupons and other marketing info to the supported apps of its customer base on a regular basis, based on their shopping habits. They are cached and ready to use by a shopper, even when connectivity is spotty.