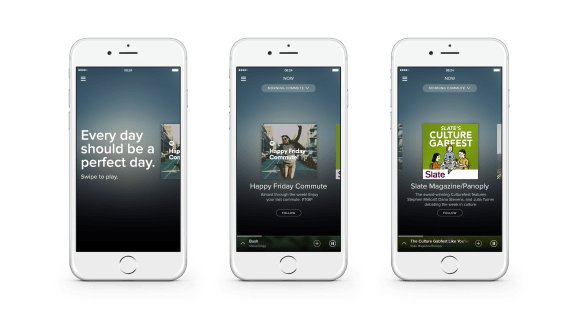 Spotify released a sort of public service announcement to would-be premium service subscribers. The company is asking people to sign up directly through Spotify, rather than through Apple’s app store, as a way to avoid the 30 percent fee Apple charges on music subscriptions bought through iOS apps.

If you buy a Spotify subscription through the Spotify iOS app it’ll cost you $13, but only $10 if you buy it at the Spotify website. Actually, this option has existed for a long time, but Spotify is just now trumpeting it as a public shot against Apple.

The message went out in an email blast Wednesday. “In case you didn’t know, the normal Premium price is only $9.99, but Apple charges 30 percent on all payments made through iTunes,” the email reads. “You can get the exact same Spotify for only $9.99/month, and it’s super simple.”

Spotify even provides a step-by-step guide for users who wish to discontinue their subscription in the iOS app, and start it up again through Spotify directly, thus saving three bucks a month.

Ten dollars a month has become the de facto cost per month for a streaming music subscription. Apple, of course, just launched its own service, Apple Music, at $10 a month. Competing services have argued that Apple is using the market power of its App Store to unfairly pump up the price of competing services via the 30 percent tax.

In fact, the Federal Trade Commission and the Department of Justice are said to be looking closely at Apple’s efforts to persuade record labels not to license their music for free music service tiers. Like most services, Spotify offers a free tier — by far its most popular service.

Some of the smartest people in mobile tech will be discussing the challenge of growing app engagement at VentureBeat’s MobileBeat conference in San Francisco July 13-14. A few tickets still remain. Sign up now.