Believe it or not, it’s been 10 years since Google bought Android Inc., a startup that was quietly building software for cell phones. Rich Miner, a cofounder of Android Inc. and now a general partner at Google Ventures, tweeted early this morning that today is the 10-year anniversary of the deal.

“People thought we were crazy when we acquired … Android,” Google noted in its most recent annual report. Tech media outlets were shortsighted in their guesses about the implications of the deal.

Indeed, Android has come a very long way. The mobile operating system held more than 53 percent of all smartphone market share at the end of 2014, while Apple’s iOS had 41.6 percent, according to comScore . Globally, Android had more than 1 billion monthly active users in June 2014, Google said. More than 1.05 billion Android smartphones were shipped around the world in 2014, giving the OS 81.5 percent market share, compared with 192.7 million units and 14.8 percent market share for iOS, according to IDC . Put simply, Android has come to be the smartphone standard around the world.

Buying Android — for a reported $50 million — was Google’s “best deal ever,” Google executive David Lawee said in 2010. Now, that statement is easy to understand — even though there are other acquisitions that have come to be very important for Google, like DoubleClick and Upstartle (which became Google Docs).

Above: The Google-designed Moto X smartphone at the device’s 2013 launch event.

As a consumer product, Android has gone through many phases through the years.

Back then, it seemed like more of a concept than something that would eventually become the dominant operating system all over the world. Here’s what it looked like:

The “high-end prototype” smartphone that engineering director Steve Horowitz used to show off the capabilities of Android was calling on “high-speed 3G networking.” Remember that?

By that time, the phone could scan bar codes, store e-books, and help you navigate to a given destination. Googlers used the phrase “applications without borders” to communicate that with Android, developers could expose application data for other apps to use.

By 2009, with Android 1.5, known as Cupcake, users could get tactile feedback as they typed with the virtual keyboard, rely on speech recognition to run Google search queries, record and share videos, add home screen widgets, and make the phone change from portrait to landscape mode:

In 2010, Google invited reporters to its Mountain View, Calif., headquarters, to check out the Nexus One, a smartphone designed by HTC but sold online through Google. You could choose from a variety of mobile carriers. When a reporter asked if the Nexus One was an “iPhone killer,” Android Inc. cofounder and then-Google senior vice president Andy Rubin responded that it wasn’t. It was, he said, a “superphone,” according to VentureBeat’s archives.

The online Nexus One store didn’t end up succeeding. But, with the release of subsequent phones and tablets, Nexus itself did prove to be the flagship brand for Android devices.

Later in 2010, with the release of Android 2.2, codenamed Froyo, you could use an Android phone as a mobile hotspot, and you could install all updates with a single tap, so long as they weren’t asking for new permissions:

Google introduced Android 2.3, with the name Gingerbread, in December 2010. As a result, Android users could make VoIP calls and take advantage of near-field communication (NFC) in apps.

In February 2011, Google unleashed Android 3.0 — Honeycomb — as a version meant for tablets.

In May 2011, Google hit the 100 million Android activations mark. That same year, Google announced that it would come out with a new version of Android, Ice Cream Sandwich, or Android 4.0. It formally launched a few months later, with the Galaxy Nexus as the debut phone. 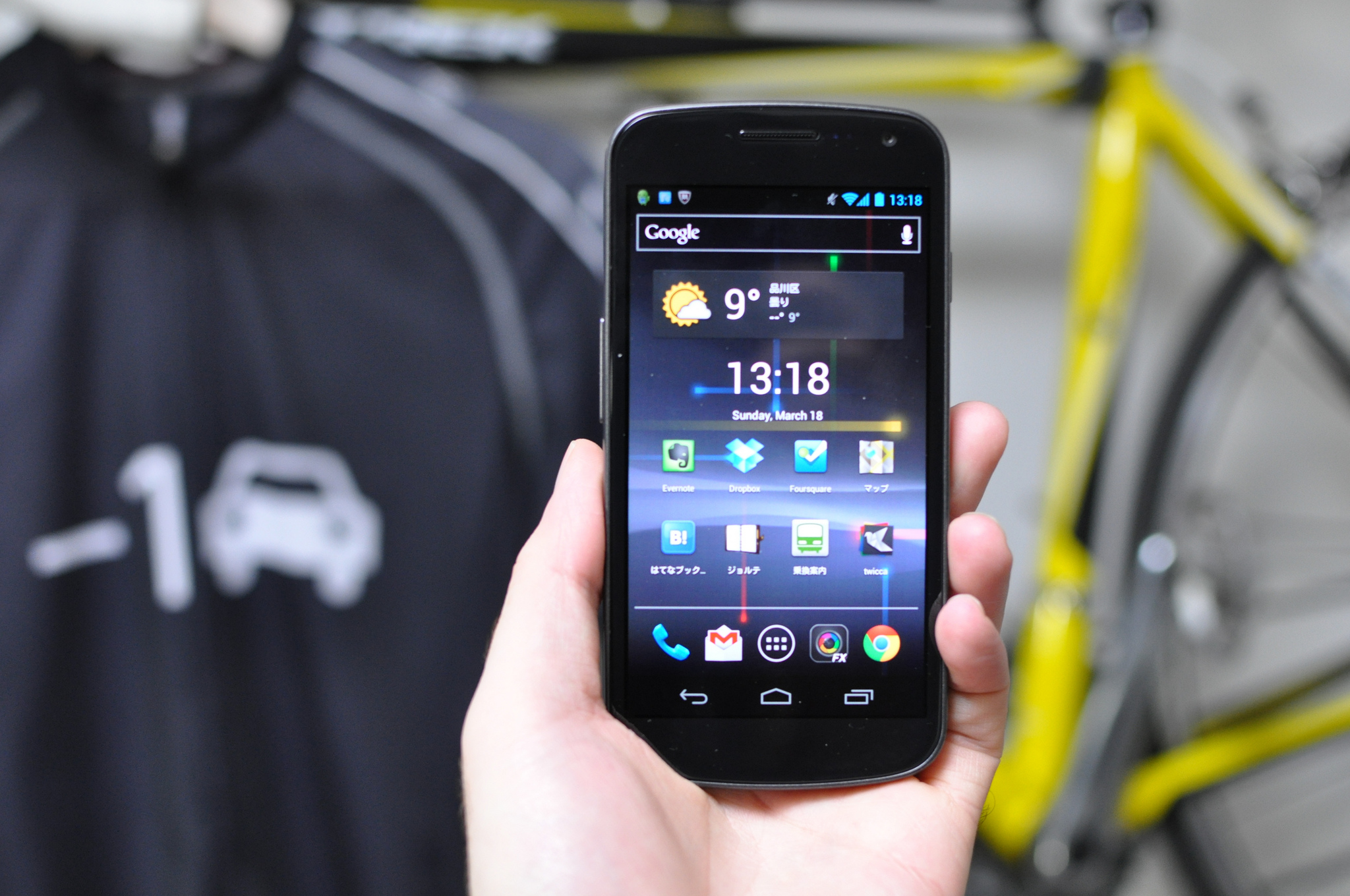 Above: The Samsung Galaxy Nexus.

In June 2012, Android moved forward with the unveiling of Jelly Bean. That release included question-answering to take on the Siri personal digital assistant in iOS devices.

Android KitKat, first detailed in October 2013, brought improvements like decreases in memory footprint for specific apps, meaning that a device with just a small amount of RAM could comfortably run many apps at once.

As a result of Google’s 2011 acquisition of Motorola Mobility, Google was able to control the hardware specifications of not just the software but the hardware in Android phones like the highly customizable Moto X, which was released in 2013, and the Moto E, which came out in 2014.

By 2013, there were 1 billion Android device activations.

In 2014, at the Google I/O developer conference, Google released a developer preview of Android L, a substantially refreshed version of the operating system. It was the first version of Android to incorporate Material Design, a user-interface standard that Google has been gradually rolling out across its many consumer-facing properties. Google stripped away the mystery behind the “L” within a few months by announcing that it would officially go by the name Android Lollipop. 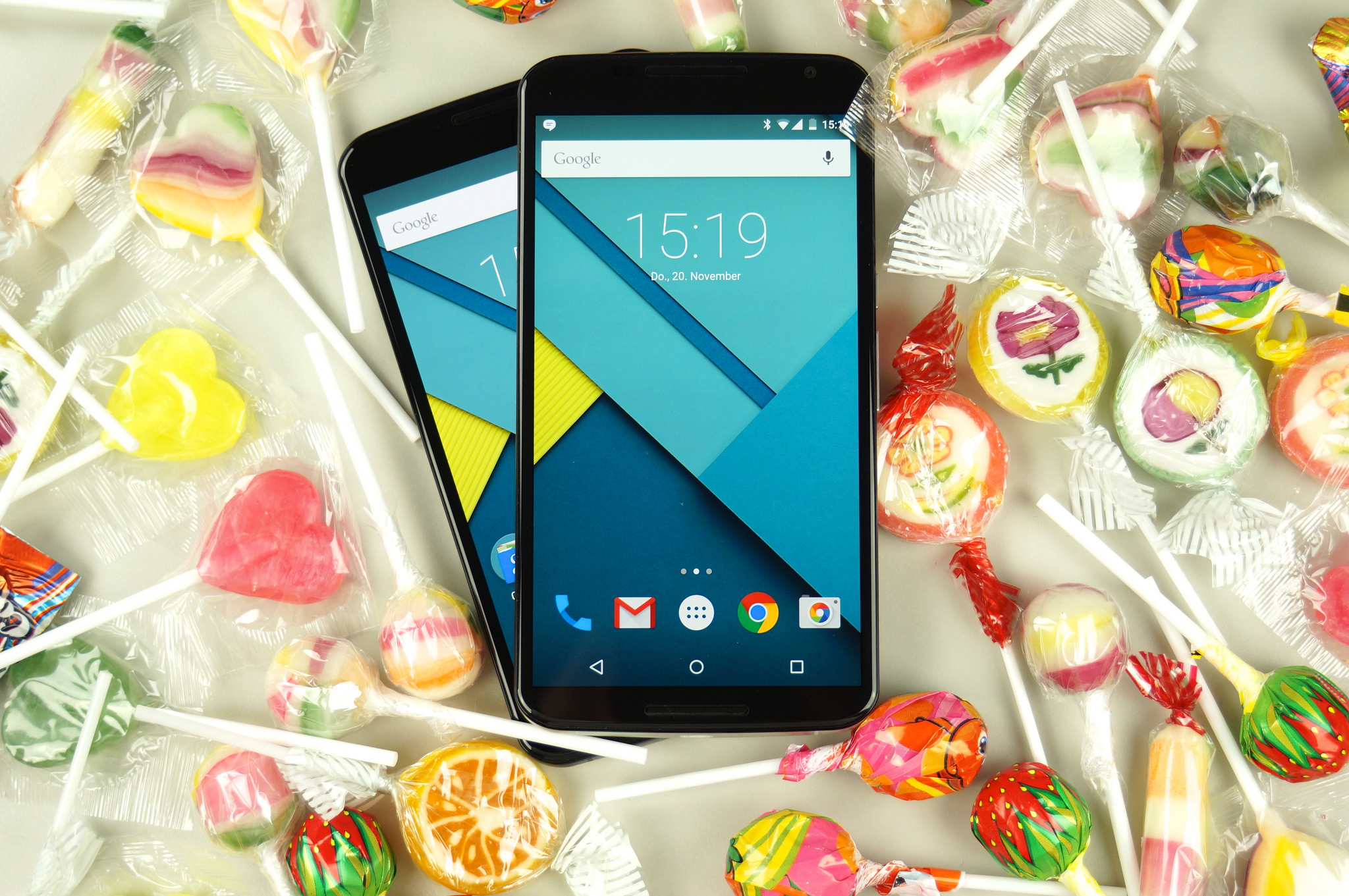 Above: The Nexus 6 phone with Android Lollipop.

This past May at Google I/O, Google previewed its latest iteration of the operating system: Android M. The feature list includes custom tabs in Chrome; Android Pay, a revamped version of Google Wallet; the Doze power management tool; native fingerprint sensor capability; and Google Now on Tap, which lets you drill down on text in any app and instantly bring up context and actions through Google Now.

That last feature in particular shows where Android is going — doing things that rely heavily on, but abstract away the tedium of, mobile app switching and core Google web search.

Here’s to the next 10 years of Android, Google. 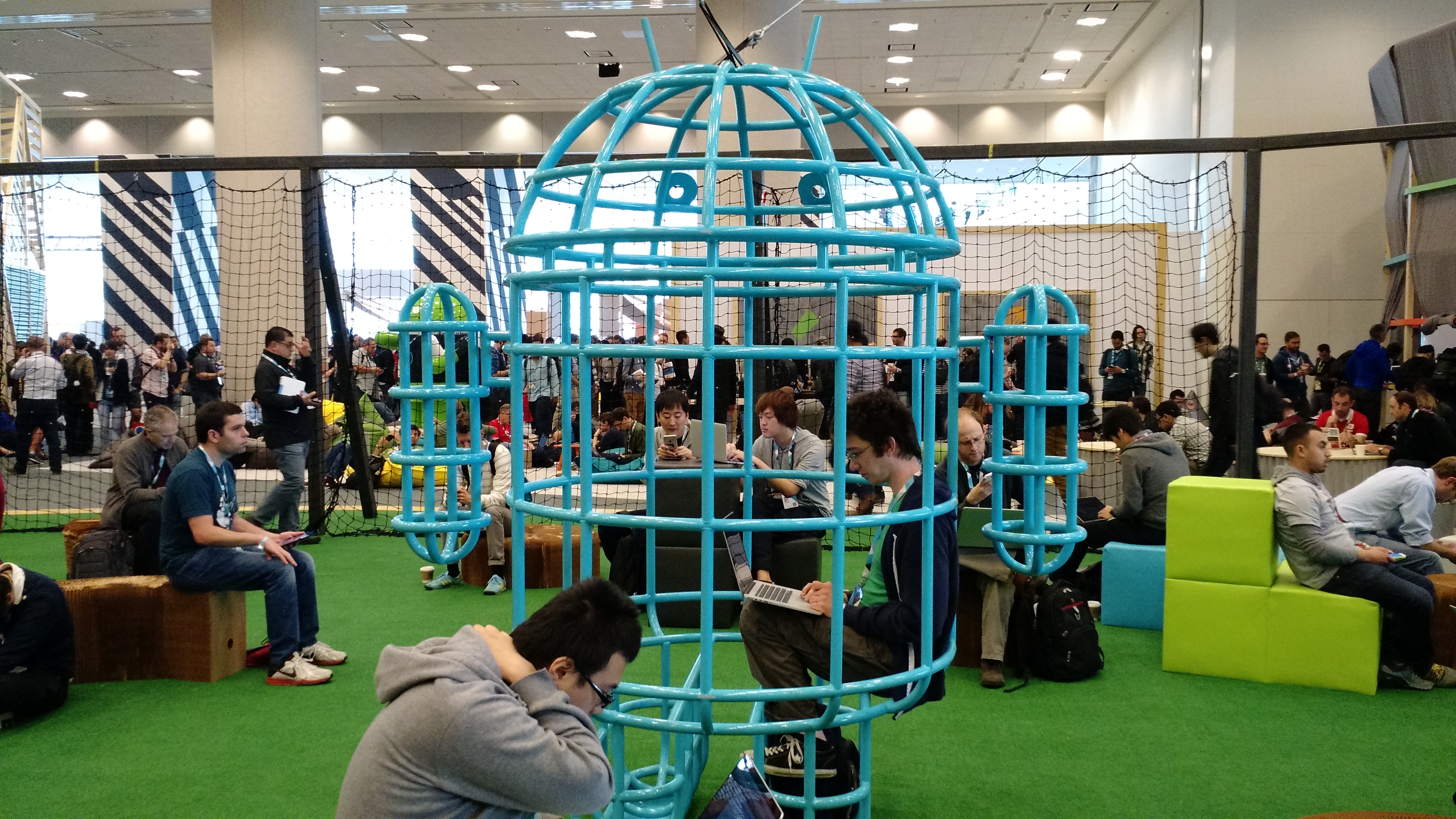 Above: At the Google I/O conference in San Francisco on May 29.