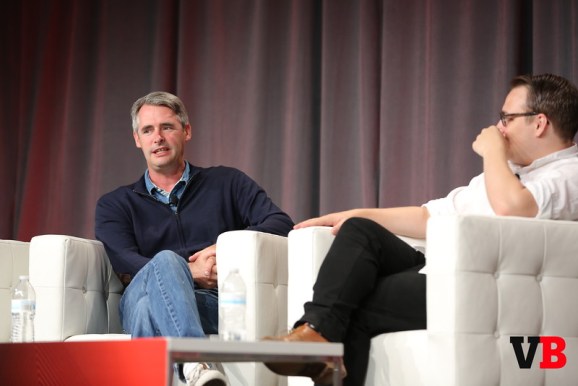 On stage at the MobileBeat 2015 conference, McCue said, “We’ve had very good growth and it’s coming from a variety of places.” To give a better picture of its growth, McCue said the month prior, there were 65 million monthly active users, a 7.69 percent increase.

Amid all the buzz around Flipboard in recent weeks, with reported acquisition interest from Google, Yahoo, and Twitter, McCue shrugged off all the talk by simply saying:

We’re in a very strategic portion of the industry that’s valuable. Users want great content around their interests and that’s what Flipboard is focused on. It’s true that there are companies that have very significant number of users that think that this space is also strategic. I think that ever since we started the company, there has always been acquisition interests. It’s part of building a company these days and you have to learn how to parse that. Never say never.

Other topics that McCue addressed on stage focused on creating “a-ha!” moments on mobile. It all started with the cover of a magazine, then the iconic flip, the interactive table of contents, and the link back to the article. “Within the first 20 seconds, we got users to see that it was a fundamentally different product, a personalized magazine from the future, and got them to do their first flip,” said McCue.

For the longest time, Flipboard was available as a mobile app, but now it’s also available on the Web. Was there a reason why McCue chose this route? “I believe in the Web,” said McCue. “Flipboard is more than an app. It’s an ecosystem. All great apps need to be on the Web, especially the mobile web.”

Originally Flipboard was supposed to be a web product, but the company felt that at the time, the Web didn’t have the right technology to support what its product needed to be. So McCue “bet the entire company on the tablet” as it was the “best substantiation of our vision.” Nevertheless, he never shrugged off the idea of going back to the Web.

Here’s a video of McCue’s talk on stage at MobileBeat 2015.