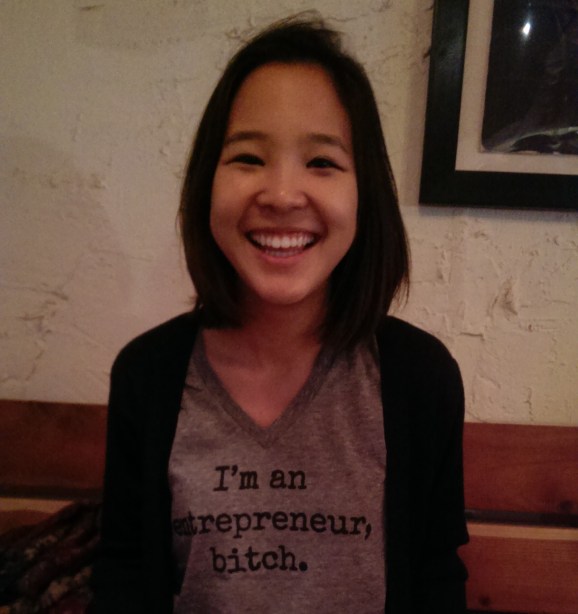 When Tyra Banks sends you a cool t-shirt, you wear it. Just like Locket CEO Yunha Kim.

Wish, a mobile commerce company that appears to have recently raised $500 million at a reported $3 billion valuation, has acquired Locket.

Locket developed a platform for displaying ads and other content on Android lockscreens. Tyra Banks is an investor in the San Francisco-based startup,

In addition to showing ads, Locket also provides an API to allow Android app developers to display all kinds of content on lockscreens.

While that might seem like a bit of a niche, just think about how many times you look at your lockscreen throughout any given day. Clearly, Wish saw that as a valuable bit of real estate for its mobile commerce business.

Locket founder Yunha Kim will be joining Wish as its head of growth. I asked Kim why she felt selling the company was a good idea. In addition to the usual statements about synergy and being able to grow faster, she said that Wish’s extremely rapid growth made her pay special attention.

“They’ve been super quiet in the press, so not many people except for some entrepreneurs and people in the industry know, but they’re killing this commerce market on mobile,” Kim told me via email.

“Over the past 3 years, they’ve grown from almost nothing to the #1 commerce platform in America and Europe. It’s not a stretch to say Amazon is #1 in desktop clicks; Wish is #1 in swipes,” Kim said.

“We hope to benefit from Locket’s expertise in engaging users with intelligent recommendations and creating a beautiful, native mobile experience,” said Peter Szulczewski, the chief executive of Wish, in a statement.

Wish is also based in San Francisco.

(Note: While Forbes reported in May that Wish raised a round that may have been north of $500 million, VB Profiles — a VentureBeat partnership — only shows $70.7 million in funding for the company to date. On the other hand, Crunchbase shows $578 million.)