Saying Xiaomi stole Apple’s design smacks of a willing misunderstanding about how design works in the smartphone world — and Xiaomi chief Hugo Barra defended his company admirably yesterday against these accusations.

For those who haven’t been following along, Apple design guru Jony Ive once described the design of Xiaomi’s Mi 4 phone as a form of theft, calling the design decision “lazy.” The idea has been rattling around in the tech media for a long time, and Barra addressed it head on yesterday in an interview with Bloomberg: 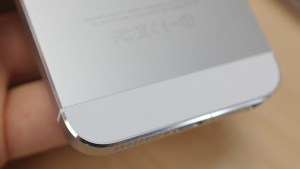 Above: That polished metal angled edge around the edge of the phone is a “chamfered edge.”

To say one company owns a single smartphone design feature is silly. The chamfered edge, for example, is used in everything from furniture to home appliances.

Billions of dollars are riding on the design choices that go into building a smartphone. The design of a phone is very likely one of the top two factors that govern a consumer’s choice of device, the other being the operating system. It’s a very subjective, taste-driven choice.

So the smartphone makers send phone after phone into the market, and they look for the design features that resonate. They watch each other doing this. They collectively engage in a gradual process of zeroing in on the size and design of the phone most people want.

And in the past few years we’ve seen the results of that narrowing process. Smartphones, premium ones at least, look alike in a number of different ways.

That’s exactly what Barra said in the interview:

“Without a doubt, every smartphone these days kind of looks like every other smartphone: You have to have curved corners. You have to have, you know, like a home button in some way, that’s how interaction design works.”

It’s very true that Apple has contributed a lot to the design of top-selling smartphones. And maybe it’s right that Apple is reaping the lion’s share of the profits from selling phones because of that. Barra points to the chamfered edge of the Mi 4 (which, by the way, is one of the nicest phones I’ve ever used). I don’t know if Apple invented the chamfered edge, but there’s no doubt that it owned it — it’s a uniquely Apple design trait. And one that’s used on many other devices, not just the Mi 4, as Barra points out.

Yes, many other devices have borrowed design tricks from Apple. Have you checked out the Samsung S6 lately? My immediate impression of that phone (which I gave a positive review) was that it looked like the iPhone — moreso than the Mi 4. The S6 even has the weird gray inlays in the shell that are part of the antenna.

Apple, too, has benefited from the collective effort of phone makers to find the optimal phone design. The iPhone 6, after all, uses a large form factor that Samsung introduced to the market in 2012. That size increase is very likely the single biggest reason that consumers have gone wild over the iPhone 6 and 6 Plus. You could argue that Apple learned that people like rounded edges on their smartphones from other phone makers. 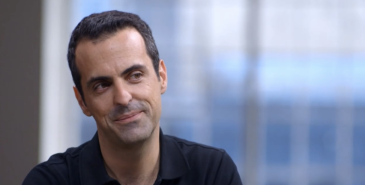 Apple, after all, is known as a fast follower; that is, it waits for other companies to market test new features, then carefully chooses the appealing ones to include in its next release. Apple has for years incorporated key features of the Android operating system into iOS.

Don’t be surprised if Apple’s iPhone 7 borrows some design tricks from some other phone on the market. For instance, it could build a phone whose shell is made entirely of Liquid Metal, as in the new Turing phone.

I think Barra’s comments yesterday will close the curtain on the “copycat melodrama,” at least for a while.