If there’s one thing that Twitter users don’t like, it’s having their beloved social network tampered with by the powers above. But that’s exactly what Twitter has done by removing the background wallpaper feature from users’ Twitter.com homepage and notification timelines. 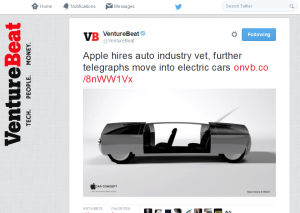 Twitter users have been able to display their own background image on their profile for years, but now it’s only visible when a logged-in user views a specific tweet page, list page, or collection page, reported Mashable.

So while brands (and individuals) are still able to personalize their profiles to an extent, it’s far less visible than before. For the most part, now all you’ll see is a white background.

Theories abound as to why Twitter has switched off a long-cherished feature of the web-based app — some say it’s making space for ads, others that it’s trying to create a more consistent “look.”

Whatever the reason, someone has already built a workaround that brings background images back in their entirety, reported the Guardian.

A Germany-based developer has posted Twitter Background Restorer to GitHub for anyone to use, though the extension only works with the Chrome browser. It requires a little bit of fiddling with the source code, but it does work.

Though Twitter hasn’t removed the background wallpaper image completely, it does seem odd that it remains in some parts of Twitter.com, so it’s likely only a matter of time before it’s gone for good.