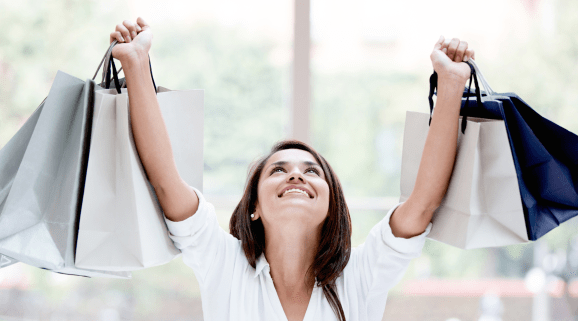 Keeping customers happy is a company’s first order of business.

But, Medallia CEO and cofounder Borge Hald pointed out to me via email, that task gets harder as a company gets bigger.

To help companies — especially big ones — maintain those relationships, the Palo Alto, Calif-based company is today announcing it has scored a huge $150 million round. This is Medallia’s fourth since its founding in 2001, bringing the total raised thus far to $255 million. Clients include Airbnb, Four Seasons, GE, Macy’s, and Marriott International.

“Customers get lost in the big machine,” Hald noted. “That’s where we come in.”

He and his wife, Amy Pressman, cofounded the company, he said, because they realized “most companies lacked a systematic way to tell which customers were happy or dissatisfied, what was driving that sentiment, and then do something about it that would make a difference.”

For instance, he told me, they saw how hotels assumed that the couple’s repeated stays meant they were happy customers, when in fact it meant they had limited choices. “They never actually asked us if we were happy,” he said. Plus, there was no system to record issues.

Medallia’s cloud-based platform is intended to let “a company act more like a person — to detect emotion, respond to feedback, and change behavior.” It captures what customers are saying, through surveys, social media, or phone interactions, and then combines that info with ongoing internal data about services, customers, resources, and other factors.

The resulting insights, Hald said, might then be sent as an alert to a customer-facing employee’s smartphone for immediate resolution of a complaint, like getting those extra towels that were never delivered. Or an executive might utilize overall trends from Medallia’s data to inform decisions.

He gives the example of clothing and home furnishings retailer Tommy Bahama.

“The company knew there must be a better way to understand the guest experience than the old retail standard of ‘secret shoppers,’” Hald said. So, it used Medallia’s real-time guest feedback to fix “undiscovered issues before they became problems.”

Hald also pointed to an unnamed large payments company that was losing business “because merchants found it difficult to complete transactions.” Feedback through Medallia made it possible to pinpoint over 30 problem areas and resolve the bottlenecks.

This massive round, led by Sequoia Capital, will be used to grow the company in the U.S. and abroad, as well as develop new products/services and build out the global partner ecosystem.

There is no shortage of customer feedback solutions out there, including Get Satisfaction, Genesys, Mindshare, and Zendesk.

Hald said a few companies — including Tableau, Salesforce, SurveyMonkey, and IBM — offer some of the things Medallia does, such as social media monitoring, survey management, or text analytics. But he contends there are “no significant head-on competitors” that cover the range and depth of customer experience management and analysis that his company does.