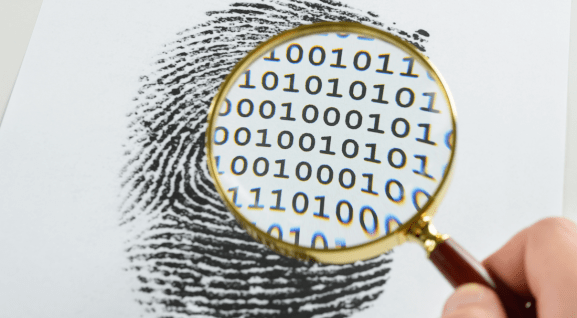 Many predictive lead scoring companies promise to find new prospects for your company.

But not many predictive lead scoring companies were founded by a former Israeli military intelligence expert who applies anti-terrorist data mining tactics to help companies better understand their customers.

Today, that B2B company, San Francisco-based Leadspace, is announcing it has scored $18 million in new funding so it can continue to figure out signals left by individuals in big data.

The signals, CEO Doug Bewsher told me via email, are determined from behavioral, intent, and other data in the open Web and social media so that businesses can find people who make buying decisions, and then create targeted messages that help close deals.

Founder Amnon Mishor had been a member of Israel’s elite 8200 military intelligence unit, and is today the firm’s chief technical officer. Bewsher is the former chief marketing officer for both Skype and Salesforce.

The company claims more than 100 current customers, including Oracle, Autodesk, and Microsoft, and it says clients generate $100 worth of pipeline-filling deals for every dollar spent with Leadspace. 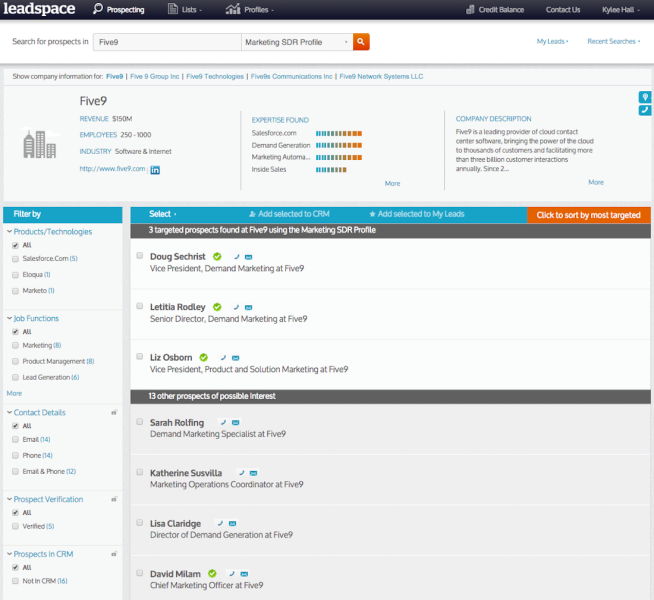 Above: A screen from the Leadspace platform.

Bewsher told me the competitors his company most often encounters are Lattice and Infer. One differentiator, he said, is that Leadspace “both enriches and scores leads.”

“Where most other providers focus only on the scoring algorithms,” he emailed, “Leadspace enriches lead data first with web and social sources to improve scoring accuracy. Beyond enrichment and scoring, Leadspace also finds net new leads (discovery), which is essential when entering new markets or looking to expand.”

His company “goes beyond company-level information to the individual level,” he said, with attention to both aspects, as well as to each separately. Leadspace also builds up company-level attributes from individual info, he said, instead of the other way around.

And Leadspace utilizes a unique “hybrid approach that takes into account both historical data and user input,” he said, meaning a customer company could build a predictive scoring model based on its own info, with little or no data, such as for new markets or for new products.

Led by Battery Ventures, this Series B round included investments from JVP and Vertex. It brings the total raised thus far to $35 million, including debt.

It will be used to increase Leadspace’s global footprint, extend its partnerships, and further develop its platform by expanding its tech development team in Israel. New integrations will be developed for marketing platforms like HubSpot and Pardot, employing the company’s recently launched API.

Bewsher said the company will also expand into new engagement opportunities, like advertising or content, so the platform’s customers can have “more options for finding and connecting with their ideal buyers.”