The respected upstart smartphone maker OnePlus today took the wraps off its hotly anticipated second phone — the OnePlus 2. The phone offers significant improvements over its predecessor in terms of its cameras, display, and processor.

“The One Plus 2 is very important because we have to prove to people, and most importantly to ourselves, that the OnePlus One was more than just a fluke,” said OnePlus co-founder Carl Pei during the announcement event Monday night.

The announcement itself was unique. The OnePlus 2 was announced during a 360-degree virtual reality presentation shot at the OnePlus office in China. Viewers were given cardboard headsets into which they slid their Android phone to view the presentation, which was a combination of Pei’s comments, customer interviews, and canned promo video.

The OnePlus 2 looks similar to the OnePlus One, but has a decidedly sleeker appearance. The body of the OnePlus 2 is designed with an aluminum-magnesium alloy frame and stainless steel accents. 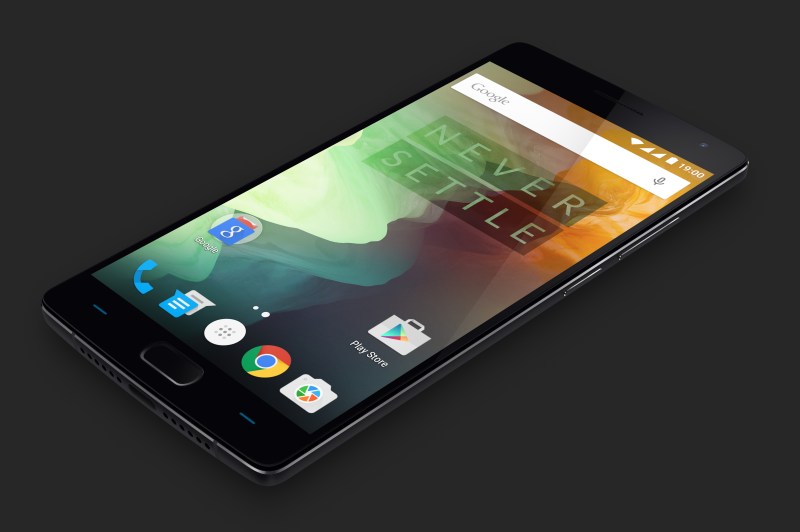 There is no extendable storage, no near-field communication (NFC) chip, and no removable battery.

The phone does offer improved rear camera. The 13-megapixel camera has 6 physical lenses, a dual LED flash, f/2.0 aperture, Object Image Stabilization, and laser focus. The original OnePlus phone used a Sony sensor, but for the OnePlus 2, makers switched to a sharper OmniVision sensor, as Pei told me during a visit at the VentureBeat offices.

Actually, the new camera was designed by a team of engineers whose members include a number of ex-HTC people. The front of the phone has a wide-angle 5 megapixel camera.

The OnePlus 2 is the first smartphone in worldwide release that uses the new USB-C cable for power and data.

Above: The OnePlus 2 is the first global smartphone to use USB-C for power and data.

The OnePlus 2 may also be the only Android phone with a dedicated physical button on the side of the phone for silencing or otherwise controlling notifications.

OnePlus 2 ships with OnePlus’s own operating system, OxygenOS, a rather conservative overlay to stock Android — in this case Android 5.1 (Lollipop). The phone will likely upgrade to Android M later this year.

“With the OnePlus 2, we’re making a bet on the future, and doubling down on a holistic product experience,” Pei said in a statement. “We’re excited for what our fans have to say.”

The new phone will be available in Sandstone Black, and owners can buy replacement covers that come in Kevlar or real wood: Bamboo, Black Apricot, and Rosewood. 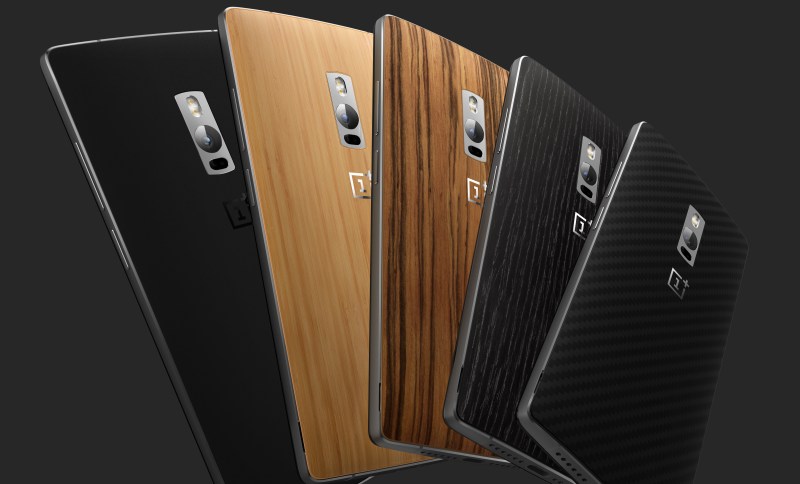 OnePlus has garnered a lot of headlines over the past year, primarily because it offered a premium-spec phone, the OnePlus One, with an affordable $299/$349 (16GB/64GB) price tag. It originally launched in 17 countries in Western Europe, Asia, and North America, before also rolling out in India and Indonesia. However, the China-based company has been criticized for making it too difficult to procure one of its phones.

To get a OnePlus 2, you have to get an invite from a current OnePlus 2 user, or take your chances getting one via OnePlus’s website or social media channels (starting July 31).