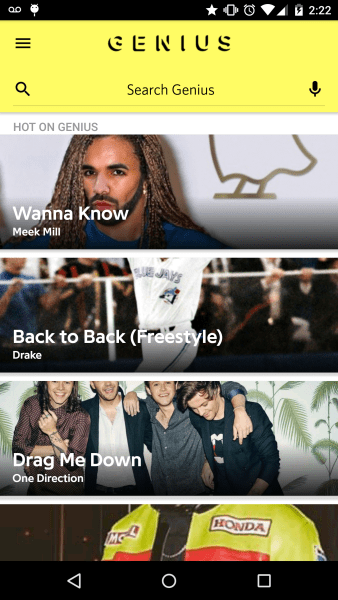 The launch of an Android app may mark an official truce between Genius and Google. In 2013, when Genius was still named Rap Genius, it got into hot water with Google for trying to hack its ranking system. That episode now seems to be water under the bridge.

The long-awaited Android app will give users access to Genius’ database of annotated content and allow them to upvote and downvote annotations. However, unlike the iOS app, Genius on Android won’t let users create or edit annotations. Genius Android developer Lisa Wray says this functionality will be coming soon.

“We’re going to try and push out more updates as fast as we can,” she said, meaning that updates to the Android app will be on a more frequent schedule. 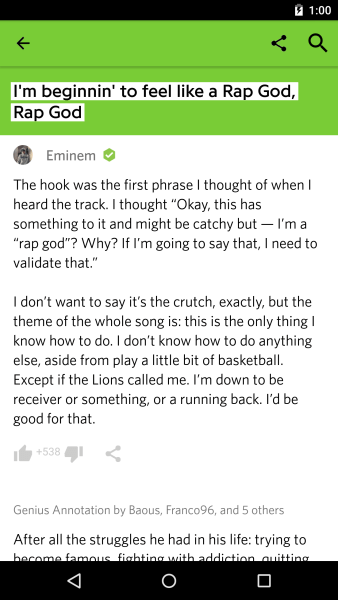 Wray says Genius’s new look takes advantage of Google’s Material design language by using bold colors and new typography. She also says the redesign overall is meant to reflect what Genius is right now. Genius, mostly known as a crowdsourced project for annotating song lyrics, has expanded well beyond annotating songs to include books and other texts.

“We are a knowledge project. We’ve come a long way and we’re bigger and more exciting,” says Wray. 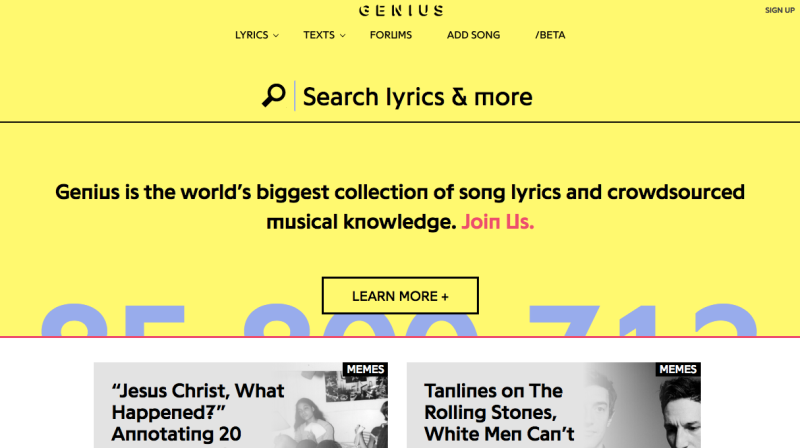 Across the web and mobile, Genius now features a yellow header with a more prominent search bar and eschews Genius’ signature black background for a more readable white one. It’s also trimmed the number of subjects at the top of the page from 14 down to five: lyrics, texts, forums, add song, and beta. The updated web homepage features the company’s mission statement prominently across the top along with a “learn more” button that expands the header to reveal instructions on how to navigate the site.

Genius is the world’s biggest collection of song lyrics and crowdsourced musical knowledge.

Below the header is a pared down selection of trending content. Genius says it will also be sharing more stats on the site, like how many contributors are active on each page and how many views each page has received. The new look will also be coming to the Genius iOS app today. 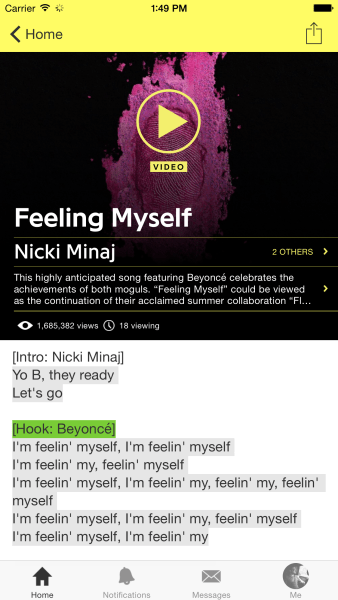 This is the latest update to Genius. Earlier this year, the company launched an API to encourage developers to help expand the annotation project across the web.