Motorola, owned by Lenovo, announced the new Moto G smartphone at an event in New York on July 28. It’s one of a new wave of mid-priced phones that pull off some tricks usually found in premium phones, like the Samsung Galaxy s6 or the iPhone 6.

I had a good experience using the phone, and appreciated the cleanness and simplicity of the user interface, which is a lightly enhanced version of Android 5.1.

I based part of my review on comparisons between the $180 Moto G and more expensive phones like the 2014 Moto X and the iPhone 6. I found that it compared surprisingly well to those premium models in a number of areas. 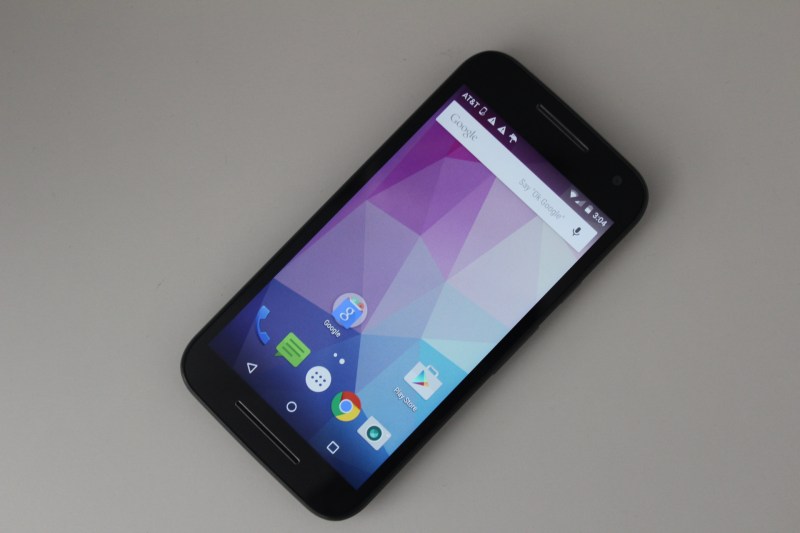 The last version of the Moto G was released in September of last year. This year’s model adds full HD video on its 5-inch screen, 4G LTE support, and a slightly faster Qualcomm processor.

The Moto G is great for doing the basics like email, photos, maps, and social media. Watching video on the phone is a pleasing experience, too.

The Moto G has an easily removable back cover, under which you’ll find slots for a Micro SIM card and a microSD slot for additional storage. 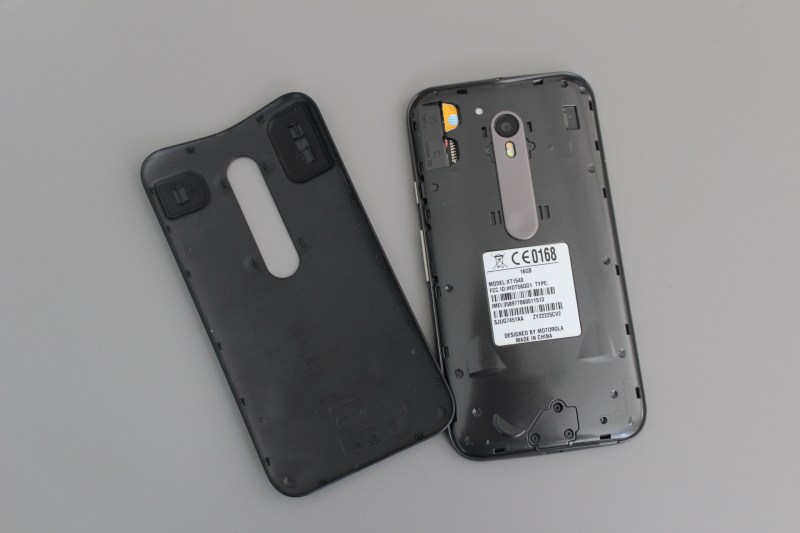 The phone has some heft to it — enough to make it feel like something more than a toy. The shell is a little too plasticky for my taste, and, while the back cover does come off easily, when it’s on it still has some play to it and feels like it isn’t well attached. I realize that sacrifices need to be made to hit the low price point, but would it have been that much more expensive to provide a thicker, more sold back cover? 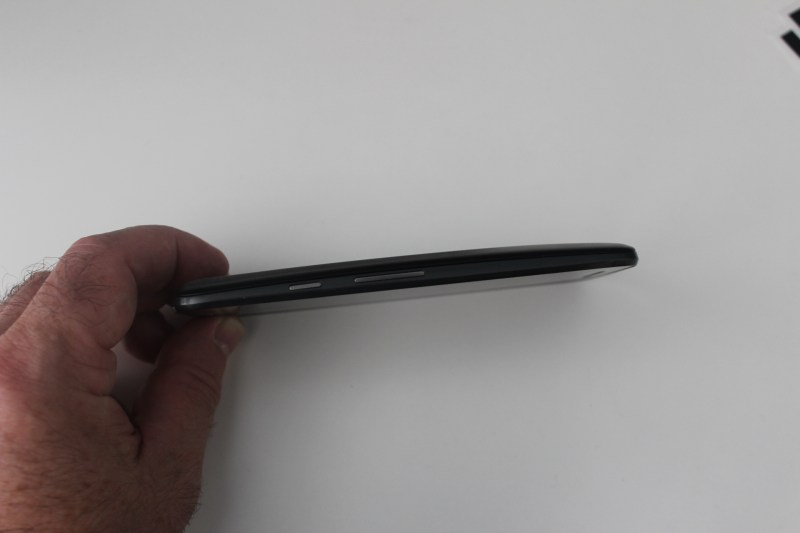 Motorola has designed something called “Motorola Migrate” that’s supposed to help you move all your apps, contacts, call history, and email. I suspect this works best when moving stuff from one Android phone to another, but it does allow you to “migrate” data from an iPhone. I had mixed results. A handful of the apps on my iPhone showed up on the Moto G, none of my call history, and my calendar entries moved over nicely. 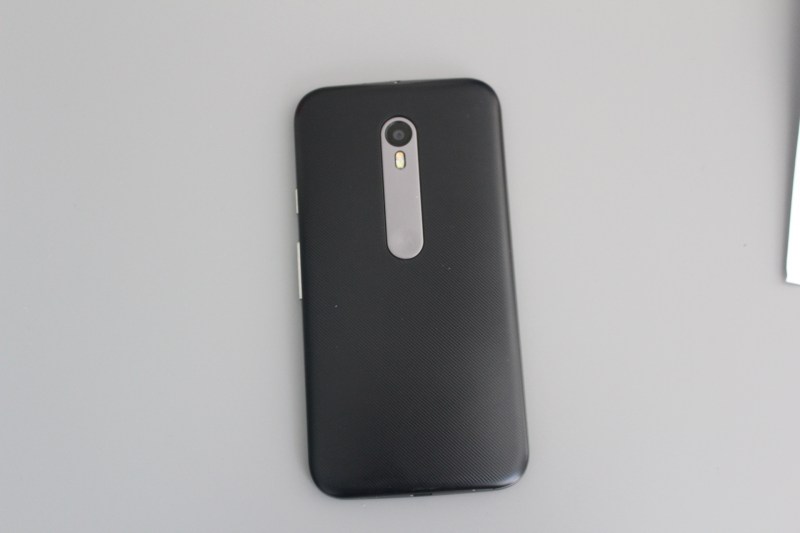 The phone is powered by a quad-core 1.4GHz Qualcomm Snapdragon 410 processor with 2GB RAM. The Moto G also runs Android 5.1.1 Lollipop. Using the G side by side with the Moto X I found that the X might have slightly faster response time, but the G was no slouch. Navigation was speedy, and launching apps was smooth and fast.

On the back you’ll find a 13-megapixel camera, while the front sports a 5-megapixel version. Motorola says it added a new lens system to the G that captures more light, reduces glare, and aids color balancing.

The photos I shot  in good lighting conditions look sharp and color-balanced. The photo below was taken using the Moto G, and the one just below it was taken with the 2014 Moto X. 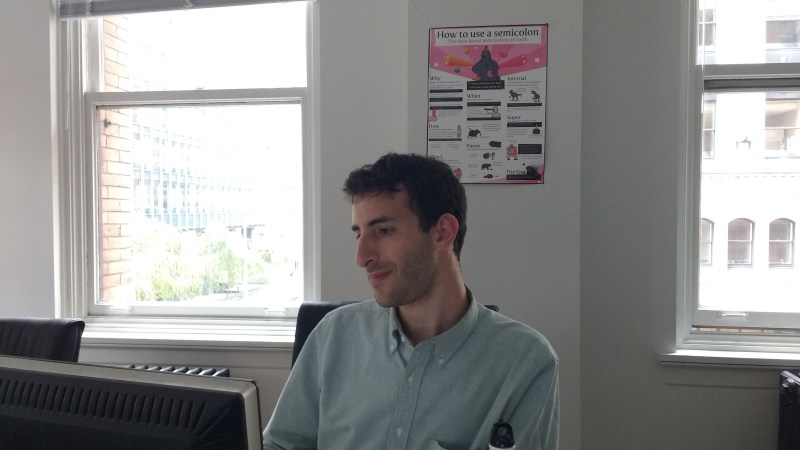 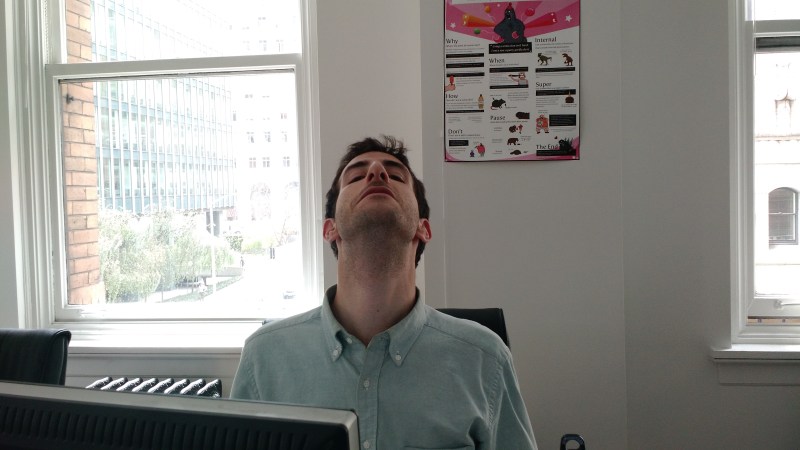 The Moto X shot appears to be a bit sharper, but not by much. I did notice that using the light control in the camera app, it was easier to arrive at the right light level on the Moto G than it was on the Moto X.

The 5-megapixel camera on the front of the phone produced some nice-looking photos, with more than adequate picture quality for my needs.

Watching video yielded similar results. I watched the same HD video (by Taylor Swift) on the Moto G and an iPhone 6. That’s the iPhone on the top in the image below: 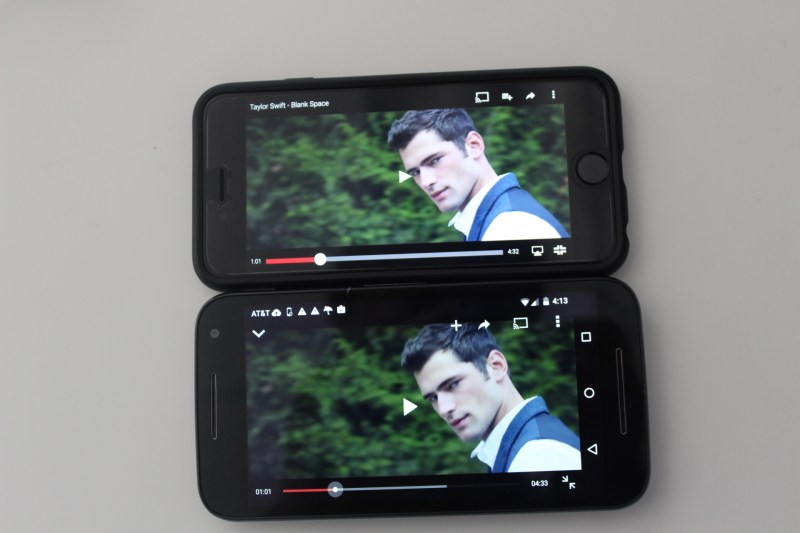 The Moto G’s 720p display isn’t top of the line, but it produced a sharp and well-balanced look. While the image was bright, it wasn’t overly bright. The video image on the iPhone may have been a tiny bit sharper. Again, the Moto G compares well with a much more expensive phone.

After using the Moto G for a couple of days, I found battery life to be in line with that of my iPhone 6. The battery in the Moto G, which is bigger than in the 2014 version of the phone, can probably power a couple days of normal use with no problem.

I don’t have a lot of complaints about the Moto G. For $180 you get a phone that acts like a premium smartphone in many ways. Where you’ll notice the difference is in the design and materials: nothing fancy on the design, and the phone is banded in shiny gray plastic with a thin plastic snap-off back that feels flimsy.

Still, for people looking for a mid-priced phone with all the joys of Android Lollipop, the Moto G is probably a good choice.