On-demand food provider Sprig is undergoing a bit of a transformation today. The company is not only becoming more transparent about where it sources ingredients from, it is also reshaping its workforce by transitioning servers from contractors to employees.

It’s not surprising that the market for food delivery is getting somewhat saturated. In large U.S. markets, you can use Postmates, GrubHub, Yelp, Eat24, DoorDash, Caviar, Sprig, and others. But Sprig is not just about getting food to you, but rather about making it easy to eat well. Since its launch in 2013, the company says it’s on a mission to “make healthy eating universally accessible.” 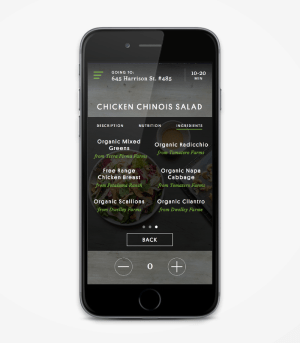 In its latest step to prove the company’s value to customers, Sprig chief executive Gagan Biyani told VentureBeat that the company is undergoing changes in keeping with a “form of radical transparency in the food and tech business today.” Starting today, when users select a dish for 15-minute delivery, they can also expect to learn the name of the farm where the ingredients are sourced from.

Knowing this information can change the way people behave toward food, or at least that’s the idea. “We’re educated about food, so it’s our responsibility to educate others,” Biyani said in a phone interview. He equated lack of knowledge about food sourcing to society’s original take on cigarettes — it was generations before the health dangers of tobacco became common knowledge. In the end, it’s about giving people the tools to better understand the long-term health consequences of the food they eat. 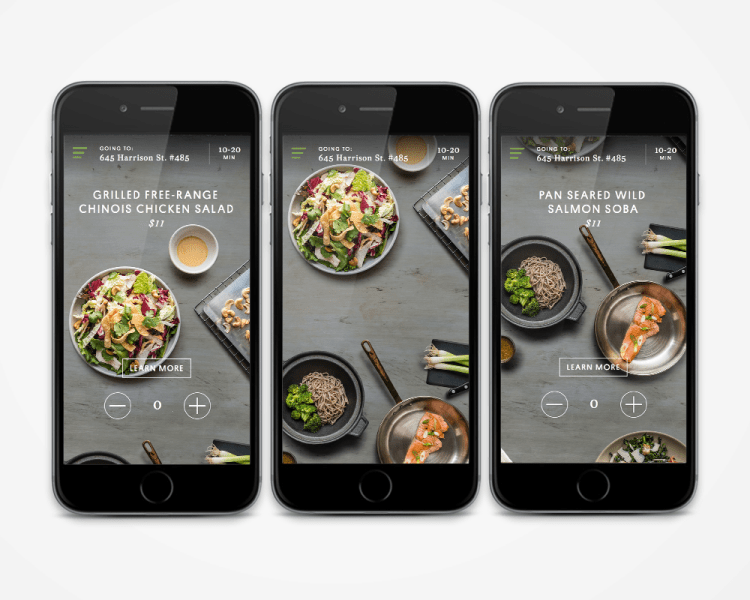 Listing out where the ingredients come from may not seem like a big deal, but it’s more about showing that Sprig cares about what its users are consuming and has made the effort. It’s “meant to build trust between the company and the user,” said Biyani. “It’s more important that Sprig is the company that values ingredients so that users don’t have to.”

As part of its evolution, Sprig is also changing the relationship it has with its staff. The company is transitioning servers from contractors to employees, giving them the opportunity to earn stock option grants. This change will go into effect over the “next several weeks” in Sprig’s existing markets (San Francisco, Palo Alto, and Chicago) and will include any future expansions as well.

Obviously, this particular piece of news will draw comparisons to other companies in the 1099 economy, especially Instacart and Shyp. However, Biyani is adamant that Sprig isn’t copying anyone. It’s more about passing along its values to servers, enabling them to “take ownership,” both literally and figuratively. If they feel part of the team, they’ll support the mission and in turn (hopefully) communicate that sense of purpose to Sprig’s users.

One last thing — what’s a transformation without a new look? The company has updated its branding to show that it’s more “authentic” than other similar services. If it’s going to “talk the talk,” then it at least has to “look the part,” which means there’s a new logo and new photography showing the pride it takes in its food.