If you’re a developer, agency, or online video platform that lets users upload video content to share with their friends, one of the things you may worry about is how to make sure that it’ll render in high quality and also encode at a rapid pace. Should you be encountering this problem, Bitcodin wants to let you know that it’s here to help.

Backed by Y Combinator, Bitcodin says it enables fast playback of videos, optimizes the streaming quality, and supports buffering. It claims that it’s going to be able to provide video encoding at speeds a hundred times faster than similar services, while also providing Netflix-grade quality streaming. 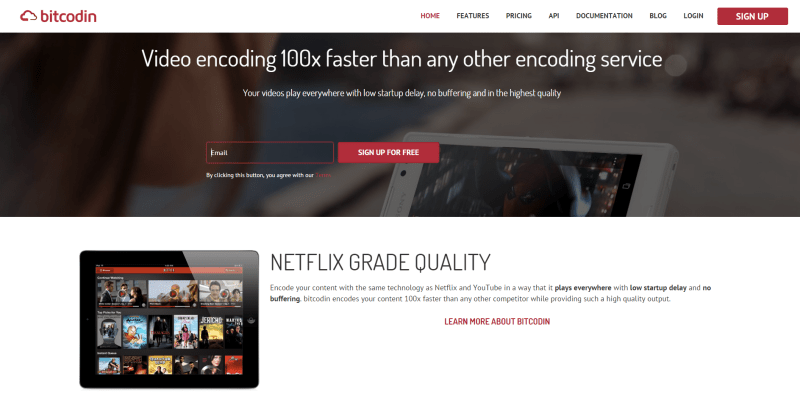 Developers interested in tapping into this platform can go to Bitcodin’s website to sign up. All they need to do is upload a video file and select the output format, such as MPEG-DASH at 1080p. From there, the service does all the work and will spit out a new video file that can play on every device.

Perhaps the best news is that when the resulting videos play, they do so without any additional technology or software. That’s right, you won’t need Flash or Silverlight installed. It’s compliant with the same streaming standards that Netflix and YouTube follow. Interestingly, these standards, both with MPEG and MPEG-DASH online video streaming, were formed thanks to contributions from Bitcodin’s founders Stefan Lederer, Christopher Mueller, and Christian Timmerer. 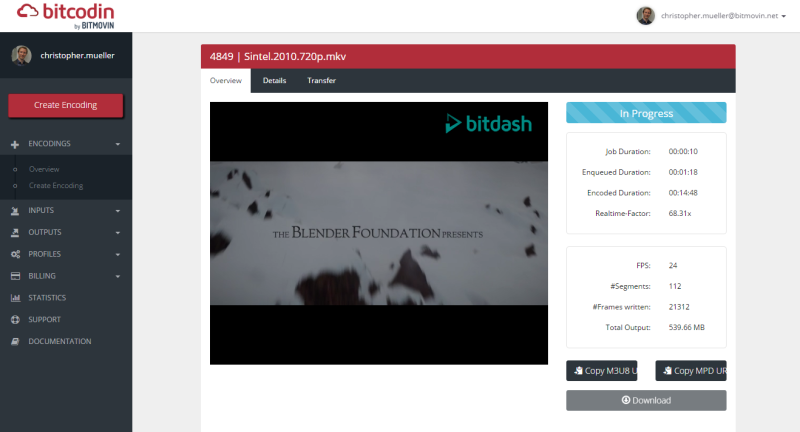 Bitcodin started as a result of Lederer, Mueller, and Timmerer’s standardization work, when they realized what they were doing could help people produce videos of higher quality. Lederer told VentureBeat that his company is able to provide such speed and quality because Bitcodin’s infrastructure is stored in the cloud, which he said lets it move at much faster speeds.

Customers can elect to use one of Bitcodin’s monthly plans. There is a free option that supports up to 2.5 gigabits of data and 10 encodings, as well as paid ones that range from $29 to $149 per month. All the paid plans provide unlimited encodings but differ when it comes to the amount of gigabits it can handle.

To date, Bitcodin has raised a little more than a million from Y Combinator and two investors in Austria.