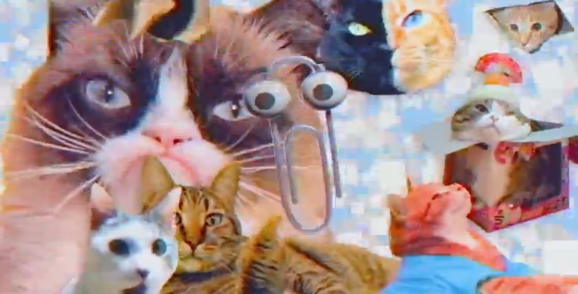 Clippy is arguably the most beloved and hated animated character that Microsoft has ever come up with. We can’t think of a better way to pay tribute to the little paperclip than a whole music video.

That’s exactly what the U.K. band Delta Heavy has done. Their song Ghost doesn’t mention Clippy by name, but in this video clip, he’s clearly the main character.

In any case, here is Clippit/Clippy as you’ve never seen him before:

I’ve honestly never seen a tribute music video to an iconic character that is this good. It was much, much better than I expected when I first clicked.

While there were other assistant characters, Clippy became disliked in particular because he was the default and because in many cases the setup CD was required to install the other assistants. In fact, criticism was so high from customers and even Microsoft employees that the feature was removed in Office 2007 for Windows and Office 2008 for Mac.

Despite its flaws, Clippy could be useful in certain cases. So it should come as no surprise that Microsoft isn’t done with the idea of an Office assistant.

Rumors point to a work assistant application the company is building, potentially called Office Now. In addition, the digital assistant Cortana has been available on Windows phones for over a year now, and just last week arrived for the first time on PCs.