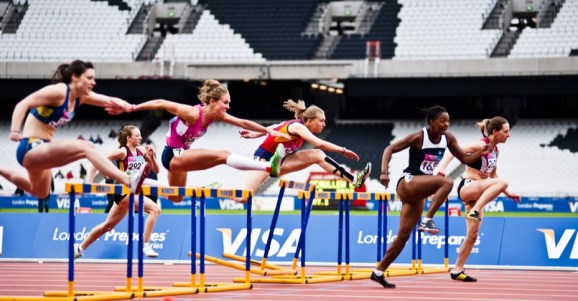 With the Olympics a year away, kicking off August 5, 2016, the event may seem far off still for most of the more than 200 million Americans who watch the summer Games. Yet it’s coming all too soon for marketers, technology firms, and media companies aiming to capitalize on the attention and interest that the Games generate.

Most of the playbooks marketers used for the 2012 London Olympics (the most-watched televised event ever in the U.S.) and even the 2014 Sochi Olympics will be dusty come the Rio Games. Building on a report my firm just released, Marketers’ Road to the Olympics, here are seven ways that marketing, media, and technology in 2016 will be different.

1. At your service: The 2016 Olympics should be a boon for personal and virtual assistants. During the 2012 Olympics, NBC reported that 46 percent of 18- to 54-year-olds said they “delayed doing laundry and other chores” to watch major events such as gymnastics, according to The New York Times. If you have an easy way to clean someone’s home, restock their fridge, walk their dog, or make their bed, August 2016 should be the best time ever to demonstrate value. The big question is, how do you get customers to keep using those services come September?

2. The real influencers: While former presidents and current Hollywood celebrities will be among the most recognized ambassadors to the Rio Games, expect a lot of celebrities who most people older than 30 won’t recognize. Vine and Instagram stars such as Jerome Jarre and Fuckjerry will likely field offers to cover the Games for brands, as will many more niche influencers who have devoted audiences.

3. Up or down Periscope: The International Olympic Committee probably ranks Periscope somewhere between an ISIS attack and double toilet installations on its list of major threats to the Rio Games. If too much good footage is available via unauthorized video streaming, that eats into broadcasters’ ad revenue. Even if mobile streaming is forbidden during competition, it could be an effective way for the media and marketers to share raw, immediate perspectives from athletes when they’re not participating in events. Come August 2016, broadcasters will have a golden opportunity to show the value for mobile video streaming on a global scale, or perhaps show why it hasn’t deserved the attention it has already received.

4. Silicon Panda: As China strives to ensure its March of the Volunteers national anthem plays non-stop during the medal ceremonies, expect a surge of activity in Chinese apps, from core messaging apps like WeChat to goofy selfie studios like MomentCam and MyIdol. By 2016, China should have more than 620 million smartphone users, according to eMarketer – or a smartphone user base about twice as large as the entire U.S. population. Brands that are ramping up in China should line up now to place bets on the biggest Chinese mobile social properties and offer exclusive content and deals.

5. Drone’s eye view: There will undoubtedly be all sorts of prohibitions against drones at the Rio Olympics, with regulations likely coming from Brazil’s government (concerned with drone terrorism) and the IOC (concerned with media rights). That means drone stunts will be challenging, but it’s possible there will be loopholes or even accommodations for such technologies. Olympic sponsors will want to find that appropriate window for how and where drones will be sanctioned so that they can show fans a perspective they’ve never experienced before. Additionally, by next summer, automated user-tracking drones such as Lily will be on the market, which will allow people to capture their own Olympian-esque feats even if they didn’t quite quality for the Games.

6. Virtual reality, real hype: Forget who has the wittiest real-time social media post. The real bragging rights for marketers will go to who has the best virtual reality experience. Expect a lot of stunts on location around the Games venues and other experiences for fans to try at stores, hotels, and other venues. Others will toy with more lightweight builds that work with Google Cardboard. Even with all the excitement around VR, this could prove to be the last Summer Olympics for awhile with so much hype about it, as content producers will be paying a premium for buggy technology that requires added hardware and is difficult to scale; by the 2020 Games, VR could go the way of 3D TV. Marketers can enjoy being among the first to market here, even if they’re also among the last.

7. The real value of wearables: Want to get into Olympian shape, or at least get off the couch more? Expect some apps to arise that allow people to compare their workouts to the athletes they follow and get insights and tips from the medalists. Marketers can help create this content, tapping athletes on their payroll.

After this taste of the changes ahead, think a year’s enough time to get ahead of all this as the changes keep coming?