Percepto, an Israeli startup developing hardware and software that drones can use to handle computer vision processes such as obstacle avoidance, is announcing today that it has raised a $1 million seed round from some impressive early-stage investors.

Richard Parsons, the former chief executive of media giant Time Warner, led the funding round. Billionaire Mark Cuban and Chinese angel investor Xu Xiaoping also participated in the round, as did Elevator Fund and Emerge. The new funding comes a few months after Percepto raised more than $100,000 through an Indiegogo campaign.

At the time, the startup’s message was that any person could attach Percepto’s “little black box” — packing an Nvidia Tegra K1 GPU and a camera — onto a drone and then get the drone to perform cool things thanks to computer vision executed inside the box. Now, though, Percepto is going after commercial uses of its technology.

“I now understand that this is, like, the missing piece in the drone puzzle that does not really exist in the commercial space. It only exists in the military space,” Percepto cofounder and chief executive Dor Abuhasira told VentureBeat in an interview.

Of course, some actual drones carry computer vision technology onboard. But Percepto wants to boost the intelligence of the average drone — allowing it to follow and film a car as it moves, or fly ahead of you as you approach it to keep you from walking into it, or do a 360-degree rotation around you as you ride a skateboard in order to capture some especially cool footage.

And there are other drone computer vision startups flying around, including Andreessen Horowitz-backed Skydio, which focuses exclusively on software, and Y Combinator-backed Vertical, whose hardware doesn’t come with a camera. 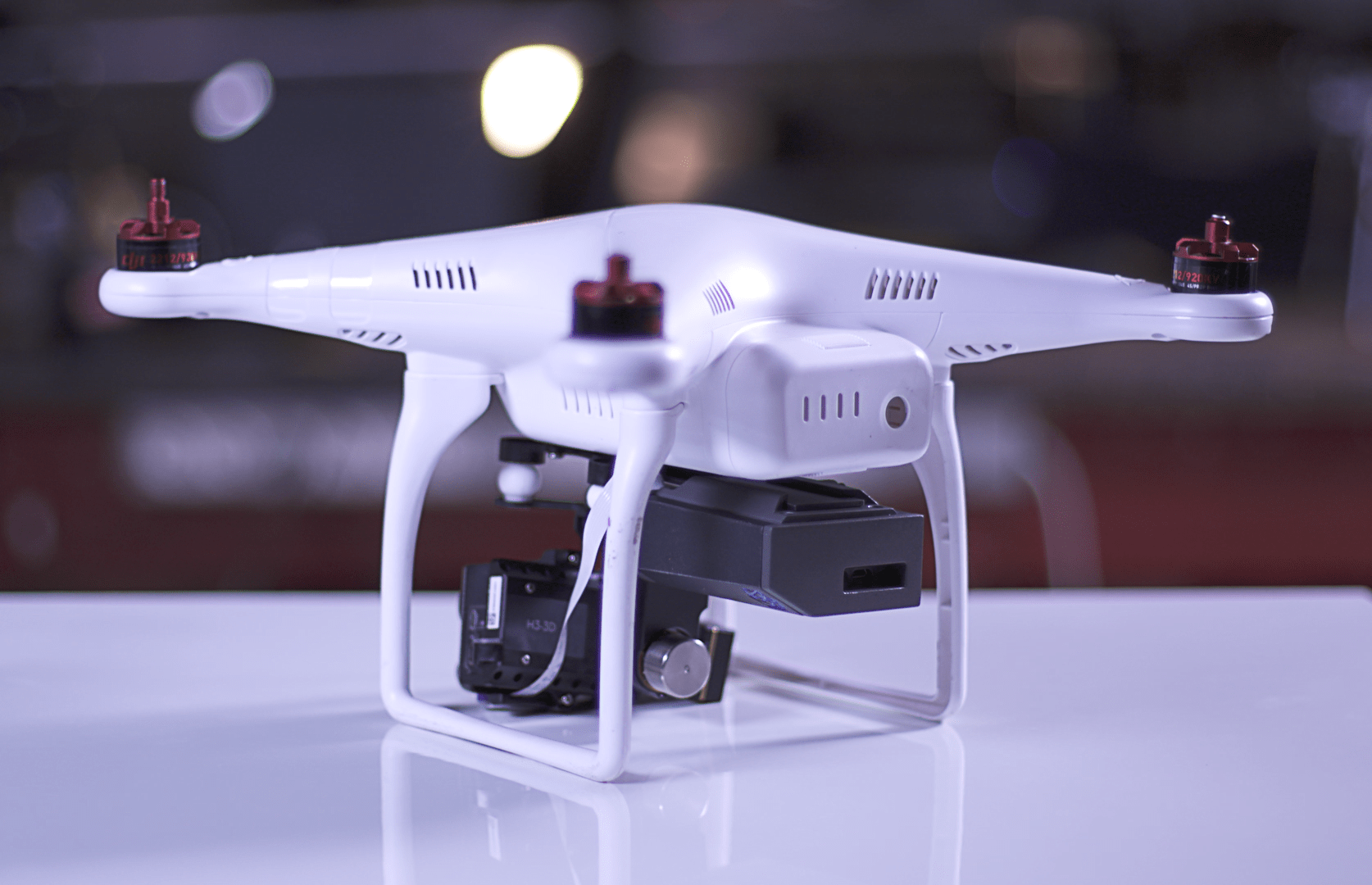 Above: The Percepto unit is the black box mounted on the right on the underside of this DJI Phantom drone.

But Percepto has a good origin story — Abuhasira and fellow cofounder Raviv Raz realized they should build this sort of technology after they were disappointed by the quality of the drone footage they brought home from a snowboarding trip in Austria. Since then, people have expressed interest in Percepto’s approach and backed the Indiegogo campaign, and Percepto will likely gain appeal among developers when the startup makes its software available for free under an open-source license later this year.

“We were very surprised by the big organizations that approached us to use this kind of system,” Abuhasira said. Such companies can inspect the open-source code, build on it, and then perhaps adopt the full package, including the hardware.

Percepto’s existing software development kit (SDK) can already save companies 70 percent of the time it takes to develop a new application that a drone can run, Abuhasira said. And from there, he said, it can “help us become pretty much the standard platform of commercial side of computer vision with commercial drones.” That’s the goal, anyway.

Percepto started last year and is based in Tel Aviv, Israel. The startup employs seven people. With the new funding, that number should grow to 12 or more within six months.

The startup has more detail on its seed round in a blog post.