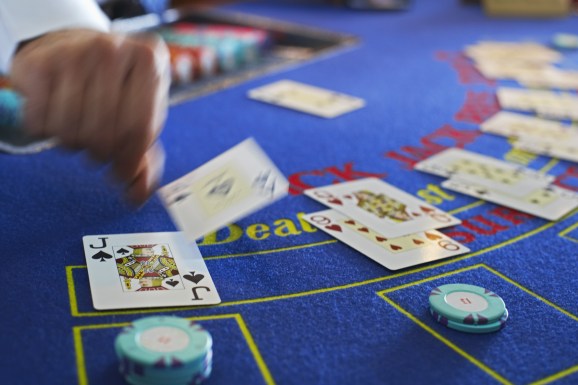 Sid Patil is an interesting character.

Head of data science at Twitter (the TellApart division: TellApart was recently acquired by Twitter), Sid held senior analytics posts at DemandTec (acquired by IBM) before becoming chief science officer at Freshplum (acquired by TellApart). You could say that he’s an acquired talent.

But Patil’s interest in analytics and data has a Hollywood-style origin — well, at the very least, Atlantic City.

You see, Patil was part of the West Coast Blackjack Club, the group of Massachusetts Institute of Technology students that went on to be featured in the book Bringing Down the House and the movie 21.

Ahead of his appearance on the main stage next week at GrowthBeat, where he’ll talk with VentureBeat’s CMO, Neil Shepherd, I spoke to Patil about how blackjack can help us better understand attribution, analytics, and dealing with change.

Stewart Rogers: How do blackjack and data science pair up?

Sid Patil: Blackjack is the only game in the casino that has a memory. What happened in the past is indicative of what will happen in the future, and this is very much like he world of analytics. We’re constantly trying to understand what has happened in order to understand the probability what might happen next, with varying amounts of certainty.

SJR: But for most of us, blackjack is a quick way to lose spades of cash.

SP: When we first started playing the tables, I lost $35,000 in one hand! But, over a long period of time, you realize it is a probabilistic game. When you work out the variables, find out what is significant, understand the chances, and push through, you can win in the long run. Funnily enough, blackjack taught me another important lesson. The rules of the game can, and will, change. Just as in business. We constantly had to adapt our game to fit those with those forced changes.

SJR: Have you seen similar changes in the game of attribution and analytics?

SP: When ecommerce first came into play and there was only the desktop to consider, it was easy to measure. Single-source attribution started coming into play, with companies measuring the last click, assigning all the credit to that one action. While it helped us understand where our marketing dollars may have been working, it isn’t an accurate way to measure.

SJR: And all of this was before we entered a multi-device world…

SP: Yes. This was one set of numbers from one device. The turning point in our blackjack history was when automatic shufflers came into play. That made it almost impossible for us to carry on as we were. We had to be a lot more selective about where and when we played, and I feel that is very much what is happening with mobile and cross-device attribution right now.

SJR: We’re constantly being told that mobile has to come first for marketers — the new heart of digital marketing. As a data scientist, what are your views?

SP: For a very large omni-channel client, we ran a study across desktop-only advertising versus a desktop plus mobile treatment. We saw that the mobile return on advertising spend was on par with the desktop. That’s an interesting outcome, because we know that consumers use mobile to research products and services, but a large percentage still move to the desktop to complete the purchase. That equivalence across desktop and mobile channels could mean that we’re pushing the buying process higher up in the funnel, resulting in a faster sale and fewer competitive losses.

SJR: So mobile is becoming incredibly important, then — a diamond in the rough?

SP: I’ll put it this way: You’ve got to start investing in mobile or you’re going to miss out. You’re going to ignore a large percentage of your customers. More than that, we know that your most valuable customers are shoppers that discover you, and research you, on their mobile. Mobile plays an incredibly important part in your future success.

SJR: So what is the underlying message you want to deliver to everyone, based on all the data you’ve seen?

SP: As with the introduction of those automatic shufflers, the rules of the game have really changed, and the worst thing you can do right now is nothing.

We’ll be talking more with Sid Patil on the main stage at GrowthBeat. If you want to hear examples of where companies have got it right, and wrong, and discover Patil’s formula for success, don’t miss it. Think of this opportunity to learn from Patil as your ace in the hole.