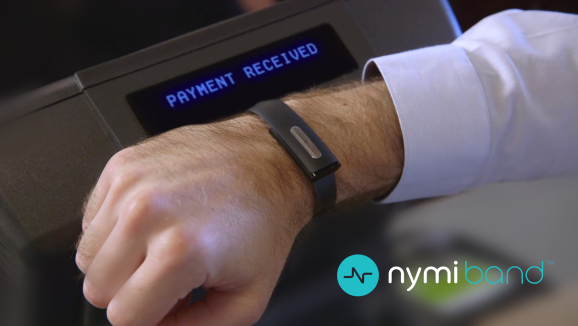 Nymi’s dedicated payments authentication wristband executes a payment when held up to a point of sale terminal that accepts MasterCard. The band contains an NXP near field communication (NFC) chip to communicate with any terminal that supports contactless Tap & Go technology. To prove that the wearer is indeed the MasterCard account holder, the band reads the wearer’s unique heartbeat pattern.

Nymi says the first live payment was made as part of a Canadian pilot on Friday, July 10, as seen here:

The Nymi biometric technology could be built into existing smartwatches and fitness trackers to remove steps from the payment process and cut down on fraud risk.

Nymi says more banks will participate in the pilot program later this year.