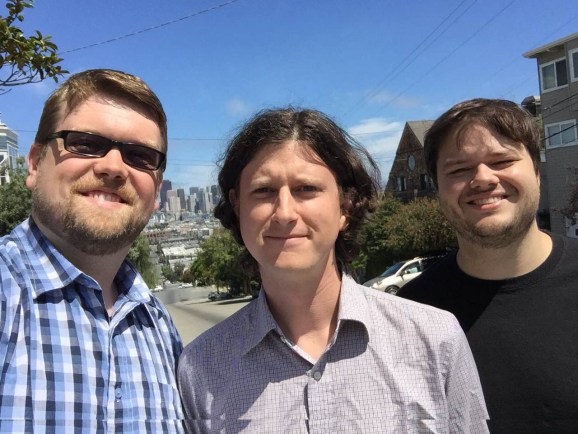 Software engineers who worked on Salesforce’s Heroku platform as a service (PaaS) cloud have launched their own startup, Convox. The startup is building tools that companies use to easily start running applications on the biggest public cloud available today, Amazon Web Services.

Convox is one of dozens of startups presenting at Y Combinator’s demo day next week as part of the prominent Silicon Valley accelerator’s summer 2015 batch. As part of the deal, the team has taken on $120,000 in funding from the accelerator.

The Convox team knows Amazon’s technology well. Heroku famously runs on top of Amazon’s infrastructure as a service (IaaS) and abstracts away the computing and storage services used to deploy applications. But Convox observed that Y Combinator-backed Heroku — which Salesforce bought for $212 million in 2010 — might not be good enough.

“At some point, [Heroku customers are] going to get so successful that they’re going to have to leave the platform,” Convox cofounder and chief executive David Dollar told VentureBeat in an interview. “That’s a little bit unsettling. It seems almost like a fatal flaw. Amazon scales from zero to Netflix. We just want to be able to help people on that path.”

In a sense, then, Convox is aiming to try to do something Heroku tried — an application platform sitting atop Amazon. But Convox does want to ease application deploy across other infrastructures.

It helps that Convox is made of open-source software that developers can inspect, build on, and even modify to create tools that meet their own needs.

“If people do outgrow the service offering, we hope they have a good place to start from to help them meet their exact needs,” Dollar said. “We don’t really worry about [companies] moving off of Convox onto AWS.”

And Amazon Web Services isn’t a competitor, because Convox currently directs workloads to Amazon — from the basic tools like EC2 and S3 to the more sophisticated ones, like Lambda, the EC2 Container Service, and Kinesis. “Our working relationship with them is great,” Dollar said.

As an open-source project, Convox could run into trouble getting adoption, given the existence of projects like Cloud Foundry, Red Hat’s OpenShift, or Engine Yard’s Deis.

But San Francisco-based Convox can boast that it knows all about operating infrastructure at scale — reliable Amazon infrastructure, at that — given its three founders’ experience at Heroku. Dollar and fellow cofounder Noah Zoschke both joined Heroku in 2009.

A few dozen active installations of Convox are running right now, and the startup is focusing more on adoption than revenue at this point. Offering managed hosting could be the most immediate monetization move.

At least the startup knows its goal.

“Our job now is to bring the same Heroku-like experience to a more raw Amazon deployment,” Zoschke told VentureBeat. “You shouldn’t have to worry about very much to take your application and put it on the Internet
and deploy your first app instantly. That’s not the case on Amazon. It’s better than ever, but it still requires a tremendous amount of documentation.”