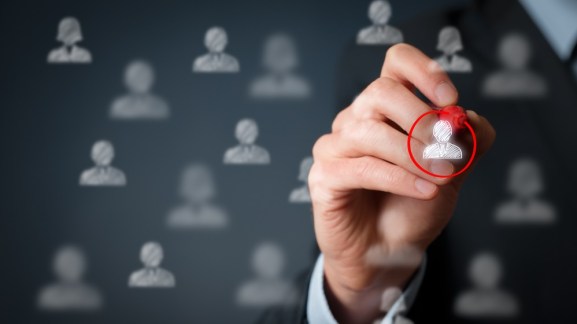 In September of 2014, the DoL announced it was dispersing $10 million in grants to help 19 states combat employee misidentification. And last month the department continued its war against misclassification with the release of ‘Administrator’s Interpretation 2015-1’. Though non-binding, that document effectively expands the “economic realities test” often used when courts judge whether a worker is an independent contractor or a standard employee. The message is clear: “Most workers are employees under the FLSA.” Any business that contracts jobs to 1099 workers must reevaluate the scope of that relationship or risk being slapped with serious penalties and fines. Thankfully, Interpretation 2015-1 makes it easier to distinguish between a contractor and an employee.

How important is the worker to the company?
Nearly anyone hired to fill a role vital to the operation of the hiring company must be classified as an employee. Note that the question is not whether the worker is easily replaced or if the job is difficult – it’s the importance of the job they were hired to do. Take a landscaping company, for example. The business designs, creates, and maintains yards. A major part of that is mowing lawns. Without someone to mow those lawns, the landscaping company loses customers. Most people can mow a lawn, but that doesn’t mean the company can treat the person they hire to mow as an independent contractor. But if they asked another person to design some appointment and bidding software for them, that person could be an independent contractor, as what they do for the company, while complementary, is non-vital.

Is there an expectation of permanence?
Independent contractors must be independent. That is, they should naturally eschew any situation wherein they would depend solely on one job. Working with multiple companies is a safety net – if one job falls through, it’s okay. But if the expectation of permanence is created, that worker should be reclassified as an employee. A marketing firm that decides to expand into content marketing normally needs a blogger. That blogger isn’t vital to company – after all, the firm was operating without one before – and may very well qualify as an independent contractor, as long as they remain independent. But if the marketing firm asks that blogger to devote more time to the firm’s projects and to learn how to use the company’s CRM system, it’s fostering dependence. That could shift the blogger from independent contractor to standard employee.

Do they work for the company, or is the company a client?
Actual independent contractors run their own business. That’s why they report and pay self-employment taxes, set their own hours, negotiate contracts, and invest in their own equipment. While the DoL made it clear that control is not the sole line separating contractors from employees, that factor is still one of the most useful to correctly classifying a worker. A company that, in any way, sets where and how work will be done is controlling an employee. Custodial work is a great illustration for this rule. A lot of smaller officers will contract a cleaner to occasionally tidy everything up. That cleaner is non-vital, and most of the time they work with multiple companies, as a small office doesn’t need to be cleaned every day. But in order to classify the cleaner as an independent contractor, the hiring office must be a client, not an employer. The company can’t tell the custodian they must show up every Tuesday night and clock in from 7-9. The custodian can tell a business that is when they are scheduled to clean an office, but that’s about as far as it can go. A company that wants to set hard hours for custodial work must hire an employee.

The six-factor economic realities test is still the go-to guideline, but the DoL’s clarification of those standards broadens each factor’s reach. The guidelines exist to judge economic dependence, the real crux of this controversy. A worker must be in business for his or herself to qualify as a 1099 contractor. Once that worker depends on, or is expected to depend on, one, single client, the nature of the relationship shifts. And once that happens, they are entitled to the same protections and rights afforded to any standard employee.

Deborah Sweeney is the CEO of MyCorporation.com, an online legal filing service for entrepreneurs and businesses. Follow her on Twitter @mycorporation.