Altering its longtime strategy of being an intellectual property licensing company, Rambus is announcing today that it is making its own chips and directly selling them to hardware makers for the first time.

Rambus was started in 1990 as an inventor of a new kind of memory chip interface. For 25 years, it licensed that technology and others to chip manufacturers, and it built a $300 million publicly traded company creating technology that other manufacturers used in their chips. But now it’s ready to move up the food chain in the electronics business by manufacturing its own Rambus-branded chips for high-speed computers in data centers. 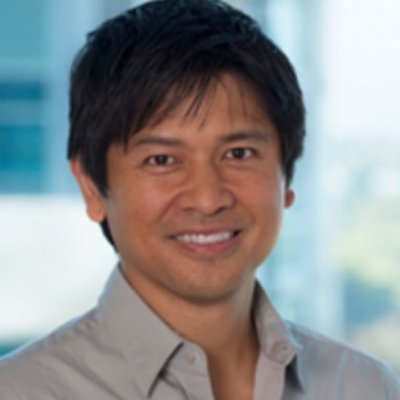 Above: Ely Tsern of Rambus

The move will enable Rambus to move into advanced chip markets more quickly than it could in the past through deals with its partners, but it also carries some risks, as it means that Rambus could potentially compete with its own customers.

“It’s a really exciting milestone for the company to enter the chip business. We’ve been at it in stealth mode for several years,” said Ely Tsern, vice president and chief technologist at the memory and interfaces division at Rambus in Sunnyvale, California, in an interview with VentureBeat. “We’ve done a lot of licensing in the past. Having our own capability to do chips gives us more direct control. We can take the technology and make it more accessible to customers. We view it as a very natural extension of our business.”

Rambus is making an advanced server memory interface chipset, dubbed the RB26 for R+DDR4 memory modules. The chips are like the wheels on Ferraris. They enable memory to keep up with high-speed data processors in enterprise and data center server markets. This new family of chips will enable applications such as data-intensive processing, real-time analytics, virtualization, and in-memory computing with increased speed, reliability, and power efficiency.

Rambus will still do licensing, but it will have a blended business model going forward, Tsern said.

The new chip set is essential for today’s cloud computing technology. Large in-memory databases power cloud services and advanced analytics tools. But the progress of chip making technology — codified for years as Moore’s Law after a 1965 prediction by Intel chairman emeritus Gordon Moore — is starting to slow down. To keep up, Rambus concluded that it had to make bigger advances in the design of the core elements of servers. So it came up with a new kind of high-speed server memory interface chip set, which enables better speed without compromising on memory capacity.

“Every server today users memory modules, and the new technology today is transitioning from DDR3 to DDR4, which was introduced last year,” Tsern said. “Every DDR4 chip module needs these chip sets to work faster. It’s a critical part of making a system work reliably, and it’s a very good alignment with our expertise.”

Mario Morales, vice president of semiconductors research at market researcher International Data Corp., estimated that the average dynamic random access memory (DRAM) capacity per server is projected to more than double in the next three years. DDR4 memory is used in about 25 percent of servers today, but that is expected to hit 100 percent penetration 2019, Morales estimated.

“Data centers and enterprise markets are under increased pressure to implement enhanced memory architectures that meet the capacity and bandwidth requirements to handle large amounts of complex data,” said Patrick Moorhead, president of Moor Insights & Strategy, in a statement. “Rambus’ deep expertise in advanced memory designs makes them the newcomer to watch in the server memory chipset market.” 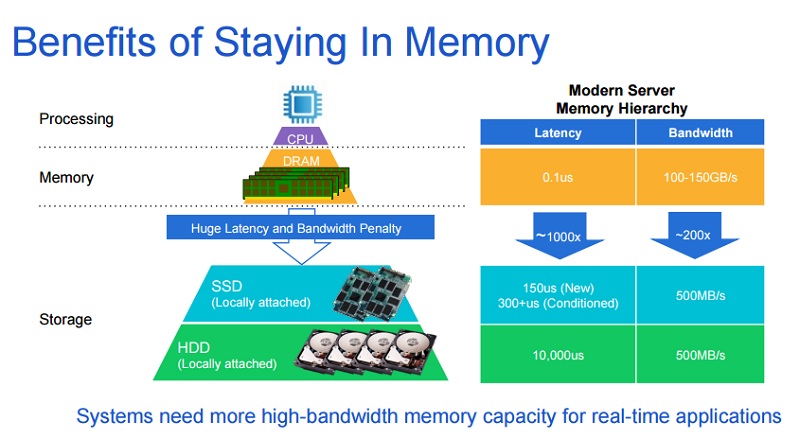 Above: Rambus’ solution to feed more data to servers.

Rambus is demonstrating its new chip set at the Intel Developer Forum in San Francisco this week. Rambus has more than 500 employees. About 65 percent are engineers, and 15 percent have doctorates. Over the past few years, the company has had to add more internal manufacturing expertise, Tsern said.

Like other “fabless” semiconductor companies, Rambus will use contract manufacturers to build the chips that it designs.

As for why Rambus is shifting into making its own chips now, Tsern said that the amount of data going into data centers is increasing exponentially. Data has to be brought closer to the processor to be analyzed more quickly. The responsiveness of a data center is directly related to memory speed, Tsern said.

“The second big growth wave has to do with DDR4,” he said. “It’s on a very steep adoption curve. We think it will be 80 percent in 2017. We are jumping on that bandwagon. This is a very exciting growth opportunity.”

Tsern said the company is working closely with Intel to ensure that memory chips keep up with Intel’s server processors and motherboards.

Morales said in an email:

The announcement points to an evolution in Rambus’s long standing business model. The buffer market in servers and network gear is an area where Rambus IP can differentiate, and the market timing could be good given that DDR 4 is at an inflection point in the server market and the demand for performance has never been higher.

The overall opportunity is small relative to the memory component suppliers like Samsung and SK Hynix who look to small companies to address the buffer chip, but for Rambus it offers the company a new area of diversification, especially in a very consolidated memory IP market where Rambus already has IP engagements with every major memory supplier.

The opportunity and size of the server buffer market is about $300 million, which today is primarily served by two players, Inphi and IDT. Rambus’s core competency is high performance interface solutions, and this opportunity plays to their strength and close tie to memory, CPU, and system companies so they will have an equal chance to gain traction relative to the other suppliers. This could be the beginning of more ventures by Rambus in the chip design business.