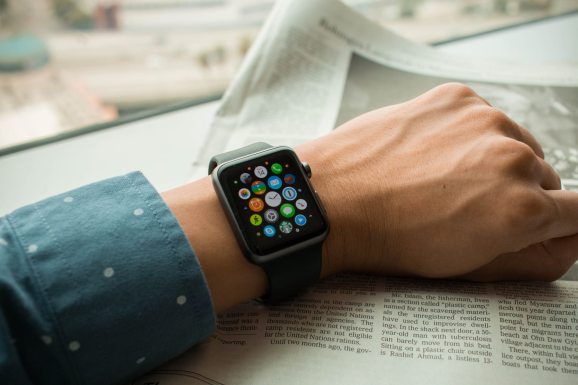 The reviews are out on the Apple Watch: It’s a great idea that has yet to meet its full potential. Despite gold-plated designs and brand cachet, this year’s most coveted wearable is still falling short.

It’s not a hardware issue.

Apple quickly fixed hardware glitches like the sensor that quits when exposed to a sleeve tattoo; the company will also remedy initial defects like the weak glass screen that shatters when you drop the watch.

Rather, software is the key to the Apple Watch’s mainstream adoptability.

The onus is on developers to get it right — and so far, many haven’t. It takes more than a shrunken phone app to meet the demands of the smartwatch wearer. As Tumblr cofounder Marco Arment put it, “I originally designed [my] Apple Watch app … with a scaled-down version of the iPhone’s app structure. This seemed like a sensible adaptation of my iOS app to the Apple Watch. In practice, it sucked.”

The newest generation of successful apps aren’t representative of the last. In order to succeed, smartwatch apps must act as extensions of our own internal processes. That level of refinement, in turn, will up the quality of apps on every device.

A new device? Not quite

The smartwatch isn’t something people carry in their satchels. It’s an extension of the wearer. The watch removes almost every barrier between self and machine. Users won’t tolerate noise on their wrists. They must trust the watch to add value to their lives with every interaction.

Smartphone apps in miniature won’t accomplish that, even though the App Store for Apple Watch is full of them. Of the 3,500+ Apple Watch apps in existence today, most will never see the light of profitability. Only 10 apps can appear on the Apple Watch’s selection screen at a time. This heightens the app Darwinism that we’ve been recently seeing on the smartphone and tablet — and it forces app developers to adapt the way they create.

A personal assistant on the wrist

Techies have been talking about the next digital personal assistant for decades. From Blackberries to robot housekeepers, each device is touted to hit that next level of intelligence. The smartwatch is the latest iteration of this meme, and rightfully so—nobody will tolerate a screaming commercial on their wrist. Every feature on a smartwatch app must be intelligent and adaptable enough to make life easier, every time. Apps that complicate or intrude will quickly be forgotten.

This forces smartwatch app developers to put in more strategic thinking upfront. Getting a user’s attention once is easy. Getting it time and time again, on a device connected to the skin, is an art.

The current mentality around app creation harkens back to the days, not so long ago, when mobile app development was like a virtual gold rush. Firms would find a reason to create an app, put it together, test, and iterate until users were happy with it.

This approach continues to work in the wearables era, but with far less margin for error. Developers must get it 95 percent right the first time, because users will quickly delete an app that interferes with their daily routines. The most successful apps will work well with voice control, integrate with sensorsm and employ machine learning to personalize communications and customize alerts. This must happen succinctly and on every screen size.

That’s a tall order for programming. Not only should integrations work smoothly — a challenge in itself — but the app should be designed to act as an extension of the wearer’s will.

Here’s a theoretical example: Your car tells your watch that it’s time for an oil change. Your watch checks your schedule, compares it to the three most highly-rated local mechanics’ calendars, and makes the appointment. The watch sets up reminders based on your past preferences. After doing the scheduling work, your watch sends you a notification asking you to confirm your appointment. You spend a couple seconds pressing “confirm” rather than spending 15 minutes online looking up the best mechanics, calling front desks, and wrangling calendars.

The smartwatch app has relieved you of a burden and added value to your life. Its value will increase over time: Not only will you grow accustomed to the app, but it will get used to you. It will use machine learning to adapt based on what you respond to, ignore, or search for. For example, it will get a sense of your preferred mechanics, and know at which times of day you prefer to go to the auto shop.

Designing close to the human mind

In practice, the best and worst apps come not from sophisticated code, but from developers’ decisions. Tiny screens and wearables are making app design more psychological than ever. Whether meeting reminders or heart rate warnings, interactions will be personal, dense with meaning, and immediately actionable.

Adapting a smartphone app to fit a smartwatch screen and hoping for the best yields a vastly different result than thinking through how and why users will engage. In the world of smartwatch apps, better software will be the difference that will make or break an app.

Marius Moscovici is the founder and chief executive of Metric Insights.