Dropbox has released the source code for its Hackpad collaborative note-taking application under an open-source license.

Dropbox acquired Hackpad in April 2014. About a year later the team behind Hackpad informed users that the code would become available under an open-source license “in the next few weeks.” When that didn’t happen right away, some people got frustrated and took to GitHub to vent.

But now the code is finally out there for people to install and build on — months after Dropbox has begun testing its own proprietary note-taking functionality, Dropbox Notes. 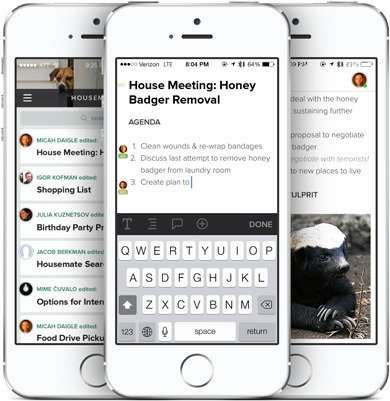 “We’re looking forward to seeing what people will build on top of Hackpad,” a Dropbox spokeswoman told VentureBeat in an email.

The code is available now on GitHub here.