Asia’s startup community let out a collective sigh of disappointment just before the weekend, when Taiwan’s vision of growing a startup ecosystem in a soccer stadium fell through.

The project had generated so much buzz that the South China Morning Post (SCMP) included it in a feature on the top 5 most promising Taiwan startups earlier this month.

In that piece, the SCMP wrote, “Taipei’s Zhongshan Soccer Stadium is… being transformed into a 100,000 square foot start-up cluster, including an accelerator, called Taiwan Startup Stadium, as part of the [National Development Council] efforts.”

But alas, as a blog posting on the project’s website rather bravely — and through teary eyes — admits, it’s the kind of setback that startup founders “have to deal with every day.”

The government has apparently designated the stadium’s future use to “other projects” instead. Meanwhile, TSS will remain at its temporary location in Taipei for now.

The blog post continued: “Despite the unanticipated venue change, what won’t change is the Taiwan Startup Stadium branding and the aspirations behind it… The TSS mission is to internationalize the Taiwan startup ecosystem. While you could say we’ve just pivoted, our spirit remains unchanged.” 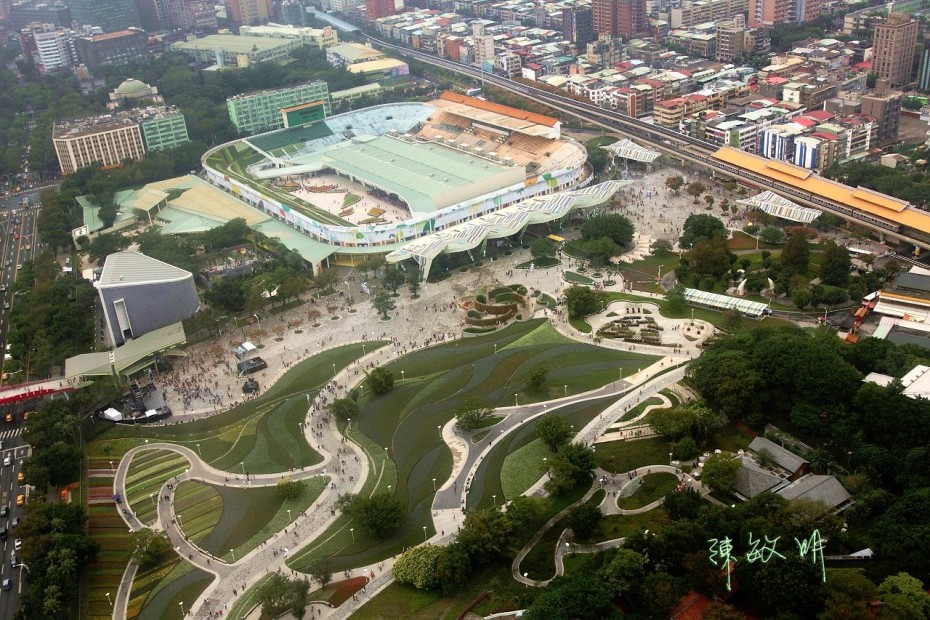 The project had initially been approved last August to uniform applause and high expectations by the region’s startup community.

At the time, one of the drivers behind the idea had been to bolster Taiwan’s slowing manufacturing sector by supporting new internet companies and startups. This was to go side-by-side with moves towards deregulation, increased access to international capital, and a more nurturing relationship between Taiwan’s government and the startup community.

Taiwan has produced a handful of notable startups in recent times, with perhaps one of the most notable being environmentally-friendly scooter startup Gogoro, which has to date raised $150 million from the likes of Panasonic and HTC’s founder Cher Wang.

Commenting on an official Facebook post about the news, Jeffrey Paine, a founding partner at Singapore-based venture capital firm Golden Gate Ventures, said, “It’s the infectious people I know at TSS that will move the ecosystem. Infrastructure does not stop anyone. Keep it up.” (We’ve also reached out to Paine separately for comment.)

Claims that the project has failed are not entirely valid. While part of its core mission has failed, its spirit and goals may yet live on. But what seems to have failed here is the Taiwan government’s commitment to its startup ecosystem.

One obvious question remains: Does the name still work now that it’s no longer going to be in a stadium?

We’ve reached out to Taiwan Startup Stadium, Taipei City Government, and the National Development Council for further comment. We’ll update you if we hear back.

Update: The project’s captain, Anita Huang, has offered the following comments to VentureBeat in an email:

As I wrote in [the] blog post announcement last Friday: the Taiwan Startup Stadium mission is to internationalize the Taiwan startup ecosystem. While you could say we’ve just pivoted, our spirit remains unchanged. Our approach is connecting talented tech entrepreneurs with relevant resources, channels and networks by pragmatic programs we launch over time, so to expedite their growth globally – such as our Accelerator Bootcamp, international conference outreach, and Founders League mentorship — including soon taking a 12 Taiwan startups delegation to TechCrunch Disrupt SF under Taiwan Pavilion late September. The only thing changed is the stadium location. We will soon expand TSS growing operations in downtown Taipei from 2 floors to the whole 6 floors of the current building we are in. My most favourite comment to the location change is: “the world is your stadium”. Same to entrepreneurs from Taiwan.

A separate spokesperson from TSS also pointed VentureBeat to a statement dated August 21 from the National Development Council, which we have included below:

With the aim to assist Taiwan startups expanding to the global market, National Development Council (NDC) and Taipei City Government previously agreed to cooperate on building an International Startup Cluster, named Taiwan Startup Stadium (TSS), in Zhongshan Soccer Stadium of Taipei Expo Park. However, considering the said venue is not for a long-term use, thus it’s not effective in terms of government budget spending; both parties have agreed to relocate the startup cluster. Earlier this year TSS temporary office was opened at NDC’s Songjiang Building. Due to its vision and performance, TSS has received the support of local startup communities and coverage of international media. NDC and TSS will continue to provide and expand services for startups in Songjiang Building before the new location is decided. In the planning period of the International Startup Cluster, NDC and Taipei City Government have built mutual trust and confidence. In the future, both parties will keep cooperating to accelerate the development of Taiwan startups.

The fact that these comments from NDC seem to make clear that the stadium is not available “for long-term use” makes me wonder why the project was built around the whole thing in the first place.