While car-hailing app Uber has certainly had its fair share of clever ad campaigns to date, its latest attempt in Singapore and Kuala Lumpur on Thursday doesn’t appear to fit in that category.

“Food aficionados city-wide, the countdown to the premiere of MasterChef Asia is nearly over!” the company said in an announcement. “As you get together to watch Asia’s top home cooks battle it out for the ultimate title to be Asia’s first MasterChef winner, we want to make sure you don’t need to spend your evening battling your way through the kitchen!”

Check out the sizzling #UberDINNER line up for tonight – curated for all tastes and preferences! #MasterChefAsia http://t.co/pN3np5T9Ou

Uber gave users in the two locations the following instructions for ordering their “no cost to you” on-demand dinner (“as easy as requesting your ride,” the company said):

But then the inevitable happened — Uber was hit with through-the-roof demand for the free meals from users, and it quickly became apparent that there was no way this one was going to end well.

Feeling they’d been misled, some users quickly took to social media to rant their frustration:

@UberUKsupport Probably one of the worst campaigns by Uber. Who approved #uberdinner event in Malaysia should've been slapped.

No meals available in any area?! #uberdinner

How is demand "off the charts" when I logged in at 7pm and had "no meals available" everywhere I placed the pin? @Uber_SING #uberdinner

The Kuala Lumpur-based restaurant, Dah Makan, which partnered with Uber for the campaign acknowledged the problem via its Twitter handle:

Hi guys, sorry if you are having issues ordering dinner from the Uber app tonight, Uber is working hard on it!

While it’s perhaps hard for users to complain that they didn’t get a free meal from Uber, it does highlight the fine line between well-intentioned perks for your users and misleading marketing.

“This is a classic case of startup marketing myopia,” Dan Clarke, the former head of SEO at Groupon (Berlin), and now founder of Singapore-based digital marketing consultancy disruptient, told VentureBeat. “I would guess that they have a young, energetic, optimistic, but possibly naive team running their digital marketing.”

He added: “This is just like the classic Groupon stories of cupcake sellers who would misjudge demand and run ruinous deals. In a city like Singapore, when surge pricing is increasingly normal, the idea that they would give away Michelin star food for free — during rush hour — is the Mount Everest of misunderstanding demand.”

We’ve reached out to Uber for comment, and will update you if we hear back. 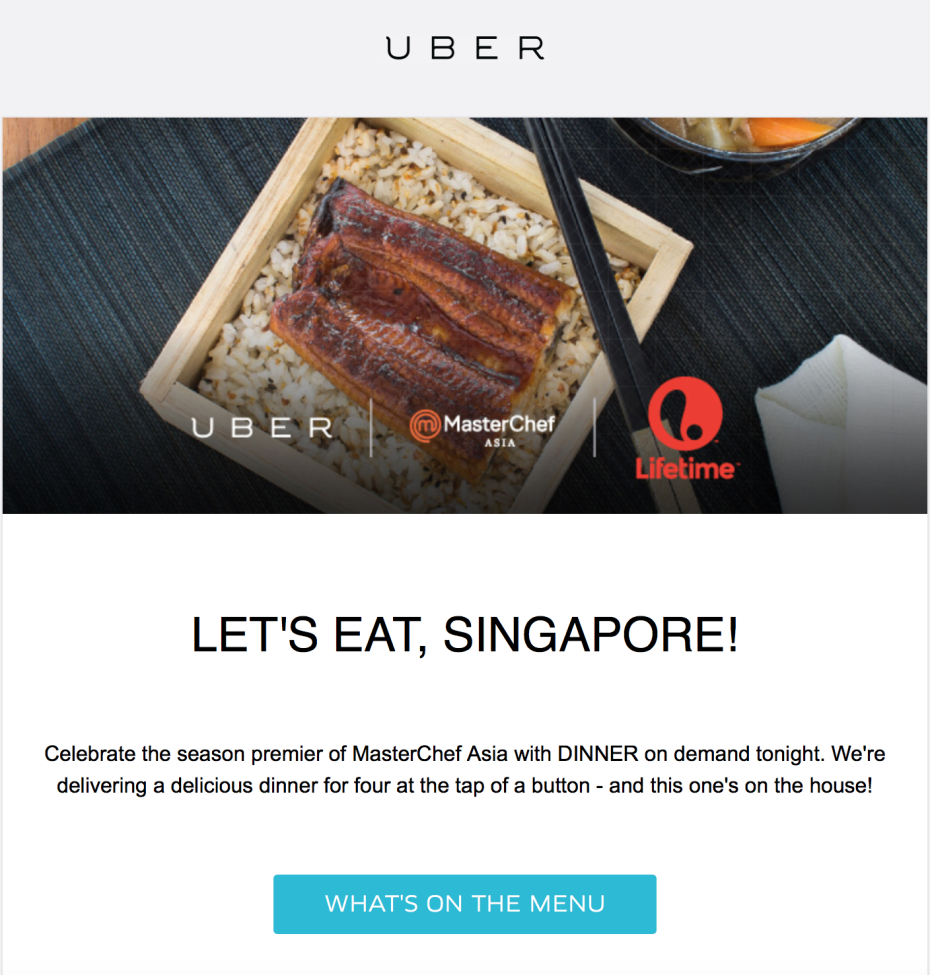