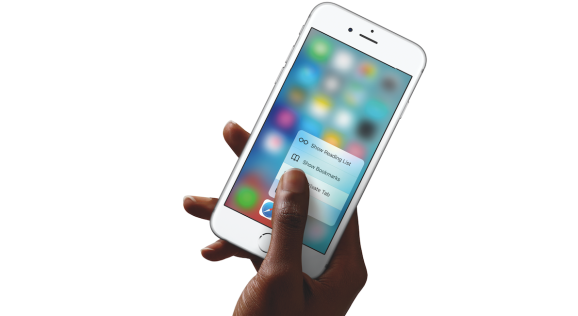 Apple is bringing its pressure-sensing Force Touch tech to the iPhone 6s — and thankfully it gave the feature a new name.

When the feature first debuted on the Apple Watch, Apple faced some criticism for its name. Some felt the title too closely resembled descriptions of sexual assault (rape, for instance, is forced sex). Now, as the technology comes to the iPhone, Apple has the wherewithal to rename it something more benign: 3D Touch.

But with the demise of one strange name comes another bizarre piece of marketing. Apple is referring to the functionality that accompanies its Taptic Engine as “peek and pop.” When navigating the iPhone 6s, users can now press their finger lightly on a link or notification to get a “peek” at its contents or apply more force and “pop” the content into full-screen mode. This phrase “peek and pop,” employed throughout the demonstration — while not sexual — is just as weird as Force Touch.