Apple announced its next generation of iPhones, the iPhone 6s and 6s Plus, at a large press event in San Francisco Wednesday.

From the outside at least, the new phones look identical to their predecessors, the iPhone 6 and iPhone 6 Plus, with the form factor and screen sizes (4.7 inches and 5.5 inches, respectively) remaining the same.

But the similarity ends there.

The iPhone 6s and 6s Plus are powered by Apple’s new 64-bit A9 processor, which Apple says can render graphics up to 90 percent faster than earlier chips. The increased processing power, Apple said, will be most readily apparent in gameplay and video playback.

The M9 motion co-processor is baked directly into the chipset in the phone to power things like health apps and Siri.

The new 6s phones have a 12-megapixel rear-facing iSight camera, which Apple says will create brighter and clearer stills and video. This is an improvement over the 8-megapixel rear camera in the iPhone 6. (The limitations of that camera can be clearly seen in the washed-out details of images.) 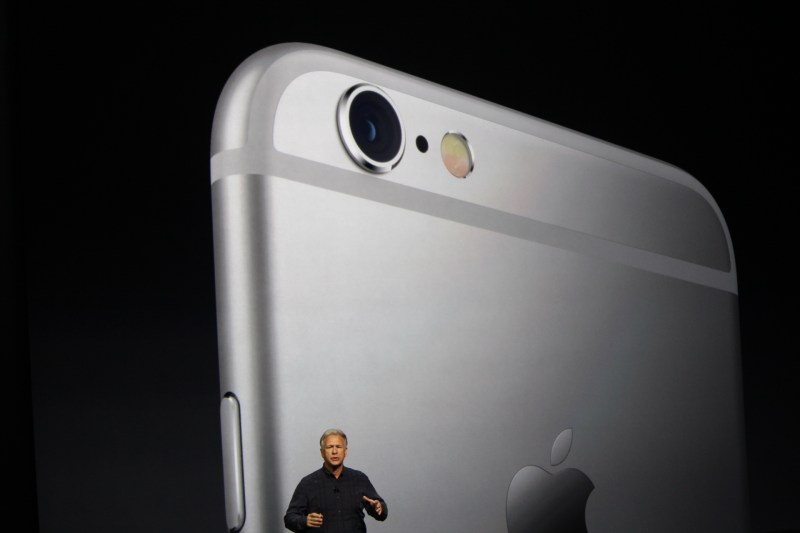 Above: Apple’s Phil Schiller talks about the new cameras. 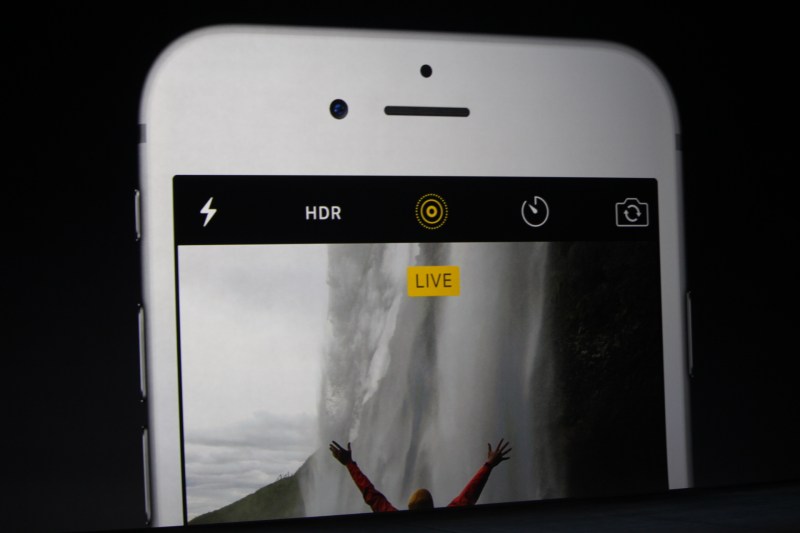 Above: A “Live Photo” being shot on the iPhone 6s.

Apple introduced a new photo trick today that animates photos shot on the new phones. “Live Photos” are marked by a special three-circle icon, and seem to animate when the user presses and holds on the image. Apple’s Phil Schiller stresses that these are not videos. Rather, the camera extends the capture moment to just before and just after the photo, so a few more “contextual” frames are included with each shot. 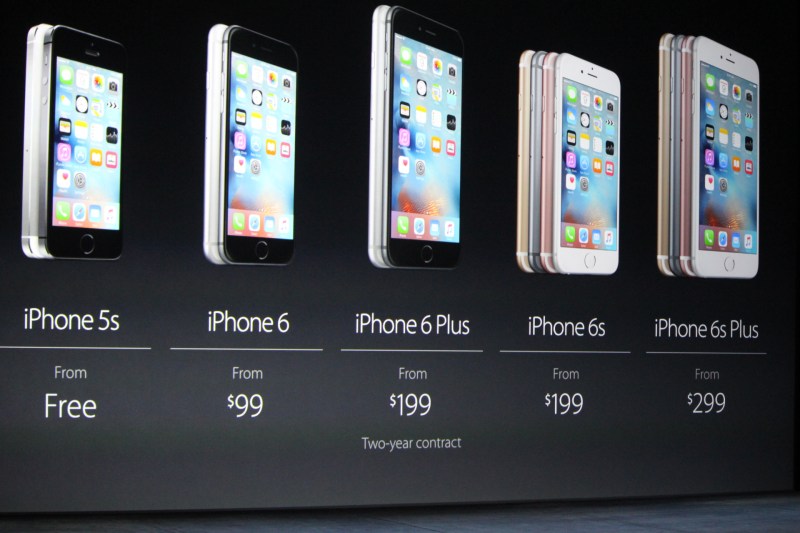 As we reported in early June, the new iPhone 6s and 6s Plus offer a new input feature called Force Touch and haptic feedback. That feature has now been branded 3D Touch for the phones. It’s a touchscreen technology that can detect various types of user touches. A “3D Touch” is a long finger-press on the screen that conveys a different message to the operating system than a light tap or a normal touch. The screen then responds with haptic feedback — a tap — that gives you the illusion you’ve pressed down on a physical button. 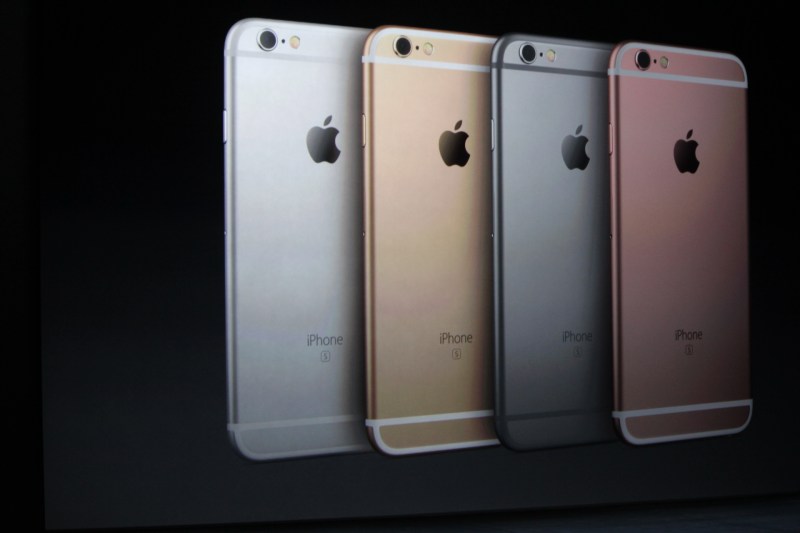 Above: The colors of the new phones.

To detect the various types of touches, sensors on the back of the screen measure the distance between the screen surface and the backlight. A hard sustained touch would, for example, create a shorter distance from the two as the finger depresses the screen.

In general, 3D Touch can be used to “peek in” on an app to get to a deeper level of information without actually launching the app. 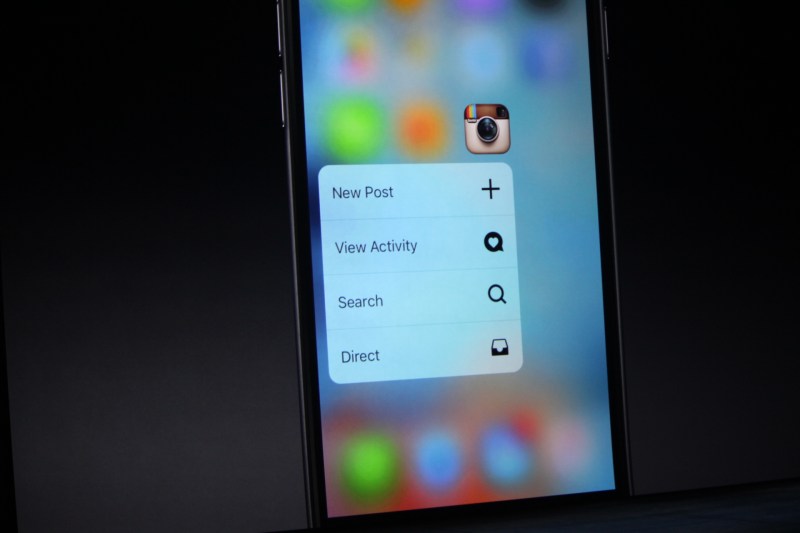 The new feature is deeply integrated in the OS. For example, a user could press and hold on an email message to open the message and drill down to the details. In another example, a user can 3D Touch on a flight number in a text messages to drill down to flight details. In maps, it can be used to drop a pin in a location. In a game, 3D Touch can be used to zoom in and out on a scene.

Yep, Apple was paying attention to the “Bendgate” controversy, which was spurred by a video showing a dude bending an iPhone 6 with his bare hands. Apple has accordingly strengthened the metal in the inner wall of the iPhone 6s’ back plate around the volume buttons — the place where the iPhone 6 was shown to bend. The screws that hold everything together are also in different locations inside the phone.

The new 6s will come in two new colors — Rose Gold and a darker shade of Space Gray.

The iPhone 6s will start at $199 with a two-year contract. The iPhone 6s Plus starts at $299 with the contract. Preorders start September 12, and the phone goes on sale two weeks later.

Apple’s challenge in building the iPhone 6s and 6s Plus was to offer an attractive-enough feature set to tempt current iPhone 6 owners, as well as owners of earlier iPhones, to upgrade. Only the sales numbers through the remainder of 2015 will tell if the new devices sufficiently charmed consumers.

The new phones have a hard act to follow in the extremely popular iPhone 6 — the first Apple phone in years to offer a larger screen. After launching the iPhone 6, Apple sold 74.5 million iPhones in the final quarter of 2014, a new record. In the following quarter, which is seasonally slower, Apple sold 61 million iPhones.