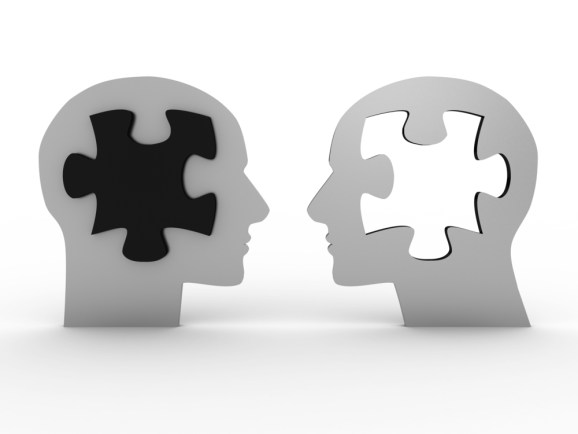 Sometimes innovation requires getting outside your own head.

The role of the chief information officer is changing dramatically. Gartner famously predicted a few years ago that by 2017 the chief marketing officer’s budget for new technology would outstrip that of the CIO. That might have been an exaggeration, but many CIOs are taking it seriously. Faced with the prospect of becoming mere custodians of whatever cool projects their fellow executives in marketing cook up, CIOs are learning to embrace innovation on their own terms.

It’s not always easy. To learn more about innovation, about 150 CIOs and other tech executives gathered in a small Microsoft-sponsored event on open innovation in Las Vegas this week. I moderated a panel there with senior tech execs from several very large organizations: NASA, Coca-Cola, Toyota, and AT&T.

A common theme at the event: CIOs need to look outside their own organizations in order to innovate effectively. And that requires undoing decades of comfortable precedent. In a nutshell, it means letting go of control.

Take NASA, for example. Jason Crusan, director for the Advanced Exploration Systems Division with the Human Exploration and Operations Mission Directorate, has pushed his organization to embrace — and foster — open-source projects as a way of increasing the organization’s leverage. NASA’s 2015 budget is $17.5 billion, or about 0.5 percent of the overall federal budget, and Crusan points out that 95 percent of that budget is spent on outside contractors, private companies who have long formed the backbone of the space industry in the U.S. So with just 5 percent of its budget left for personnel, and salaries strictly limited by government pay scales, Crusan doesn’t have the kind of liberal hiring budget that a Silicon Valley startup would.

Instead, NASA seeds innovation through open-source projects. OpenStack, for instance, was kicked off as a joint project between NASA and Rackspace. It has gone on to become a major cloud-computing platform used by many companies throughout the IT industry — including NASA.

More recently, Crusan has been supporting open-source development of a delay-tolerant networking protocol that could supplement the basic Internet TCP/IP layer. That could help NASA make Internet connections to the International Space Station more efficient. It could also help Internet pioneer Vint Cerf realize his dream of an interplanetary Internet.

AT&T has made its hunt for outside innovation explicit, by setting up five AT&T Foundry locations around the world. These are essentially incubators where promising companies can work and have access to other startups as well as AT&T expertise. Igal Elbaz, the vice president of ecosystem and innovation for the telco, and another panelist, spoke about how AT&T looks to foster the development of ecosystems, not just companies. It doesn’t view its innovation centers as startup farms, growing companies for possible acquisition. Instead, it’s much more interested in making sure that the telco, and its networks, are at the center of a vibrant array of interdependent and mutually beneficial relationships between different companies.

And AT&T is willing to make changes in the way it does things in order to make that happen. For example, Elbaz described trying to set up a three-month free trial of a small two-person startup’s service a few years ago. AT&T had agreed to try the product, the entrepreneurs were willing to deliver it, and everything was good to go — until one of the entrepreneurs called up Elbaz to say she’d just received a 128-page contract from AT&T’s legal department. Needless to say, burying well-meaning startups in paperwork is no way to make your company startup-friendly. Elbaz says that today the company is able to execute such partnerships with one- and two-page contracts.

Another panel featured Techstars cofounder David Cohen and representatives of two joint Techstars projects, one with Disney and one with Barclay’s. The trio spoke about how important it was for the accelerator’s corporate partners not to be too “transactional” about their interest in the startup world. The ultimate benefit for corporations may indeed be improvements to the bottom line, but you can’t go into every startup relationship with an accountant’s eye. “Just give first,” Cohen advises his corporate partners, without expecting an immediate return: Open up the space for an incubator. Invite startups to play with your API. Give away free accounts. And don’t make every gift contingent on some expected future return on investment.

For CIOs, who are accustomed to managing projects to deadline and keeping costs under control while guaranteeing network uptime and application efficiency, this all may seem a bit “woo-woo.”

But, as Microsoft’s own CIO Jim DuBois said at the beginning of the day, the success metrics for IT organizations are different than they used to be. Now, IT teams need to deliver end-to-end experiences. They need to demonstrate a positive impact on the organization’s key performance indicators (KPIs).

You can’t do all that by yourself. So for CIOs, it’s time to start looking outside for innovation.