SAN FRANCISCO — Satya Nadella made an appearance at the Dreamforce conference Wednesday afternoon to give an update on his vision for Microsoft. He also took the opportunity to give a couple of demos on how his company views the adoption of technology and talk about how its products are accelerating change in the world.

Among his remarks, perhaps the most poignant was the announcement that Microsoft is contributing $75 million over the next three years to help bring computer science to under-funded schools. Nadella believes that computational thinking is going to be an important skill for the next generation and needs to be taught in every school.

This commitment will be used to fund nonprofit organizations, the first of which is Technical Education and Literacy in Schools (TEALS), which was started by Microsoft employees. It is already helping 6,000 students in 130 schools across 18 states in the U.S., but Nadella said he wants to scale that five-fold. He cited New York City’s 10-year deadline for schools to provide Computer Science programs as impetus for the announcement.

Besides sharing Microsoft’s philanthropic efforts, Nadella spoke at length about the direction of the company. In a fireside chat with WIRED’s Jessi Hempel, Microsoft’s chief executive spent an hour talking about the company’s goal of helping people maximize their time. 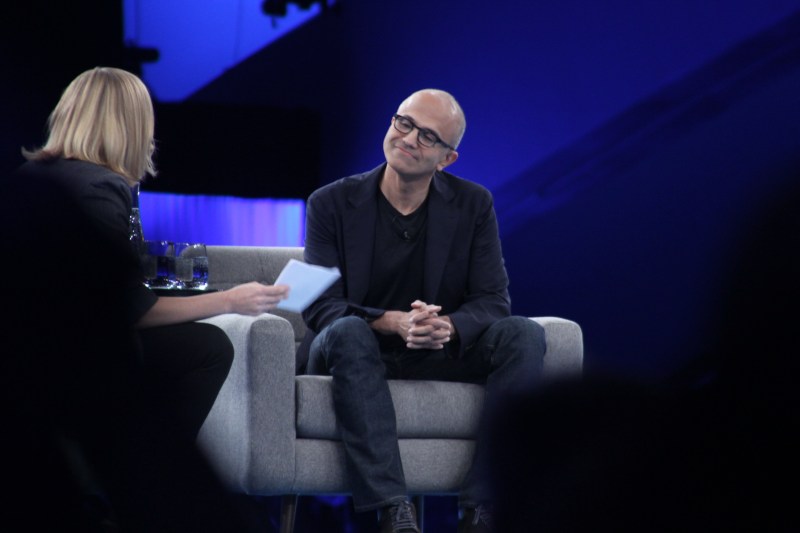 When asked whether the company has a soul, Nadella responded in the affirmative: “It has a soul because it’s made of people.” He went on to talk about how this understanding informs Microsoft’s core mission: “It’s the empowering of every person on the planet. It’s truly why I’m at Microsoft and that’s what we do at our best.”

In the year and a half since he took office, Nadella appears to have changed the culture at the iconic software and technology company. “Culture is everything,” he said. “Our success is determined by the culture of having everyone at Microsoft doing their best thing.”

“The culture of a place is what I think defines the pursuit of excellence,” he continued. “You can look at a company and say they’re doing great things, but you have to look underneath it because that’s what is producing greatness…There has to be enduring values. What I aspire [for] is a learning and living culture.”

In short, he wants Microsoft to be a place of “listeners, learners, and doers.” 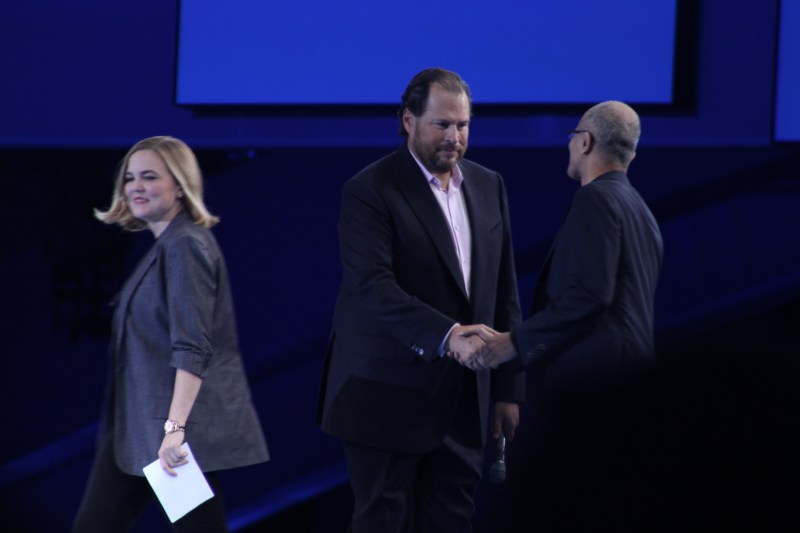 Nadella spoke about the company’s three big ambitions, the first around productivity, something that became apparent as soon as he took office. “Contributing or doing our part in terms of digital technology to drive success in society is one big ambition,” he explained. Other areas of focus include building an intelligent cloud and making computing more “natural,” as computing becomes increasingly ambient and integrated into our daily lives.

All of this plays a big part in the company Nadella wants Microsoft to be. And this shift has really caused the Redmond, Wash.-based company to re-examine its metrics. No longer are revenue and profits viewed as leading indicators of success. Instead Microsoft is focused on other metrics, including usage, and Nadella said the smartest people are being put on tasks focused on these new standards.

When talking about usage, Nadella said that Microsoft has been looking at daily active usage, monthly active usage, the ratio between the two, and also at the workflows that would help increase those numbers.

Productivity clearly seems to be Microsoft’s game, and whether you’re looking at Windows 10, the Microsoft Surface, Xbox, Kinect, HoloLens, Cortana, or any of its other products, you can find evidence of this efficiency ethic at work.